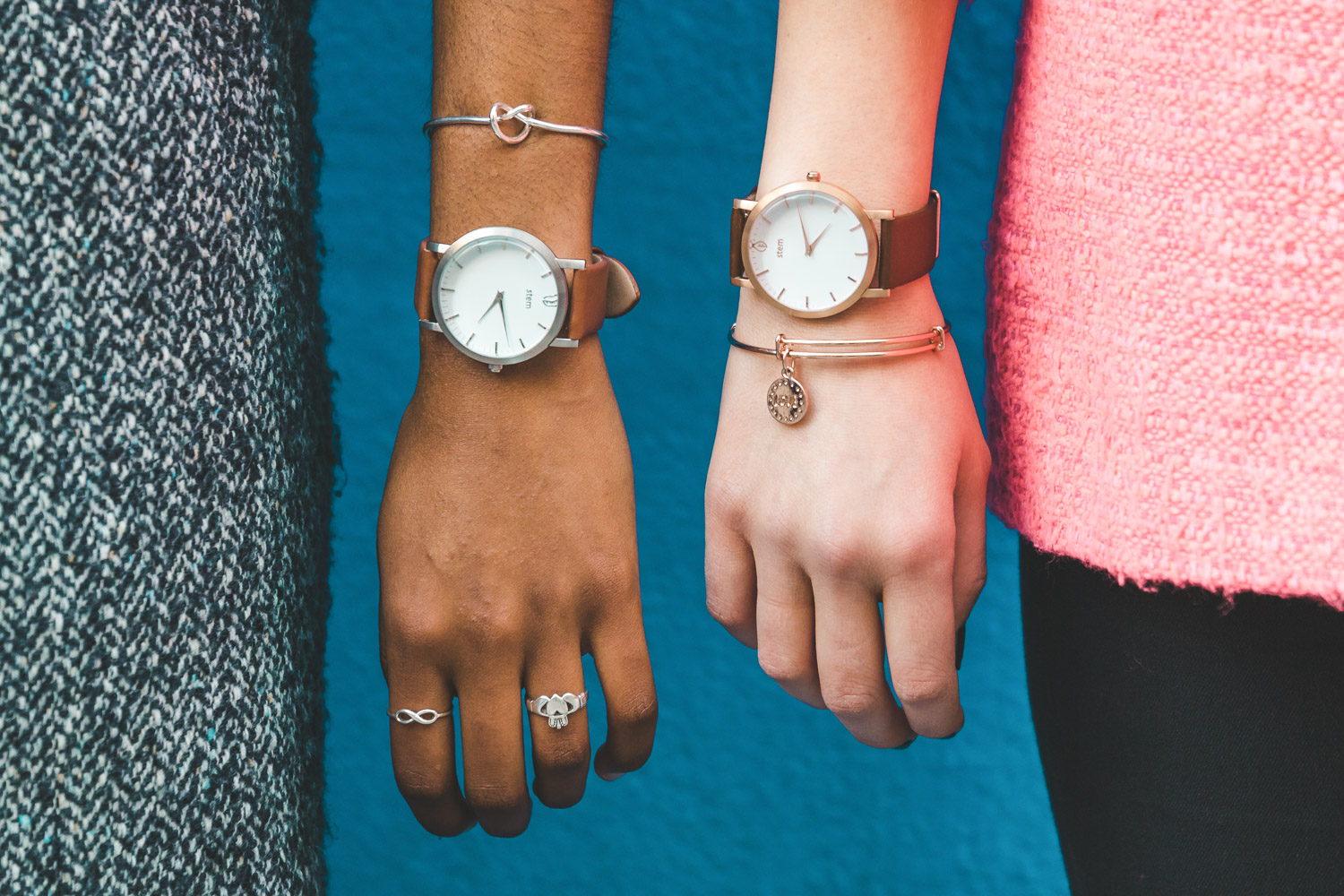 It is said that university is one of the best times in your life to start your own business. Students not only have the advantage of having lots of free time, they also have access to research facilities and resources that other groups so often don’t. Despite this, not many students can claim to have ever even seriously considered starting their own company, with most of us seeing the pressures of lectures and assessments as being enough of a burden. This was not the case, however, for Sam McAllister, a second-year politics and geography student, who has just launched his own watch company.

McAllister is the founder of Stem Watches, a unisex watch company with a social mission. Frustrated with the huge profit margins that he saw in the traditional watch industry, McAllister decided to set up his own company, which would be fully transparent in terms of pricing. Having always been interested in photography and design, McAllister had some background in branding and advertising. He wanted to set up his own brand while he was still in college and had the security of living at home. Speaking to The University Times, McAllister explained that he was undaunted by the idea of setting up a company while still in full time education: “I figured that it would at least give me an incentive to use my time more wisely because in my course I don’t have ton of hours each week, I definitely have multiple hours each day where I could be doing something else more productive.” It was from here that Stem Watches was born.

I wanted to set up my own company, but I also wanted it to have a social impact at the same time. So I figured it would be a good idea to partner with a charity

Stem Watches, however, is no ordinary watch company. The brand also has a social mission and aims to plant a tree for every watch sold. Their ethos is “Look Good, Feel Good”. Due to his background in outdoor photography, McAllister has a strong interest in the environment. He decided to partner with the reforestation NGO WeForest. “I wanted to set up my own company, but I also wanted it to have a social impact at the same time. So I figured it would be a good idea to partner with a charity,” explains McAllister. He approached Bill Liao, co-founder of WeForest, to ask whether they would consider partnering with Stem Watches. WeForest is a sustainable reforestation company who have planted more than 13 million trees to date.

As well as the environmental benefits, planting trees creates jobs for men and women living in impoverished areas, giving them a source of income. McAllister admits that initially it was difficult to get WeForest to consider partnering with a start-up company, but through perseverance and persuasion he managed to get them on board. For every watch sold, part of the profits will be donated to WeForest. This means that for every watch sold a tree will be planted.

Stem Watches features three unique watch designs with changeable leather straps, all of which were designed by McAllister himself. In fact, to date, the entire project has been a one man mission. “Everything is done by myself so far”, says McAllister. “The manufacturing part of it was definitely the trickiest. I was quite lucky to find a company in China who had an extremely good English-speaking sales team, which is still quite hard to find when you’re looking for manufacturers, so that was definitely the easiest way to do it.” Aside from the manufacturing all branding, advertising and design is done by McAllister himself. He says that his background in design has been extremely useful in this regard: “My background is in photography and I’ve dabbled in website making, brand advertising and all that sort of stuff, so I’d have a bit of a background there, especially in design, which definitely helped. I think if you were starting from scratch it would be far harder.”

McAllister is also involved with the Blackstone LaunchPad program in Trinity, which he says has been hugely helpful in promoting and developing Stem Watches. Situated in the Berkeley Library, LaunchPad is a programme designed to introduce entrepreneurism as a viable career path and to develop entrepreneurial skills which is open to all students regardless of faculty. Explaining how he got involved with LaunchPad Sam says, “ I had always heard of it, but it almost seems a little bit exclusive, you know when you walk past it in the library, but I went in and they could not have been more friendly and open to even just chatting about the idea.”

McAllister has just been accepted into the inaugural LaunchPad Sprints Programme, which provides mentorship and guidance to students who are involved in start-ups or interested in entrepreneurism. He believes that this program will be beneficial in helping him to steer his vision for Stem Watches in the future. “They love to hear from anyone who has even a concept in their head, they’re just there with their experience and guidance”, he explains.

Another important aspect of Stem Watches is its direct-to-consumer business model, a form of retail which is becoming more and more popular among both start-ups and existing companies. In traditional retail the cost of a watch can be marked up to as much as ten times the original price by the time it reaches the customer due to middlemen such as wholesalers and retailers who take a share of the profit. The direct-to-consumer model, like the name suggests, involves eliminating these middlemen and bringing the product directly to the customer to eliminate excessive profit margins.

The result is a high-quality product for a much cheaper price. Stem Watches retail for €69 compared to similar watch brands, which often retail at around €130 to €150, something that is achieved by being online only. McAllister does acknowledge that not having a physical store means that he has to put huge effort into advertising. He firmly believes, however, that his business model brings only positives to the company. Not only does it allow him to be more transparent and ethical in terms of pricing, but he also believes that the more affordable prices will attract more people, particularly young people, to his brand.

Young people are very much Stem Watches’s target consumers, and it’s easy to see why. The brand is very active on Instagram, Facebook and Twitter, and even has its own Spotify playlist. The minimalist design of the watches along with the changeable leather straps are evocative of Daniel Wellington watches, a Swedish brand that is very popular among young people. Given that Stem Watches retail for almost half the price of a Daniel Wellington watch there is no obvious reason why they could not compete with the Swedish company.

Moreover, despite the fact that these days most students are more inclined to check the time on their phone rather than a watch, McAllister firmly believes that a market still exists for watches among students. He points to the success of brands like Daniel Wellington, explaining that young people do still want watches, even if just for aesthetic purposes. “It has definitely now become the case that a watch is more a fashion accessory than a device to tell the time”, he explains.

Stem Watches are currently running on Kickstarter, a platform that allows entrepreneurs to crowdfund their own projects. Backers will not be charged for their pledge towards a project unless the funding goal is reached. Explaining the advantages of using a platform like Kickstarter, McAllister says: “It is a good idea because it’s an all or nothing approach and it only lasts for a month, so there’s definitely a sense of urgency with it that will get everyone to contribute in that period of time, which I don’t think I could have achieved otherwise.” The Stem Watches Kickstarter will close on December 8th, and is currently on target for receiving full funding. If it is successful, McAllister will be able to begin production in China and finish in February next year, meaning he will be able to ship the watches in Ireland by March 2017.

Looking towards the long-term future, McAllister hopes he will be able to continue with Stem Watches after college and if it is successful to bring in some staff to help out. “Ideally I’d love to be employing a few people in a couple of years, I think that would be awesome”, he says. Judging by the success Stem Watches has already, the brand will go own to great things. One to watch, it seems.