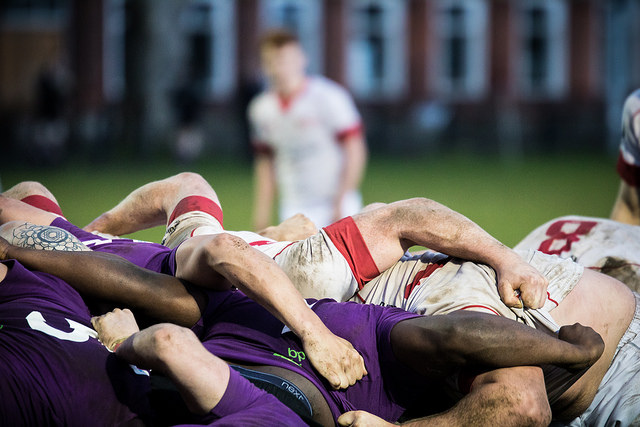 A few weeks ago, the Irish government launched a bid for what is often called the world’s third-largest global sporting event, the Rugby World Cup. In a video narrated by Liam Neeson, Ireland declared: “We’ve discovered the world likes the way we do things … We’re ready to create something unforgettable. Ireland! Ready for the world.” The bid, which has been emphatically supported at every level of government, will require 12 stadiums across the country. Upgrades and modifications to existing GAA infrastructure will also be necessary. With the Irish team seeing unprecedented success in recent matches and Irish tourism hitting record highs last year (generating over €7 billion in revenue in 2015), this seems like an excellent time to show the world that Ireland is indeed capable of hosting a prestigious global event.

As the bid is for 2023, we will have a long wait ahead of us, no doubt filled with various obstacles that the Bid Oversight Board will have to overcome. The board is chaired by former rugby international Dick Spring and boasts the likes of Brian O’Driscoll as their bid ambassador and GAA Director General Páraic Duffy. Watching their efforts over the coming years will be an interesting process, and a successful bid would be sure to pave the way for future events to be held here on this fair island. Just what events could I be alluding to? Well, why not the Olympics?

As the summer games has expanded into the ridiculous commercialised mess that we see today, a Dublin Olympic bid may seem like a foolish notion. Going up against the likes of Tokyo and Beijing are challenging, purely based on the fact that size wise Dublin is a featherweight compared to Tokyo’s 13 million people. Despite this challenge, Dublin could be moving into place to put together a fairly smart bid, without the numerous pitfalls to which many cities have fallen victim. One of the biggest issues small-market bids run into are the lack of viable venues for all the events. A respectable bid must be able to guarantee high quality amenities for the roughly 306 events over 42 disciplines.

This is where the World Cup bid helps, because traditionally large amounts of funding is dedicated to updating or building infrastructure to accommodate this influx of activity. However, fresh off the rousing success of a World Cup, Ireland would boast 12 pristine stadia. While several adjustments must be made in order to suit several of the events, this cuts funding costs substantially. The bid could also be used as a tool to develop the much-needed infrastructure that Dublin is currently lacking – notably a vital route to and from the airport. The M50 tunnel provides a slightly faster route to the airport, but realistically an express train or expansion of the Luas red line is desperately in order to accommodate an event of this nature. The bid could pave the way for increased funding for the project. This has been a tactic employed by local governments in the past.

For example, Vancouver used the 2010 Winter Olympics as a justification to fund a highway north to the mountain town of Whistler where the skiing events were held. That highway is still used to great effect today, as Whistler is a thriving tourist location. This event could be an excellent opportunity to further develop infrastructure that Dublin could similarly use to great effect. One of the bigger projects required would be the development of an Olympic village for the athletes. Horror stories like the unfinished Sochi accommodation can act as a deterrent for undertaking such a project, especially now as the villages can find limited use following the events. However, the development of community-style accommodation in Dublin city could easily turn into student residences, helping to address the housing crisis that has plagued students and citizens throughout the city. Recent developments like the Binary Hub near the Guinness Storehouse would be a perfect example of student residences being effectively used.

Despite all these things, the question can still be raised: why would the Olympics want to come here? Well, it has become clear that the excessive extravagance of these events is starting to greatly limit the potential hosting locations. Countries like Russia and China seem willing to dish out funding to these events year after year, but smaller cities are starting to avoid these events for fear of the economic toll they take. The people of Norway, for example, who hosted the excellent Lillehammer Games in 1994, voted no in a referendum about placing a bid for the 2020 games. This is understandable, given that only two of the last eight games dating back to Sydney (2000) made money, and Rio’s numbers are estimated to be absolutely in the red.

Given these failures, it has become clear that the Olympics need to downsize if it is to survive outside of totalitarian regimes. Before Sydney, however, the trend is reversed. In the eight events preceding, from Nagano (1998) to Los Angeles (1984), five managed to turn a profit, two recorded loses, and one managed to break even. Obviously these numbers were from a different time, but a downgrade in scale could be just the remedy for the overblown and ailing games. I mention this because if the Olympics are looking to reduce their scale, Dublin could be an excellent option. Our prior infrastructure, ever-expanding tourism industry, effective plans for the infrastructure post-games and affinity for throwing excellent parties could be the perfect recipe for hosting an Irish Olympics.

You may be wondering what this whole pipe dream of mine has anything to do with Trinity athletics. Well, think about it like this: national Olympic development programs have gained prevalence throughout the Western world. Team Great Britain (GB) was one of the first teams to start a moment of investment and support towards amateur athletics, with the sole motivation of winning medals and increasing athletic prowess at the grassroots level. This has resulted in the development of a new generation of athletes having success on the world stage. Following that, Canada’s Own the Podium program has given amateur programs across the nation increased funding and support resulting in a meteoric rise in Canadian success in global sporting events. A similar Irish program, motivated by preparations for the potential Dublin Olympics, could put more support into the hands of collegiate-level sports teams.

So, as we cross our fingers in hopes of bringing the rugby world to Ireland in 2023, this could be just the beginning. Ireland has never hosted an event on a scale like this, and the world coming together for the ancient games here could soon be a reality.