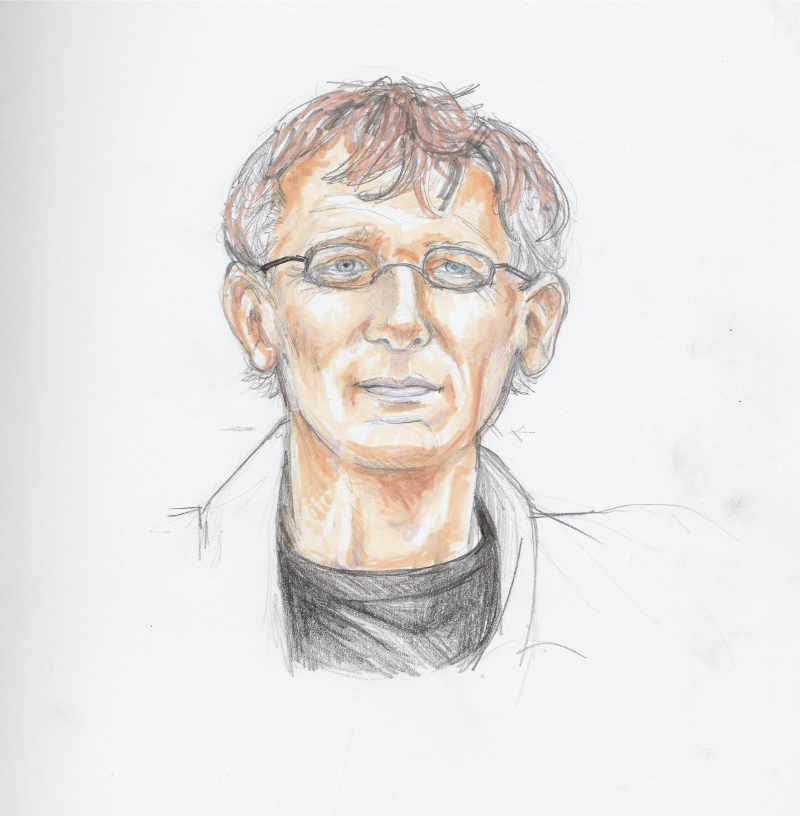 A professor in the School of Computer Science and Statistics, Head Warden in Trinity Hall and the Academic Director of Bridge21, Brendan Tangney’s life revolves around his students. His role in Halls alone, ensuring the welfare of 1,000 first-year students, is enough to make most people’s heads spin, yet he has excelled in the role, garnering immense respect over his time in Trinity. His story is deeply intertwined with that of any person who spent their first year on the Dartry campus.

Born in Cork, Tangney went to University College Cork (UCC) and first came to Trinity as a postgraduate student, where he then worked as a research assistant before being offered a temporary lectureship and eventually a permanent lectureship. Speaking to The University Times about what exactly he does, he wryly notes: “I am a professor in computer science. I do technology and learning and a lot of educational stuff. That’s my thing.”

With education his “thing”, Tangney uses this passion in his role as the Academic Director of Bridge21, a Trinity-based scheme that tries to incorporate 21st-century skills into second-level teaching. According to Tangney himself: “We have [had] an educational transformation agenda since about 2010 to change the Irish secondary school system.” No easy feat, by any means, but Tangney is confident in the work they do. The scheme itself has proven very popular since its foundation, with teachers and students from all across the country participating. Now the scheme has its sights set internationally, as it is in collaboration with the Tata Trust in India. Tangney and Kevin Sullivan, the Education Manager at Bridge21, visited India 18 months ago and are set to return early next term to discuss the next steps in bringing the project there.

Brendan is the Academic Director at Bridge 21, that’s his title, but he’s also sort of our spiritual leader

Tangney founded Bridge21 in 2007 when a postgraduate student, Brian Hatton, came to him about money available from the Pobal accounts fund to work with technology and children from socially disadvantaged areas. Speaking to The University Times, Sullivan notes that “Brendan is the Academic Director at Bridge 21, that’s his title, but he’s also sort of our spiritual leader”.

Within the School of Computer Science and Statistics, his teaching style is popular among staff and students alike. “What I’ve heard from students is that they love his style of teaching because he challenges them”, says Dr Richard Millwood, the Course Director for the master’s degree in Technology in Learning in the school, speaking to The University Times. “He gets them involved from the outset, he doesn’t just lecture at them. He challenges them, and I think this a very effective technique that he is very good at, and students appreciate that.” This kind of challenging work ethic is not something Tangney saves just for the classroom, explains Millwood: “He doesn’t waste time, and in meetings, he always brings that same kind of challenging dialogue he uses in teaching and analysis, which he has in profusion.”

These roles would appear to be a far cry from his role as Head Warden in Trinity Hall, though there is a running theme of generosity and wanting to help students in his various positions. Having been Junior Dean and the Registrar of Chambers from 2000 until 2005, Tangney was asked to take on the position of Head Warden in late 2005. “I moved into [Trinity] Hall in December 2005, originally for six months, and I’m still there. But this is my last year. Having gone to the trouble of moving, and uprooting the family, the kids liked it, and they liked the space, so then we said we’d stay for a couple of years, and then the Provost kept asking me to stay, so I kept staying”, explains Tangney. Sullivan is also an Assistant Warden in Trinity Hall and describes the role of Head Warden as staple in the Halls community: “The warden sets the tone for the whole place, so from the first minute of the first weekend, Brendan is working with the Assistant Warden team and with the JCR to help them create an environment that is welcoming and setting the standard for how we’re going to live for the year.” Sullivan admits that whoever takes over the post from Tangney will have their work cut out for them. “I can imagine other people will approach that job primarily as a disciplinarian, and Brendan is much more than that. Everyone else in Halls benefits from that”, he says.

RB McDowell, who was something of a legendary Junior Dean, said you should start a new tradition every year, and we’ve tried to do that

Tangney hopes that Trinity Hall can offer something unique to first-year students, particularly those who are leaving home for the first time. He believes that the system they have in place in Halls, including the Senior Common Room (SCR) made up of Assistant Wardens and the Junior Common Room (JCR), a committee made up of students in their second year in Halls, help students acclimate quickly to their new life in college: “There are a thousand people there, most of whom are living away from home for the first time, in a new city, in a new country, leaving school, finding themselves: that’s a big transition. And if there is anything we can do to help that and to soften it and to help them navigate it, that’s what we’ll do.”

Tangney hopes that each year in Halls will bring about a new tradition, be that from the residents themselves, the JCR or the SCR. “RB McDowell, who was something of a legendary Junior Dean, said you should start a new tradition every year, and we’ve tried to do that.” During his tenure as warden, in this endeavor anyway, he seems to have been very successful. “So we have the musical, and the Christmas Tree lighting, the JCR generations and the Carols by Glowstick. Every year we should be adding something to the mix.”

Sara Ní Lochlainn, President of the JCR, reiterates Sullivan’s sentiments that all that Trinity Hall is flows from Tangney: “In Halls, he commands respect while being effortlessly cool at the same time. He is truly loved by all the Halls residents, and I’ve nothing but thanks towards him for all the support he has given us and continues to give us all this year.” She goes on to say that Tangney’s departure will certainly have an impact on the residents of Trinity Hall. “I feel bad for all the future students and residents here that will have a Brendan-less Halls experience. He will be sorely missed”, she says.

I feel bad for all the future students and residents here that will have a Brendan-less Halls experience. He will be sorely missed

It is evident that Tangney is very passionate about the work that he and his team do in Halls. He believes that Trinity Hall has two purposes: a part of a holistic university education and a support service to students. He believes that the experiences one has outside of a strictly academic environment while in university can really shape an individual. “A lot of the richness that you get from the university education happens outside the lecture theatre”, explains Tangney. “Cardinal Newman once said that if he had a choice between an institution that just brought young people together for a number of years and one that put people through an examination system, he would go with the former. That the learning that happens just from unlike-minded people from different backgrounds, mixing together is extraordinary.” Tangney therefore firmly believes that attending university involves so much more than what we learn within the walls of Trinity or even the socialising within the college campus. “Clubs and societies are a part of it, but even outside that is a hugely important part of what university education is about. I think Halls is uniquely positioned to just facilitate people interacting with each other”, he says.

When describing Halls, Tangney quotes Evelyn Waugh in Brideshead Revisited, saying he enjoyed his description of the University of Oxford as “bathed in centuries of eternal youth”. Tangney finds this applicable to Trinity Hall too: “There’s a sense of people going through this new and fresh experience, and for them, it’s all new, but it’s been going on in Hall for over 100 years.”

Through his roles in Bridge21, Trinity Hall and as a professor, Tangney shows that his primary concern always lies with the student. From showing a secondary school teacher the best way to educate their students in Bridge21 to helping a student to find their feet living away from home, he has dedicated his life to the education of others. Millwood sums this up perfectly, describing Tangney as “generous with his students”. “He cares for them, and he gives them the best possible chance to succeed, which is treasured by them.”