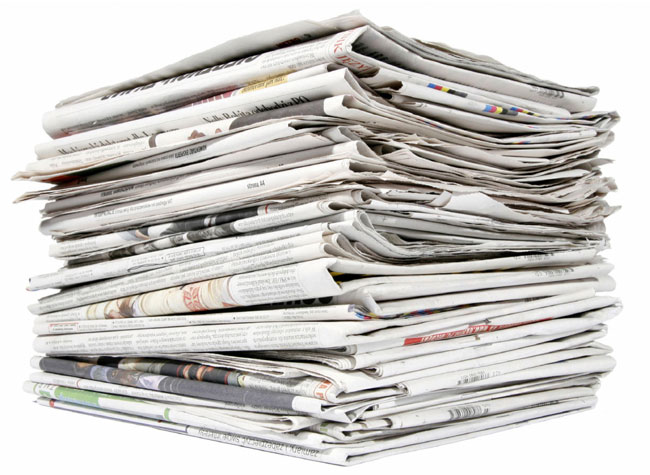 If you’ve managed to find a working definition of what plagiarism is in journalism, then you should let the Columbia Journalism Review know. And if you’re going to accuse someone of it, you’d better at least explain what kind of plagiarism they’re guilty of.

There is wide agreement that lifting specific language, like copy and pasting passages from an article, making only minor changes and passing it off as your own work, is plagiarism. But beyond that, it’s not really clear.

Of course, academia has a different definition of plagiarism. And thank God for that: the pace of journalism would slow down considerably if it had to apply the Harvard referencing system to every article.

In an age with thousands of media outlets and an ever-dwindling supply of actual journalists on the ground (by some measures, the US alone has 40 per cent fewer journalists than it did in 2006), we’ve come to expect that not every time we’re reading a story somewhere is it going to be written by the people who originally reported it.

Some of the more innovative publications of the past ten years were founded on the premise that aggregation was not only acceptable, but the only way forward in a cash-strapped industry. The better ones, of course, give ample credit and link back to the original story, but many do not. Naturally, there are some people who suggest aggregation might even be as bad as plagiarism – but that view isn’t widespread.

It goes without saying that newspapers should hold themselves to higher standards than those of today’s new-age outlets. Otherwise, there’s not much distinguishing a blog post – or a Facebook status – from a newspaper article. You expect a few layers of editing, and you expect that there was some consideration to what a newspaper publishes, whether it’s in print or online.

In that sense, the infractions attributed to Trinity News in yesterday’s College Tribune article are unacceptable. They amount to lazy journalism, journalism clearly underpinned by some shoddy – or lacking – standards.

But it doesn’t meet the only aspect of the plagiarism definition that there seems to be widespread agreement on, because the stories amounted to complete rewrites. From what I could determine before Trinity News removed the offending articles from its website, the stories had unique language. There weren’t any identical sentences, and few examples of overly similar phrasing. Yes, the stories threaded the same path – because they were about the same thing – but it was not a copy-and-paste job.

The main issue is that Trinity News did not do the reporting itself. It’s clear that the College Tribune and the University Observer were the only sources for the offending Trinity News articles. And that is not acceptable or fair, precisely because neither outlet was credited as the source. But it’s not plagiarism.

(The most recent article was also particularly silly: it reported on a UCD Students’ Union vote as if it were due to happen, when it had already happened. Now that’s just bad journalism.)

At the same time, reporting something without properly attributing your source happens all the time in newspapers. That doesn’t make it right, or fair. But if you’re interested in the ethics of journalism and think the New York Times doesn’t often enough have to update articles to give proper credit to the original sources, then you haven’t really been paying enough attention.

In that sense, it beats me as to why Trinity News was silly enough to apologise for this, if they were isolated instances, or just some of the “occasional mistakes” that its editor, Oisín Coulter, referred to. Updating the articles to cite the University Observer or the College Tribune – with a clearly marked editor’s note – should have sufficed. And in any case, apologies for plagiarism should primarily be directed at a newspaper’s readers, as with the 2014 cases of plagiarism in this newspaper.

But in other senses, an apology seems warranted: I know that these two examples are not the only examples of this happening in Trinity News. As editor of The University Times last year, I have seen a few cases where details were lifted by Trinity News from the pages of our newspaper, mainly because they were details that had only been told to our journalists.

So, it is a broader issue in the newspaper, rather than a silly mistake of a single journalist. Trinity lacks a journalism school, and despite having the best student newspapers in the country, its student journalists are typically bereft of professional journalistic guidance. If you’re a young, inexperienced journalist coming through one of Trinity’s student newspapers, you fit into a framework and you, by and large, do what has come before. No, it’s not what we should expect of a relatively senior editor, but it does make it a bit more understandable.

But in the end, based on what the College Tribune seems to have known about Trinity News’s practices, it seems to have made a much bigger hullabaloo out of this than it needed to. And that’s not very good journalism either.

Edmund Heaphy, a journalist with the Sunday Business Post, edited the seventh volume of The University Times.