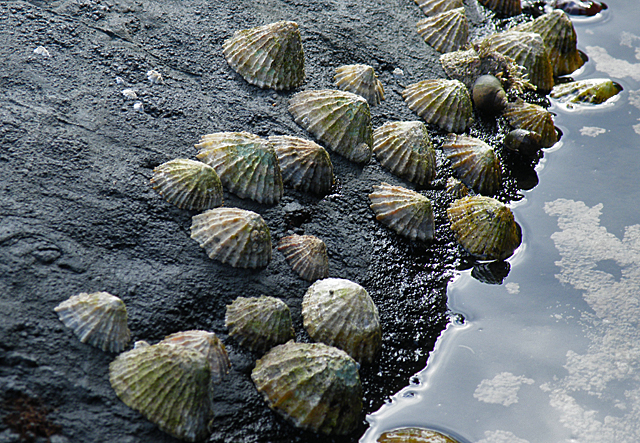 New research by a Trinity biomechanics engineer has revealed that limpets, when damaged, are able to repair and patch over small holes, and are found to be just as strong as before when subjected to large impacts.

Professor of Materials Engineering, David Taylor, from the Trinity Centre for Bioengineering, conducted the study, published in the Journal of Experimental Biology, on these marine snails that are often seen on clinging on to rocks along coasts during low tide.

Speaking in a press release, Taylor commented that limpets “have several features that make them interesting from a biomechanics point of view”, such as their “evolved mechanisms for adhering very strongly to the underlying rock and are also equipped with a set of very hard teeth”.

Instead of being prey to larger predators, such as seagulls, the limpets repair their shells with biological building material from within the body, following damage to their exoskeletons.

Taylor went on to comment: “It is incredible that they can repair their shells to be just as strong as the original ones, but it is also really interesting that they are still at risk from spalling weaknesses.”

Spalling is a common form of failure in materials, normally associated with concrete, where it fragments and breaks up into small pieces.

A particular problem for limpets is that their shells are designed to withstand single impacts, and not the multiple blows they experience in the sea. For limpets, flakes of the shell break off the outer layers and leave the inner layers bare. This is due to the eroding nature of the sea, which, when repeatedly exposed to can wear down surfaces, such as sea cliffs.

On the issue of spalling, Taylor noted that there was no perfect solution, whether on concrete “or a limpet trying to speedily repair his or her home on the seashore”.

“As engineers we often gain inspiration for solutions to real-world problems from nature, and from the way different plants and animals have adapted to life in harsh environments”, Taylor said.