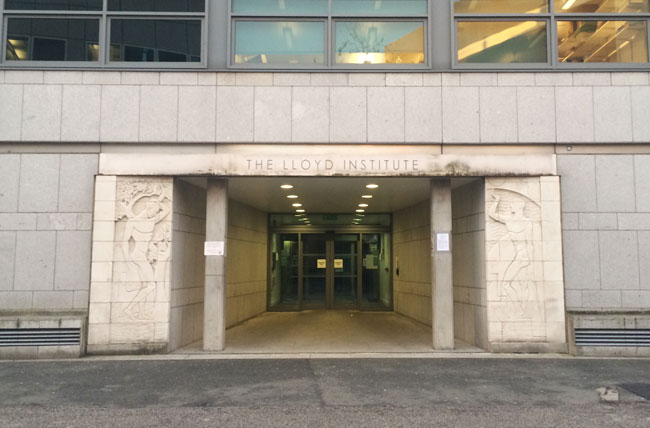 The brain is perhaps the most mysterious and complex phenomenon in the world, resembling nothing more than a knotting of thick convoluted tubules. Yet its inscrutability has captivated scientists for centuries, leaving them stupefied by how a mass of dull grey tissue can control absolutely everything we as humans know. Neuroscience has made leaps and bounds in understanding this intricate organ in recent years. From lobotomies, one of the most inhumane and illogical surgeries known to man, to being able to detect and see brain activity by simply putting a patient through an MRI. Yet despite these advancements, little is known about the brain relative to the rest of the human body. It is uncharted territory. At the forefront of understanding this obscure organ is the Trinity College Institute of Neuroscience, where some of Ireland’s leading neuroscientists work tirelessly in an attempt to better understand the human brain, as well as to treat the devastating illnesses it often suffers.

One of the many illustrious neuroscientists who strive to better interpret the human brain is Professor Marina Lynch, a professor in Trinity since before the institute was opened in 2005. Speaking to The University Times, Lynch described her work on the role played by neuroinflammation in Alzheimer’s disease and how it has just been consolidated by recent improvements in genome analysis, saying that “now the question is to try and get early diagnosis and see if it is possible to stem the changes. We’re trying to establish if the cells show evidence of inflammatory changes, and if this is the case, we’re hoping that perhaps this might be useful for identifying an early marker”.

Lynch’s work is two-pronged with her lab conducting clinical experiments on blood samples of patients and preclinical experiments on mice. But like most people working in research, Lynch faces obstacles with regards to funding. Explaining this predicament, Lynch said that “funding agencies have changed their strategies and want individual researchers to be closely linked with industrial partners, meaning that some fundamental research questions are not being funded. For the pipeline of discovery to continue, you really need those fundamental and basic questions to be addressed all the time”.

Little is known about the brain relative to the rest of the human body. It is uncharted territory. At the forefront of understanding this obscure organ is the Trinity College Institute of Neuroscience

This problem was also addressed by Dr Colm Cunningham, a professor in neuroscience. This is despite having just obtained $1.2 million dollars from the National Institutes of Health in America, as well as two other grants, one from Alzheimer’s Research UK and the other from the Simons Foundation in New York. Speaking to The University Times, Cunningham pointed out that “there was a very clear shift in the government’s priority. They wanted to have projects with a clear economic output. There is a feeling that basic research has been sidelined in order to serve economic priorities”.

Cunningham’s understanding of the human brain is vast and potentially intimidating, however, his desire to learn more about the brain is genuine and unassuming. Cunningham’s work has two main focuses, researching both dementia and delirium. Heading a lab in Dublin since 2006, his main interest lies within dementia and “what happens to people with existing brain pathologies like dementia, when they get acute inflammation”. Speaking of his research, he says he’s been able to show that “when you have an existing pathology in the brain, that brain is particularly vulnerable, so when we have a relatively banal insult in the periphery, it has a more serious consequence in the brain”.

Cunningham’s interest in delirium highlights his genuine desire to aid the ever-growing population of people affected by neurological illnesses. Explaining what it is, Cunningham described how people with delirium temporarily “become profoundly disoriented … they don’t know where they are, they become totally inattentive”.

The centre has been able to attract highly regarded neuroscientists like Cunningham and Lynch for various reasons, but what appears most attractive to them is the fact that the institute is comprised of people from all disciplines of science. Lynch described it as a “translational institute,which means people from all sorts of different backgrounds are coming together and working together, who otherwise wouldn’t easily be able to work together”.

This also greatly appealed to Cunningham, who said that “the big attraction was that it’s multidisciplinary. In the institute, you have people from the department of psychology, psychiatry, from the department of genetics, neurology, physiology. Biochemists, immunologists, all working in the same building. So that’s obviously a very big attraction, we bounce off the expertise around us”. Not only is the institute the only neuroscience institute in Ireland, but it is the only institute which provides its staff with two MRI’s, which can be used for imaging the human and animal brain. Although these facilities have aided in neurological research, it is still difficult for scientists to understand and explain how one should go about preventing their brain from succumbing to neural degeneration. One very logical theory proposed by Cunningham and others is that one must take care of their overall health and this in turn will hopefully keep the brain healthy for as long as possible: “If I told you that you could delay the onset of dementia by eating well, being intellectually active, socially active, you’d do it, right? It seems simple.”

There was a very clear shift in the government’s priority. They wanted to have projects with a clear economic output. There is a feeling that basic research has been sidelined in order to serve economic priorities

This was also mentioned by Dr Shane O’Mara, who founded the institute in its virtual form in 1999 with Prof Ian Robertson, both professors in psychology. O’Mara’s work and interests lie within the world of human behaviour and cognition, as well as depression, amnesia and how the brain changes due to life experiences. Perhaps the most interesting feature of O’Mara’s work to the general population is his interest in the effects of stressors on the brain. Having just published a book on this topic, entitled Why Torture Doesn’t Work: The Neuroscience of Interrogation, his profound understanding of this matter has recently been acknowledged by the UN in a report against torture in October. Speaking to The University Times, he explained that “extreme stresses applied to the nervous system cause profound neural system dysfunction. The last thing you want to do to someone you’re interrogating is cause massive depressive disorders, it causes deficits in memory, cognition and the psychological state”. O’Mara’s work on amnesia may also aid the work of Lynch, Cunningham and those studying dementia and Alzheimer’s. His fiery passion for the topic was evident, particularly when he took out an anatomically correct model of the human brain to explain his work. Pointing to a part of the brain called the temporal lobe, he explained that “in the temporal lobe is a bit called the hippocampal formation, and we know that Alzheimer’s attacks this structure and so you end up amnestic as a result of it”. There is a stupendous amount of pressure on O’Mara and his fellow neuroscientists to make advancements in the area of brain degeneration. He solemnly spoke of how “Alzheimer’s is the plague that’s going to hit us over the next 30-40 years, the number of cases is doubling every 10 years in Ireland, and the problem is that we have no effective treatment, just none. The best drug on the market delays you going into a care home by all of three months”.

Although the institute has recently been subjected to a critical review by the College, no one could deny the hard work of its staff. Their tenacity is a rarity, which was shown when Cunningham described how “it’s tough” work and “you have to really want it” but that that’s what “sustains you when you get kicked in the face, which you do regularly”. Being affected by a neurodegenerative disease is perhaps one of the most difficult of tribulations one must ever endure in their lifetime. Not only is death a certainty, but the disease’s progress is often harsher than most can imagine. Again, as Dr Cunningham put it: “What is it to be human at all, if you lose your sense of self and your consciousness, as well as your connection with the world? … I think that’s pretty terrifying.” It is certain that the likes of Cunningham, Lynch and O’Mara are a beacon of hope for the ever-expanding body of patients with neurological illnesses, providing some hope for treatment in the future.