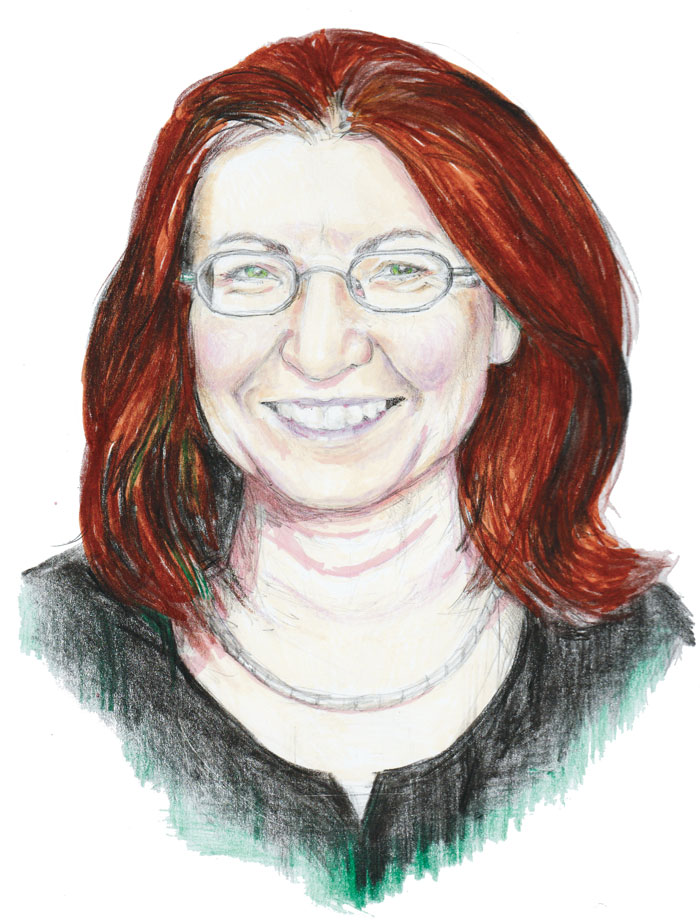 From lecturing full-time in the Department of History of Art and Architecture and founding The Irish Art Research Centre (Triarc) to working with Dublin-based galleries and museums such as the Douglas Hyde Gallery and the Royal Hibernian Academy (RHA), Prof Yvonne Scott’s list of achievements is extensive. Scott’s contribution to the Irish arts scene, both nationally and abroad, in terms of unparalleled research, lecturing at all levels, contributions to museums and galleries and supporting contemporary Irish artists, is unprecedented.

Scott’s background is, perhaps, somewhat unconventional considering her scope and importance in the art historical field, having worked in a bank before receiving a scholarship to study Bess in Trinity. Speaking to The University Times, she explains: “After working a few years in finance, I felt that my real calling was art.” She decided to follow this passion by completing the Purser-Griffith Diploma in Trinity before completing an undergraduate degree in history of art and architecture in University College Dublin (UCD). She then went onto complete a master’s degree on Icarus in mythology in 20th century art as well as a PhD in Trinity on 20th century art in Germany from 1920 to 1930 under Dr Peter Cherry, an Assistant Professor in the Department of History of Art and Architecture.

As a lecturer in the Department of History of Art and Architecture, Scott explains the reciprocal relationship of her teaching and research: “You need the injection of vitality from working directly with students, having conversations with them, hearing their questions, understanding what it is they need from you.” Students, at both undergraduate level and postgraduate are at the fore of Scott’s daily life as a lecturer and researcher. In addition to lecturing in the department, Scott acts as a supervisor for dissertations for undergraduates in their final year as well as PhD students and has served as a supervisor for master’s degree candidates in previous years.

You need the injection of vitality from working directly with students, having conversations with them, hearing their questions, understanding what it is they need from you

Speaking to The University Times, Dr Angela Griffith, an Assistant Professor in the Department of History of Art and Architecture, states: “She’s one of the most articulate teachers that I have ever heard talking about contemporary art, and she brings people into contemporary art. She has this wonderful way of succinctly presenting the most complex ideas but in a language that you can relate to and engage with.” This is echoed in the sheer interest of the students she teaches and is tangible in their engagement with the art they are studying. Dr Laura Cleaver, an Assistant Professor and Ussher Lecturer in Medieval Art in the Department of History of Art and Architecture, elaborates on this, “I think one of the things that’s always exciting is when you meet somebody who can make their research speak to somebody beyond their own immediate environment”, speaking to The University Times.

Scott’s research interests focus on “landscape and agendas in the representation of landscape, space, place and environment” and “how the interpretation of the physical environment has shifted over time and what have been the agendas and driving forces for those” in contemporary Irish art. This is evidenced in the research she carried out, the projects she takes on and the galleries and museums she currently works with and has worked with in the past, with her research interests manifesting in several projects throughout her career.

In 2005, Scott was involved in an exhibition, The West as Metaphor, in the RHA. Griffith explains that this exhibition is “very important in re-examining the landscape historically within free state and early modernism and then looking at how contemporary artists engage with landscape as an artform but also in terms of its cultural language and cultural agency”. Scott states that working on this exhibition was an incredible experience, having the opportunity to engage with artists like Dorothy Cross, Clare Langan, James Coleman, who are at the “cutting edge of what artists are doing right now”, while also exploring her research interests.

I often used to think when I was teaching Dutch 17th century art, as you’re pouring over images late into the night and early into the morning, I just wished I could go and have a word with Vermeer about what was going on

She emphasises the opportunity to engage with living artists as a highlight of her interest in contemporary Irish art. She mentions working on an exhibition at Dublin City Gallery The Hugh Lane on Patrick Scott and the opportunity to work with the artist himself as a “wonderful experience” and quips about his strong personality as well as sitting around at his house talking for hours over coffee. This, of course, is a benefit of working with and researching the “art of our time”, as Scott eloquently puts it. She emphasizes: “I often used to think when I was teaching Dutch 17th century art, as you’re pouring over images late into the night and early into the morning, I just wished I could go and have a word with Vermeer about what was going on. Of course, you can do that with the artists that we’re living with, just as people did in the 17th century with Rembrandt and Vermeer … I think that one of the most exciting parts of my research is getting to talk to the artists themselves.”

Last semester, Scott took sabbatical and spent five weeks travelling across New Zealand and Australia conducting research on English-born Irish artist Barrie Cooke. She explains: “I travelled to see places he’d seen, and the idea was to see particular locations, a lot of them quite off the beaten track, and see how he was interpreting and representing them, so I could see what was happening, what it was he was drawing from those different places.” She cites a gap in the research on the artist and her interest in his landscapes as reasons for taking the opportunity to study this aspect of his career, travelling across New Zealand, seeing the physical landscape he painted and engaging with his friends.

At the forefront of research in Irish art is Triarc, the centre Scott founded in 2002. Over a decade ago, while a lecturer in the Department of History of Art and Architecture, she was asked where she felt improvements could be made. She explains that she felt that “[the department] should be specializing in Irish art because it was such a growing interest in the 1990s, and there was nowhere you could specialize in it, not in Ireland anyway”. It was these thoughts that lead to the inception of the research centre. She feels Triarc has shown “that Irish people are serious about their own art”.

Triarc’s location is easily missed, hidden within Trinity’s walls at the back of the Provost’s House in the former Provost’s Stables. The architects, O’Donnell & Tuomey, turned the former stables into a suitable research centre, converting stable stalls to study carrels and the hayloft to a large reading room. Considering the beautiful nature of the original building, Scott explains that the architects were “very, very sensitive” and that the stables was converted on the principle of keeping “as much as possible of the original structure”.

Dr Philip McEvansoneya, an Assistant Professor in the History of Painting in the Department of History of Art and Architecture, speaking to The University Times, attests to Scott’s dedication in establishing Triarc: I think she took kind of an idea that had been knocking around a little bit and took leadership and control of bringing that into a properly established set of ideas as to what Triarc could be.” Visiting the building today, it is evident that the architects succeeded in doing exactly this, maintaining the integrity of the building while creating a functional space for the innovative research centre.

A significant undertaking, she explains that she can “remember speaking to the eventual funder telling him about the challenges that we had. I didn’t see it so much as a problem, rather a challenge, but you need that positive outlook.” It is this outlook that sees Scott push past barriers and is key in understanding her many successes as an academic and researcher.

What always surprises me is when other people say they know of the work we’re doing here. That always amazes me. It’s rewarding that people know what’s happening here

Scott highlights: “What is surprising with travelling, going to conferences in different parts of the world, what always surprises me is when other people say they know of the work we’re doing here. That always amazes me. It’s rewarding that people know what’s happening here. But it means that you’re fulfilling what your intention was in the first place, which is to support what they [Irish artists] are doing.” Her dedication to the contemporary Irish artists is realised in Triarc as well as in her other research projects. Griffith further attests that Scott is “committed to supporting contemporary artists” and that she’s “always done that”, as is demonstrated throughout her career.

This support is evidenced in her position alongside other experts in the field of contemporary art as well as students and staff from College on the Provost’s Advisory Committee for Art Acquisitions, which was set up with the aim of supporting contemporary Irish art. She explains that she believes it’s a “privilege to have art around you”, highlighting the importance of such funding. As an art historian, Scott is aware of the importance of having art works available for viewing, explaining the impact it has in “how you experience your actual, physical environment”.

Perhaps most importantly and a testament to the work she does as lecturer, supervisor and researcher, she explains: “I have to admit, the work is such a pleasure. Sometimes, it doesn’t feel like work. I love what I do. I really intensely love what I do.”