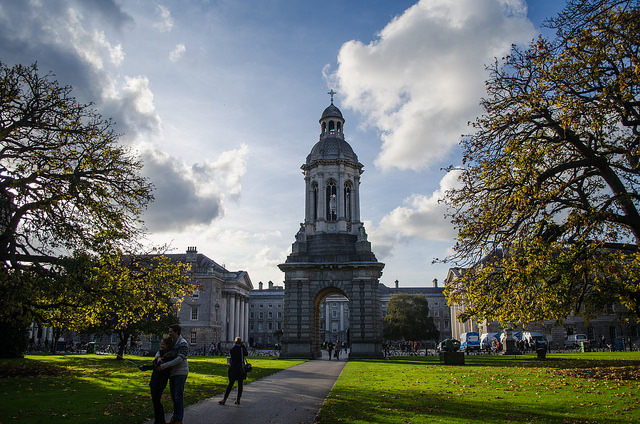 Unite, one of the two trade unions threatening strike action in Trinity, has denounced College’s new policy on the employment of external contractors, as revealed by The University Times this week.

The union has claimed that the new policy, a draft of which was seen by The University Times, is in breach of the Lansdowne Road Agreement’s clause on the use of direct labour, which re-affirms that public services must, “where consistent with the efficient and effective delivery of effective public services”, avoid the use of outsourcing.

A statement from Unite to the The University Times described the new policy as “further evidence of the lack of respect shown to support and service staff” by senior College management.

The Lansdowne Road Agreement, which was a milestone in the state’s attempt to rebuild its relationship with public sector employees when it was agreed in 2015, has come under renewed scrutiny in recent months as a number of public service unions have threatened strike action.

The union fears that the policy will encourage the replacement of College staff with contractors. The criticism comes at a time when the relationship between Trinity and its administrative and support staff is already tense. In the last few weeks, both SIPTU and Unite members voted to support industrial and strike action in response to a new College policy that would see the end to promotions and the introduction of fixed-term contracts for all administrative staff, with the Irish Federation of University Teachers (IFUT) due to ballot on the issue shortly.

In an email statement to The University Times, the Chair of Unite’s Trinity Committee, David Grouse, said it was “disgraceful” that the union hadn’t been consulted on the new policy. He described it as “particularly annoying” that the union only learnt of the new policy through a freedom of information request.

“College management have consistently refused to allow union representation on the Human Resources sub-committee of the college Board and now it becomes obvious why”, he said.

The new policy was approved by the College Board on January 25th, and was initially drawn up by the Secretary to the College, John Coman, in response to recommendations from an Internal Audit Report in March 2016.

Coman, in an email statement to The University Times, said that sometimes “it is necessary to engage specific expertise from outside the university in order to deliver particular projects and initiatives, which is accepted practice in large organisations”. Coman said that the new policy was developed through consultation with numerous organisations and committees, including the Financial Services Division, Corporate Services Division and Human Resources, as well as being approved at both Finance Committee and the College Board.

The new policy, he said, would ensure there is a “uniform” approach to engagement with external contractors. Coman did not comment on the claim that the new agreement was in breach of the Lansdowne Road Agreement on the use of direct labour.

Unite also said it was “particularly disappointed” that a policy review of the employment of consultants and external contractors had led to a “document encouraging further employment of contractors”. The new policy was developed initially from recommendations from an Internal Audit Report in March 2016.

Cieran Perry, the Secretary for Unite in Trinity, said that the both Unite and SIPTU have “received an overwhelming mandate for strike action from their members and attempts to further undermine our working conditions as exemplified by this new policy explains the anger among staff”.

“The lack of respect shown to support and service staff by management has hardened attitudes and a continuation of such actions will lead to enviable strike action”, he added.