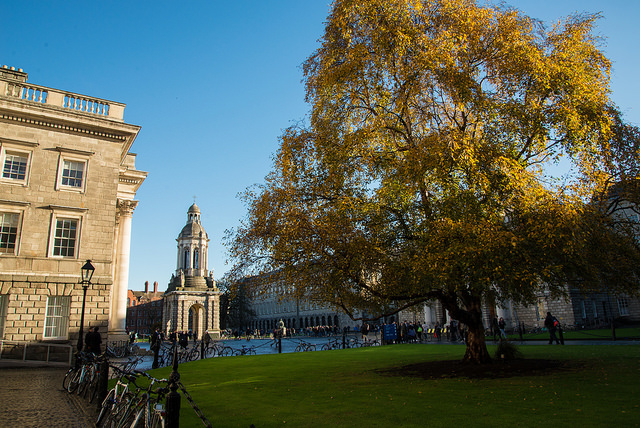 The promotion of academic staff to senior positions in Trinity will in future be determined by what College can afford, the latest sign of the financial constraints placed on the university by the funding crisis in higher education.

The number of senior academic staff in Trinity were previously pegged to staff numbers. The changes, which will be implemented in the 2017/18 academic year following a decision at a meeting of the College Board in November, will mean that not everyone who is qualified to progress will be promoted.

The changes to the promotions procedure is part of a raft of reforms made following a review of Trinity’s senior academic promotions process that was requested by the College Board in December 2015.

Discussion at a meeting of the College Board in November noted Trinity must ensure its remaining fiscal responsibility, and the new quotas are required to ensure that any round of promotions are actually financially feasible.

Speaking to The University Times, Kate Malone, Director of Human Resources in Trinity, said that the raft of changes introduced were brought in due to a “general feeling that the process was not fit for purpose”.

Many of the changes are the result of recommendations of review of senior academic promotions, commonly referred to as the Sanders report after Prof Jeremy Sanders of the University of Cambridge, who carried out the review.

The wide-ranging review will now inform the work of the Vice-Provost, Chris Morash, who has been charged by Board with implementing the recommendations.

The November meeting of the College Board also saw a number of other changes to Trinity’s senior academic promotions process being introduced. Under the new system, if academics apply for a promotion and are unsuccessful, they will not be permitted to reapply for three years. This, according to Malone, will allow candidates to develop their research and “change their profile in a significant way”.

The application process to senior academic positions will also no longer be centered around interviews. Instead, the recruitment panel will be expanded to as many as six external members to assess the suitability of applicants. During the review process, the panel will look to the relevant Faculty Dean for confidential references as opposed to consulting with external referees provided by candidates.

As part of the new recruitment process, candidates will be also be able to state “special additional circumstances”. This measure will cater for those who could be disadvantaged in the application process, such as female academics who have taken maternity leave.

College will now also provide extra support for those who take up senior administrative positions, such as head of school or head of department, once they leave their roles to return to teaching and research.

Malone emphasised staff support of the new measures: “This is something people were shouting for.”

One recommendation rejected by Board, however, was the proposal that all assistant professors, upon reaching the “merit bar” – a specific standard of teaching, research and service to College – are given the title of associate professor.

The Sanders report included recommendations to address gender inequality, which were to be considered as part of College’s response to the Higher Education Authority (HEA)’s national review of gender equality in Irish universities.

Reports on gender balance in staff in Trinity revealed that just 16 per cent of chair professor positions were filled by women despite the fact that 44 per cent of the academic staff is made up by women.

The new reforms to academic promotions were developed in line with the Employment Control Framework, a national set of guidelines for universities and colleges that imposes strict regulations on the number of staff higher education institutions can employ and the ratio between junior and senior staff.

The latest reform to Trinity’s employment model comes months after the College’s last experiment with employment procedures, when it introduced a tenure-track model for entry-level academics. The model, which is gaining in popularity across the higher education sector, received significant criticism ahead of its introduction, including from the Vice-Chancellor of Oxford, Louise Richardson.