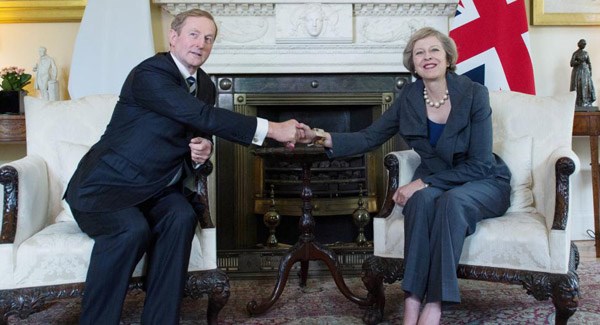 As far as Brexit is concerned it is now “game on”. For those who hoped for reprieve from an agonising decision by the UK electorate, that hope is fast receding. There were many such in Ireland. And we have heard much, and will hear more, about the implications for us as the UK exits the EU. It is largely a malign scenario, with lurking dangers to the peace process and our economy high on the “fear-o-meter”.

But these opportunities bring challenges, not least in the capacity, in physical and personnel terms, of our higher education system. This is especially the case as the demand for higher education from Irish students is predicted, with considerable certainty, to grow by about a quarter in the next decade or so. It could also be expected that EU students who want an education in an English-speaking country will now increasingly make English-speaking and EU member Ireland their first destination of choice. The capacity challenge is all too real as a political resolution to the funding of higher education appears as elusive as ever.

Higher education and research offer some of the few brighter prospects, but even these are tainted with doubt

But there are social challenges too. These relate to how Irish society will continue to adapt to increased numbers of students from EU and non-EU countries, combined with a likely increased inflow from EU workers who would previously have sought employment in the UK. The economic and cultural benefits to Ireland from this inflow are strong. But it would be unwise if our policy makers were to rely solely on the current absence of any significant xenophobia in Irish society and expect all to turn out right.

In fairness, I think these economic, political and social implications are reasonably well understood, even if the social and cultural impacts get much less of an airing. An issue that gets far too little airing, however, is how the EU will now develop. The UK vote to exit may cause caution among the bigger member states and the European Commission if they read the result as a fear among the member state populations of an integration process largely out of their control, combined with an excessively interventionist European Court of Justice (ECJ). More likely is a scenario where the same countries will press for increased integration as the best bulwark against further fragmentation. The absence of the eurosceptic UK in these debates makes this more likely – or at least integration at different speeds to suit individual member states’ economic, political and cultural interests. Were that to emerge, should Ireland be in the fast lane or the slow lane and what would be the consequences of either? Where do our best interests lie and how do we promote them?

What has all of this to do with higher education and research, you may ask. Everything! We are at a crossroads in the development of the EU and in our development as an independent country. There are great opportunities and great risks, and our leaders need all the help, insights and knowledge they can get, while Irish people need to be informed and educated as to the options and their consequences. Now is the time for our historians, economists, social and political scientists, philosophers and others from our academic institutions to apply their scholarship, their research and their communications skills to inform, in the first instance, their own academic communities, and then their government and the wider society. As a practical measure, there is a good case to be made for the creation of a School of “Brexit Studies” in at least one of our universities and, preferably, a cross-sectoral collaboration bringing all the fields together. Government, for its part, could encourage this by providing some dedicated funding.

We should not be deterred by our size relative to many other member states, or by the scale of the task. Better to be inspired by Thomas Cahill’s book How the Irish Saved Civilisation. In the book, Cahill makes the case that, between the fall of Rome and the rise of medieval Europe, Irish monks and scholars brought learning and enlightenment back to continental Europe after the destruction wrought by Germanic and other tribes and thus “saved” Western civilisation. While aspects of his thesis are contested by some, let us nevertheless be inspired, at this crucial point in the history of Europe, by the example of Irish scholars at another long-ago defining period for the continent that we share.