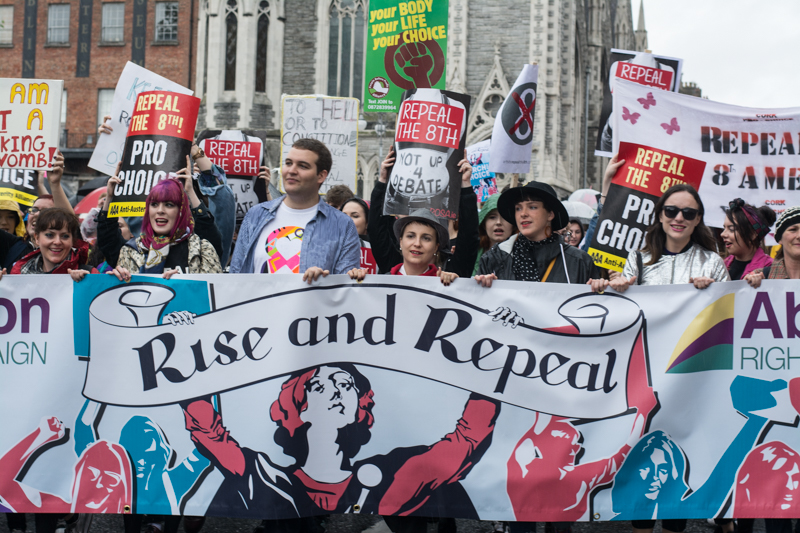 The recommendations of the assembly are crucial, following yesterday’s vote, which saw the assembly recommend a change to, rather than a repeal of, the eighth amendment of the Irish Constitution that would mandate the Oireachtas to legislate freely on the regulation of abortion.

The votes today are highly significant in a country where access to abortion is highly limited and debate remains about how far support extends throughout the country for a dramatic liberalisation of abortion law.

The results of the assembly today will provide significant ballast to those who support an extension of abortion services in Ireland, with 44 per cent of the assembly members voting to support abortion with no restriction on the reasons of the woman up to a 22 week gestational period.

While it might have been expected, considering changes in attitudes and recent polling, that a significant proportion of members would support abortion in the case of a real and substantial risk to the life of a woman, as well as in the case of fatal foetal abnormality, which 69 per cent of people voted to support with no restriction as to gestational age, it was more surprising to find that 72 per cent of members voted to support abortion for socio-economic reasons, with 10 per cent voting to allow abortion with no limit to gestational age.

Voters also supported legalising abortion in both the case of risks to mental health and a risk to the physical health of the woman.

Ahead of the vote, one aspect of the ballot, in particular, proved controversial among members, many of whom questioned risks to mental health and physical health being included as separate reasons for abortion – after much discussion, it was agreed to add “risk to the health of the woman” as a reason for a legal abortion.

The vote today was later than expected, after a series of amendments and changes to the wording and structure of the ballot. The ballot centred on under what circumstances termination of pregnancy in Ireland should be legal.

Speaking after the vote was announced, Chair of the Citizens’ Assembly, Ms Justice Laffoy, told members they had voted for a change to the “status quo”, and had provided a “clear map” for her report from the assembly that will be submitted to the Oireachtas in the coming months.

“Those whose perspectives or opinions did not emerge in the final vote, we will have regard to them”, Laffoy said.

Today’s results have been positively received by those campaigning for a repeal of the eighth amendment. President of the Union of Students in Ireland (USI), Annie Hoey, tweeted that the result was “remarkable” and that the government “cannot possibly ignore this any longer”. The result comes after months of activity from student groups, which largely support a repeal of the eighth amendment, with thousands of students demonstrating on the issue in March.

Executive Director of Amnesty International Ireland, Colm O’Gorman, called it a “huge vote for change” on Twitter, referencing the “incredibly progressive results” of 64 per cent voting in favour of access to abortion on request. Ailbhe Smyth, Convenor of the Coalition to Repeal the Eighth Amendment, also referred to the results as a “huge mandate for change”.

For any constitutional change to happen in Ireland, a referendum must be held. If the Oireachtas chooses to act on the assembly’s recommendation yesterday, Irish citizens will be asked to vote on whether or not to delegate the decision on abortion legislation to the representatives in both the Dáil and the Seanad. The results of today’s votes will be presented in a report to the Oireachtas and, if a referendum is called and is successful, will presumably be considered as part of this decision.

The Citizens’ Assembly, which was set up in 2016, is a body of citizens who are discussing a number of issues, delegated by the Oireachtas, including abortion and climate change. Over the last few months, the process has been faced criticism from both pro-choice supporters and those who oppose abortion, many of whom have questioned the purpose and the structure of the assembly.