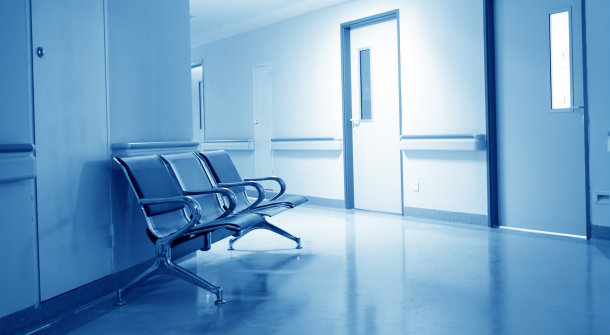 During an address to doctors in 2014, the late Aidan Halligan, a Trinity graduate and the youngest ever Deputy Chief Medical Officer in the UK, spoke of the challenges faced when dealing with failures in healthcare. While he was speaking in general terms, much of what he said is relevant to the approach being taken to the obesity problem in Ireland today. He noted that “culture eats strategy for breakfast”. Certainly, there is a prevailing culture here of blaming overweight individuals for lacking the intelligence and moral fibre to eat healthily and maintain adequate levels of physical activity, rather than focussing on the environmental determinants of fatness. We see obese people as a burden on society rather than seeing them as the ones carrying the burden of inadequate societal, legislative and clinical responses to the obesity problem. Rather than seeing too much access to unhealthy food and drink, and inadequate opportunities for physical activity for the whole population, we see too many fat people who just need adequate motivation and better education in order to achieve a healthy weight.

This view has influenced vague and poorly-led government strategies to tackle the problem, which are going nowhere. Confusing eating too much with moral failure has perpetuated a denial of care to thousands of patients who are worst affected by obesity and its complications, despite overwhelming evidence that such care is safe, efficacious, life-saving and cost effective. Put another way, the failure to provide life-saving care in Ireland is leading to preventable deaths, but our prevailing “personal responsibility” culture ensures that the feathers of public opinion aren’t ruffled by this revelation. It is true to say that providing clinical interventions to those worst affected by obesity won’t have a meaningful impact on the overall numbers affected, but we don’t refuse to send a fire engine and advise caution with the tumble-dryer next time when someone phones to say their house is burning down, unless they are fat and obesity is their crisis.

The personal responsibility narrative is reinforced continuously in print and broadcast media, where the clinical scientific punditry on obesity is often of a low standard. Sometimes experts are underqualified and miss the point. Reinforcing the view of obesity as a lifestyle choice is a good way for individuals to achieve media prominence, which is not surprising given the extent to which newspapers and television stations depend on the food and beverage industry for advertising revenue. A more sinister contributor to our dumbed-down obesity discourse, however, is engagement from leading academics through food industry-sponsored organisations like the Nutrition and Health Foundation, who exert disproportionate influence on government policy through well-resourced lobbying, supposedly acting in the interests of their consumers.

There is nothing dishonourable in making and selling softdrinks, but for our most prominent nutritional scientists to claim that the obesity problem is primarily one of inadequate physical activity rather than of overconsumption of unhealthy foods and drinks is either incompetent or disingenuous. For them to argue that sugar taxes or restricting advertising of unhealthy foods to children are bad ideas, while actively denying any conflict of interest despite working for the very companies that stand to lose from these public health initiatives, is a grievous failure to declare that interest.

Moreover, previous criticism from senior figures within the Nutrition and Health Foundation of public health initiatives such as sugar taxes and advertising bans could best be characterised as bullish and dismissive. This is symptomatic of a wider culture of limiting any scrutiny or dissent around Irish obesity policy. Vocalising disagreement is seen as disloyal, disrespectful and troublesome and damages career prospects. This is particularly striking given the scale of the threat that obesity poses and the relative uncertainties around many policy issues. The pervasive resentment of scrutiny and discourse at the highest levels of government allows weak leadership, vacuous discourse and the purveyors of the junk that is making some of us sick to get away with murder, even if they don’t set out to rob people of their lives and their health.

Because society is uniquely unforgiving of the folly of overeating, there is no political or moral imperative to provide that care or to take the wider legislative actions to curtail the environment that causes obesity

In reflecting on the Mid-Staffordshire scandal, which saw hundreds of patients die in a local hospital trust in the UK between 2005 and 2009, during his talk, Aidan Halligan’s message was that “what you permit, you promote”. We have learned a great deal about the causes of obesity over the last few years. We have a better understanding of how to prevent and treat it. We know that getting people to eat healthier and be more physically active is the solution to the problem, but also that for complex reasons, some people find it harder than others to lead a healthy lifestyle and this variation in predisposition to obesity goes beyond moral strength and motivation.

Although we have effective treatments for at least some patients with severe obesity, because society is uniquely unforgiving of the folly of overeating, there is no political or moral imperative to provide that care or to take the wider legislative actions to curtail the environment that causes obesity. Our culture won’t allow it, nor will it allow us to confront experts who persist in denying the obvious. Nutritional scientists advocating for the food industry are the thin end of the wedge between the truth about our obesogenic environment and government policy to deal with the problem. As a nation, we’ve been reminded recently of our capacity to allow the majority to treat a perceived morally inferior minority with contemptible neglect. Future generations will baulk at our ineptitude in taking the necessary public health steps to prevent obesity and at our lack of compassion and care for severely obese people. What we permit we promote. Shame on us.

Dr Francis Finucane is a consultant endocrinologist at Galway University Hospitals and an honorary senior lecturer in medicine in NUI Galway.