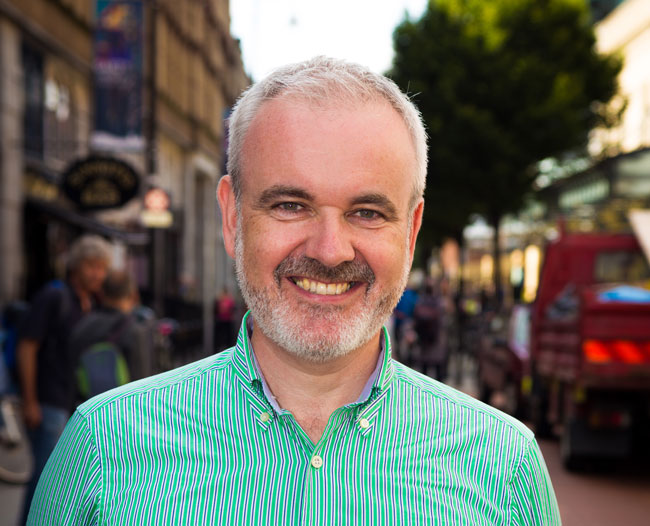 Independent polling we commissioned from Red C Research and Markets in February 2016 found that 87 per cent of people favour expanded access to abortion. 80 per cent would vote to repeal the Eighth Amendment either outright, or if reasonable restrictions were put in place. Across all ages, regions and demographic groups, there is overwhelming support for change. More than that, our polling found that the majority of people in Ireland find our abortion laws abhorrent.

They, like the UN treaty monitoring bodies who’ve reviewed our laws, use words like cruel, inhumane, hypocritical and discriminatory to describe the current law. Indeed, it would be hard to find another issue on which opinion polling has been so consistent and decisive over the last few years. The appetite for change is not new.

In this context, it’s perhaps unsurprising that the Citizens’ Assembly voted against retaining the eighth amendment and in favour of legislating for access to abortion without restriction as to reason in the early stages of pregnancy, and in a broad range of circumstances thereafter. The consensus among the well-informed members of the Citizens’ Assembly was not slim: a majority of over two-thirds voted in favour of making abortion on request a reality in Ireland.

UN experts and the human rights framework confirm that this is the best way to safeguard women and girls’ rights. In September 2016, four UN Experts recommended “the good practice found in many countries which provide women’s access to safe abortion services, on request during the first trimester of pregnancy”, as well as access to abortion in specific circumstances in later pregnancy. This tallies with our Red C poll which found that 68 per cent of people believe we need to trust women when they say they need an abortion.

The Irish people own our constitution. We have the power to change it, firstly by demanding a referendum, and secondly by mobilising to stand up for women’s human rights

The greatest lesson of the Citizens’ Assembly is that when people have all the information and evidence, providing access to abortion on request in early pregnancy and on protected grounds thereafter is the logical and compassionate conclusion. Unfortunately, the members of the Citizens’ Assembly were not given an opportunity to vote on decriminalisation, an essential component of a human rights compliant abortion framework. The Oireachtas committee must ensure that the full decriminalisation of abortion is included in their recommendations to government. If the committee addresses this and other key gaps, the blueprint set by the Citizens’ Assembly paves the way for human rights compliant legislation.

The special Oireachtas committee established to consider the assembly’s recommendations must progress their work quickly and decisively. The Citizens’ Assembly has set out a comprehensive mandate to end the daily violations of women’s and girls’ human rights. The government must heed these calls and commit to a timeframe for a referendum to remove the the eighth amendment from our constitution. There can be no more excuses and no more delays.

The Irish people own our constitution. We have the power to change it, firstly by demanding a referendum, and secondly by mobilising to stand up for women’s human rights. We have a chance to make a real difference in the lives of women and girls in Ireland. We can work to ensure that future generations of women and girls live in a society that respects their equality and human rights.

The Citizens’ Assembly’s recommendations represent a momentous leap forward for the human rights of women and girls in Ireland. It is a testament to the compassion and good sense of ordinary people in Ireland. It is long past time to move beyond the myth of a divided society and legislate to respect the rights of women and girls. You can join our campaign today by getting involved in the Amnesty society on campus or find out more about our campaign at amnesty.ie.

Colm O’Gorman is the Executive Director of Amnesty International Ireland.