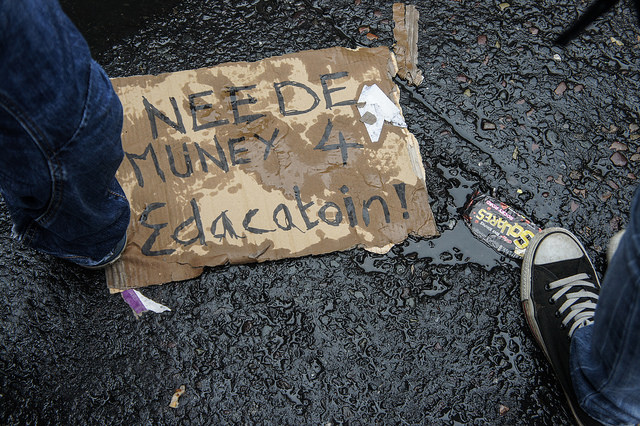 Enda Kenny stood beside Minister for Education and Skills, Richard Bruton, in a primary school last July, discussing lighthouse keepers. Their job, he said, was to guide ships away from dangerous rocks and safely into harbours.

This, in a nutshell, will be Bruton’s job now that he’s been reappointed to the Department of Education and Skills, a job that, up until now, he hadn’t performed with aplomb in relation to higher education’s funding crisis. As Bruton talked of “consensus” and “new politics”, too many of our universities and institutes of technology have been financially scuttled, clamouring cap-in-hand at Oireachtas committees for more money.

Now, under Varadkar’s leadership, all has changed and nothing has changed. The Dáil is still strongly divided and the government will still be forced to maintain a confidence and supply agreement with Fiánna Fáil. Yet slow, steady consultation will no longer be acceptable if Bruton hopes to leave any kind of mark on higher education in Ireland. For a Fine Gael government that has talked so much about leaving its mark on Ireland’s education system, his party has barely touched a sector more than ever before in need of support.

As Bruton talked of “consensus” and “new politics”, too many of our universities and institutes of technology have been financially scuttled, clamouring cap-in-hand at Oireachtas committees for more money

It would be unfair to say Bruton did not make some progress as minister. He successfully got higher education an extra €36.5 million – a figure more symbolic than impactful, but certainly a much-needed indication that the government is listening. Additionally, he showed that the lobbying of universities and students alike hadn’t fallen on deaf ears, with the recommendation of an increase in the levy applied to employers that could generate as much as €200 million to higher education.

And if, when speaking, he fell back too easily on the old platitudes of improving access and achieving consensus, he at least seemed to recognise the value our universities can play in our society and economy. At the announcement that Trinity would be the newest member of the League of European Research Universities (LERU), Bruton seemed genuinely awed, asking the College to represent Ireland at Europe’s highest table.

Tom Boland, the former Head of the Higher Education Authority (HEA), talked last year of the traditional “distrust” between universities and the government. While Bruton hasn’t proved himself yet to be the minister who will break down that distrust, his return as Minister for Education and Skills at least creates an element of consistency in a job that could come to play a defining role in Ireland’s future over the next 18 months.

One would hope that the appointment of Mary Mitchell O’Connor as Minister for State at the Department of Education and Skills with special responsibility for higher education is evidence of a willingness to address the issues facing academic, researchers and Irish students.

Mitchell O’Connor will need to learn fast, because time is ticking on a deadline for a new funding model in a sector that is slowly but surely running out of options. The options that the Cassells report initially suggested might be possible have not materialised and the creatively that Peter Cassells himself gave his blessing to has seemed too bold a step for either the government or the education and skills committee. Any new minister with responsibility for the sector must be prepared to take political risks and commit properly to policy.

Funding is not the only issue either that will need to be addressed. Gender inequality in universities and colleges, a new universities bill, as well as the development of technological universities, will all dominate the agenda of our two new ministers.

Education ministers have in the past stumbled their way through higher education policy. Now the sector effectively has two heads to lobby, let’s hope the new team of Bruton and Mitchell O’Connor are prepared to do more than listen.