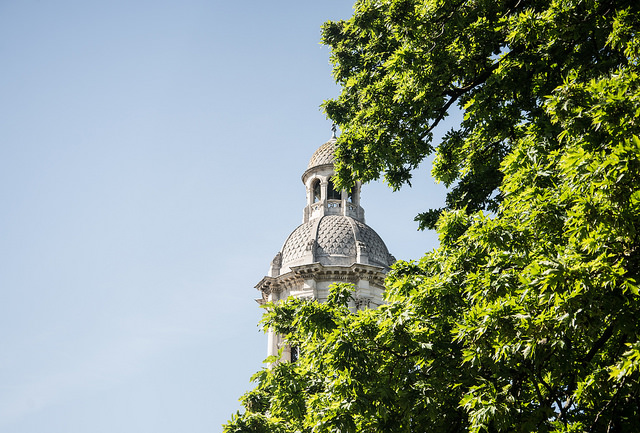 Yesterday’s announcement that Trinity has moved up 10 places to 88th in the QS World University Rankings should certainly be welcomed. After years of continuous decline, the reversal of this longstanding trend is a significant step for Trinity, and other Irish universities, in regaining their strong standing on the international stage. What is most notable about this achievement is the fact that it occurred at a time when Irish universities continue to face severe funding shortages. In this sense, it is very much a victory for individual institutions and should not create a narrative that the Irish third-level sector is in a strong position – it is not.

The international rankings compiled by QS and Times Higher Education are largely seen as a useful tool to gauge the performance of universities. Trinity has placed a strong focus on improving its ranking position in recent years. In March 2016, it was announced that College was to establish a Rankings Steering Group, chaired by Provost Patrick Prendergast, in order to improve its ranking position by focusing on areas such as outputs, citations, funding levels, staff composition and reputation. Much of this year’s result can be attributed to the work done by this group along with other initiatives such as a greater focus on internationalisation.

Trinity was not the only Irish university to see an improvement in its ranking position. Both University College Dublin (UCD) and NUI Galway also moved up the QS scale by eight and six places respectively. The positive news, in UCD’s case, however, was accompanied with a caveat amidst warnings that the university will have to reduce the number of places available for Irish students if it does not receive more funding from the state.

President of UCD, Andrew Deeks, highlighted that “unless there is movement on the funding of Irish students soon, the university will have to seriously consider the option of reducing the number of places available to Irish students in order to preserve quality”. A move like this would see an increase in international students who typically pay between €18,000 to €24,000 for undergraduate courses per annum compared to the €3,000 paid annually by Irish students.

This warning from UCD is arguably more important than the climb of Irish universities in the ranking tables as it sheds light on how serious the funding crisis facing third-level institutions currently is. The timing of Deeks’s announcement was undoubtedly an intentional attempt to stress the need for the government to act imminently on implementing a new and sustainable funding model for higher education, especially when the publishing of positive rankings today could have overshadowed the severity of the funding crisis.

In last October’s budget, the government made its first investment in higher education since 2011 by allocating an extra €36.5 million to the sector. Although any increase in funding to our depleted third-level institutions would have been seen as a welcome step, this figure was widely recognised as barely scraping the surface of the current levels of funding needed for the sector.

It has been nearly a year since Peter Cassells published his detailed report on the future of funding for Irish third-level education in which he outlined three potential funding models including a fully state-funded model as well as an income-contingent loan scheme. Many different interest groups have outlined their preference to the Oireachtas Committee on Education and Skills over the past few months with many – including the Irish Universities Association (IUA) – advocating for a loan scheme.

This small success, however, should not obscure the fact that our universities remain under severe financial pressure. Trinity and other Irish universities will only return to their pre-crash rankings if politicians find the courage to put a sustainable funding model in place

It is now up to both the Oireachtas committee and the government to find the political will to include a new funding model in Budget 2018 as it has previously promised.

QS also referred to a “series of seismic political changes around the world” that have had a “major impact on higher education”. The most pertinent, in Ireland’s case, being Britain’s decision last July to leave the EU. In order for Irish universities to attract students – especially those from fellow EU countries, who would have previously seen the UK as their destination of choice – it is imperative that our third-level institutions are in a strong financial position.

Trinity and other institutions should be commended for the specific work they have done that has seen them regain lost ground in the QS World University Rankings with limited resources and funding. This small success, however, should not obscure the fact that our universities remain under severe financial pressure. Trinity and other Irish universities will only return to their pre-crash rankings if politicians find the courage to put a sustainable funding model in place. Let’s hope they do, and soon.