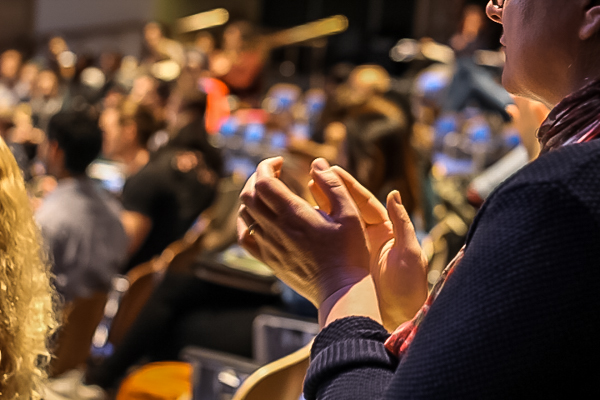 The Graduate Students’ Union (GSU) voted this evening to explore strike action – a month after the College’s Finance Committee voted to introduce a five per cent increase in fees.

A strike would be the first to take place in Trinity in years, if eventually chosen as an option by the GSU. The anger of students was palpable this evening at the GSU council, as a consensus quickly emerged that strike action might be the only option left for postgraduate students.

An increase of five per cent in postgraduate fees dominated the first GSU council of the year, with the union lambasting College for the decision taken by the Finance Committee last month.

There was widespread concern from students present about where the €2.5 million, which College says will be raised from the increase, will be spent. President of the GSU Shane Collins said that he was “fed up” and that he had heard promises from College before that money would be targeted at postgraduate students. Collins, like many students tonight, expressed scepticism about this claim.

Students present also raised the fact that many teaching assistants work long hours, receiving less than minimum wage, and are not recognised as employees of the university.

Students also supported an idea to have a guarantee of how much multi-year students pay over the duration of their course. Collins said that over the course of the last few days, first and second-year postdoctoral students have been emailing the GSU asking how to drop out in the way of the increase and get their fees back from September.

Speaking against the motion, a GSU class representative for the School of Education Emer Emily Neenan said that while she supported the motion in general, she appealed to the union to think of the impact of the industrial action on pay: “We can’t abandon those people who need their money from teaching at the end of this week.”

Another student spoke in favour of the motion, referencing the funding situation in other countries: “That should be a warning to you that this could quickly begin skyrocketing.”

The decision to increase postgraduate fees by five per cent next year was made at a meeting of the College Finance Committee on September 22nd. The change, which will apply to both new and current students, will dramatically increase fees for postgraduates.

The issue dominated council this evening. In an angry address to students, Collins called out Trinity and the government and for their lack of concern for postgraduate students.

“This is an absolute disgrace”, he said. Impassioned and angry, Collins, who is serving a second year in the role, called on students to join him in taking more serious action against the college.

“Postgraduates students are not going to be the cash cow for this issue any longer”, he told students.

He continued to explain to students as to why they should care, especially if they are just doing a one-year taught masters: “If you fail to act right now, you can kiss goodbye to any sort of aspirations you have in that area.”

Collins appealed to economics, common sense and to students’ own sense of solidarity: “This is the time when we say no more Trinity.”

He characterised the move to increase the fees by College as “fiscally irresponsible”.

“That is not acceptable and that will not happen on my watch”, Collins concluded.

The postgraduate hardship fund, Collins said, has decreased by 20 per cent in recent years.

In a memorandum circulated to postgraduate students, the GSU outlined the effects that the increase will have on postgraduate students and services. The document also stated that the GSU had requested that multi-year students are not subject to fee increases in the coming academic year. College makes derogations for certain courses to ensure inclusivity and diversity and a policy is compiled in the next few months on the issues outlined in the memorandum.

Drawing on figures from the Financial Services Division and the Global Relations Office, the minutes of the Finance Committee meeting show that the 2016/17 fee increases had not negatively affected student recruitment or acceptances. Comparing Trinity to other Irish and UK universities, the committee said that the information that is readily available supports the proposed increases.

Acknowledging the concerns raised by Collins on behalf of postgraduate students, the committee decided to increase fees regardless.

While admitting that they had “stronger” commitments that the increase in funds would be invested in postgraduate spaces, the decision to increase fees by five per cent was not reversed. While this is currently a Trinity issue, Collins continued that “it is indicative of the issues facing the sector as a whole and we cannot get away from that”.

Calling on students one last time, he said that postgraduates, whether funded or not, “must stand together on this matter”.