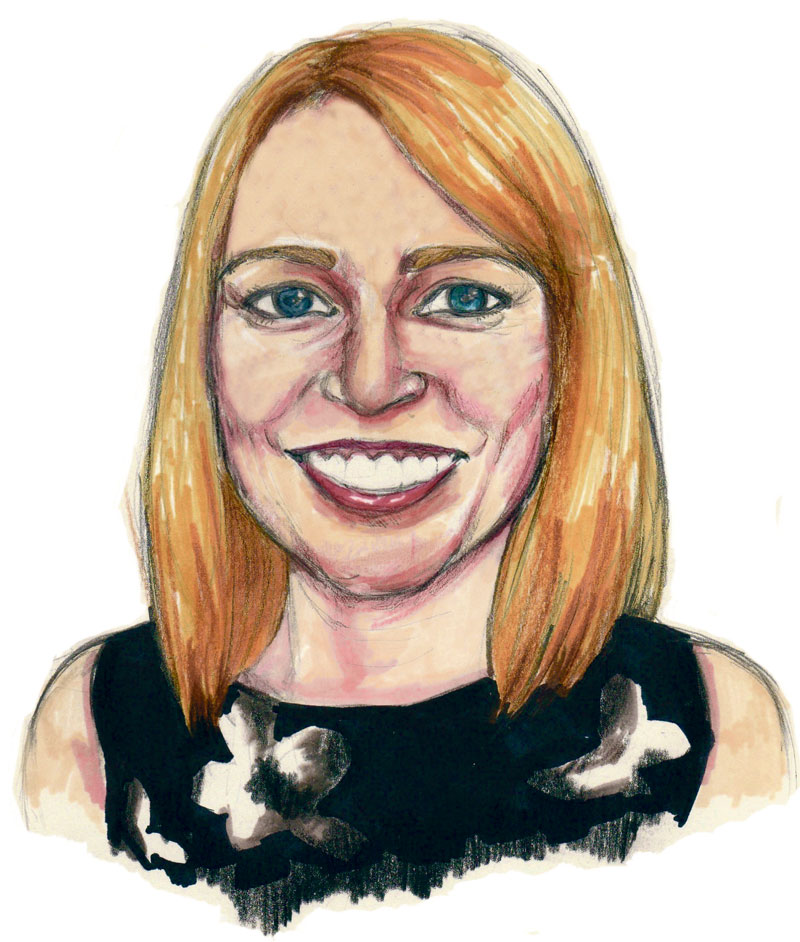 Illustration by Stephen Paul Paclibar for The University Times

The rain of the past few days has dissipated. The sun has come out again and a good number of the crowd are in short sleeves, basking under the blue sky. The excitement is palpable, especially among the youngest fans, who have come out to see their heroes play. Jim Gavin stares out into the middle distance, his face inscrutable, as his players go through their final warm-ups on the pitch. The pundits would give the opposing side an outside chance of victory at best. But Trinity GAA don’t care about their odds. They are opening their pitch in Santry and taking their place among the college’s sporting elite.

If the opening of the pitch represented a high point in the history of Trinity GAA, it wasn’t a bad addition to Michelle Tanner’s extensive CV either. Head of Trinity’s Department of Sport and Honorary President of the European Network of Academic Sports Services (ENAS) this year, Tanner was in the thick of the action that day in February, overseeing every aspect of the event. Given that she has played volleyball for Ireland, you half expected her to line out for Trinity in the showpiece match that afternoon and take the fight to the Dubs.

Sometimes, life throws up curious parallels. Only days after I talked to her, Dublin were in action again, on a slightly bigger stage, as they edged out Mayo to win their third All-Ireland in a row. The way Tanner has run the Department of Sport since taking over in 2009 mirrors the rise of Dublin GAA. Professionalism, perfectionism and the pursuit of high-performing athletes have been the hallmarks of her tenure. In fact, if there is one defining trait that underpins her leadership, it is her desire to bring sport to every corner of Trinity’s campus.

In fact, if there is one defining trait that underpins her leadership, it is her desire to bring sport to every corner of Trinity’s campus

Emma Stokes, Associate Professor of Physiotherapy in Trinity, is Tanner’s co-lead on the physical activities stream for the Healthy Trinity campus project, which aims to promote fitness among staff and students. The two have known each other since Tanner’s arrival at the Department of Sport 20 years ago. Speaking to The University Times over the phone, Stokes was effusive in her praise for Tanner’s vision: “Where Michelle is really great is trying to find the balance of making sport and recreation available to everyone, and yet at the same time having structures in place that make Trinity an attractive place to come if you are an elite sportsperson.”

That ideal balance, catering to both the casual, fitness-conscious student and the aspiring athlete alike, is a difficult one to strike. Notoriously, parents and coaches who start out with the best of intentions can end up pushing children to greater and greater heights, emphasising the importance of competition over enjoyment. Excellence, in those instances, often comes at a terrible price. Speaking to The University Times in her office, Tanner was proud of her family’s sporting history, but at no point did she veer into the sort of vicarious living that haunts many talented young athletes. Her daughter Jamie and her son Dylan are free to play whatever they like, and seem to be as active as she was at that age: “I don’t remember from very young, but sport was really a large part of my family culture I guess. My dad was a big sports fanatic, but at a very amateur level, he was a fantastic footballer.”

Growing up in Artane-Beaumont, sport shaped Tanner’s childhood. As well as playing soccer and athletics, almost every day, there were improvised volleyball games taking place in the streets, open to the whole neighbourhood. Tanner is as enthusiastic recounting those volleyball matches as she surely was participating in them. In the place of a net, “we used to use a string!”, she laughs. But to treat sport as an isolated aspect of her life would be to miss a crucial dimension to Tanner: her desire to build communities. “I grew up in an area where we had really great schools… so the primary school that I went to was really the first kind of nurturing ground for anyone with any talent.” She corrects herself immediately, replacing the word talent: “For anyone with any involvement, everybody got involved.” It is the slightest slip, but the correction speaks to her philosophy. It isn’t talent that is important, it is involvement. One gets the sense that in her eyes, the most important thing, the most uplifting thing, is to join in. To be a part of a group effort. When the time came to choose which of the sports she excelled in as a teenager to pursue at the highest level, she chose volleyball. She is under no illusions as to why: “I enjoyed the team aspect… working together… the tactics.” The “long levers” that made her such a talented runner served her well during her time on the Irish volleyball senior team and pulling on the jersey to represent Ireland in competition remains one of her proudest moments.

Whether it is the sense of camaraderie that playing for a team promotes, or the sense of community that a shared love of sport can forge among neighbours, it’s obvious that Tanner views sport as a social force, as well as an individual activity. She views her father as her hero: “He was a fantastic footballer but missed out on opportunities, being from a working class background, you know?”, she explains. “He didn’t have as many opportunities as we do now days, so he was a left-footed, very talented footballer, who…. not that he didn’t know how to make it, but he didn’t have those opportunities.” It is a touching story, delivered in a matter-of -fact tone. Was his experience formative for Tanner, who now works hard to give so many students the opportunities to get involved in sport that he never had? I don’t press her.

James Bryant, former Captain of Dublin University Fencing Club, met Tanner around a year ago, when he went to see her for a meeting in his capacity as club captain. “I knocked on her door early in the morning, right after one of our early training sessions. I walked straight in and she was so accepting. And so engaged is probably the best word to use, for that time in the morning…I was already throwing these huge ideas at her, these big plans and she was very receptive and very understanding.” The Department of Sport is a sprawling body, with responsibility for everything from the maintenance of the Santry Sports Grounds to the travel expenses for the American Football team. It also oversees and administers around 60 sports scholarships every year. And yet, Michelle Tanner holds every thread in her hands, while retaining an air of approachability that strikes all those that deal with her. When the Fencing Club won their 10th intervarsity title in a row, Bryant invited Tanner to the celebration dinner: “She made a great speech, it was very funny. It wasn’t just a business one. It was genuine, she knew what was going on. Without being prompted, she knew the deal with individual athletes and how they had got on in competitions that weekend, she was up to date with everything already.”

Bryant continues, marvelling at the stamina that no doubt serves Tanner well as the head of such a vast operation: “We were all a bit sore headed the next day… Michelle was great. I couldn’t believe that she showed up, she could keep up with some of our more experienced event go-ers and she still managed to deliver this really great speech.” Tanner, perhaps wisely, did not join those who continued on to Everleigh that evening, so Bryant can only speak for his own experience the next morning.

Without being prompted, she knew the deal with individual athletes and how they had got on in competitions that weekend, she was up to date with everything already

Matthew Dossett, Deputy Head of Sport at Trinity Sport, speaking to The University Times by email, outlined one of the more typical ways that Tanner unwinds from the pressures of work: “Myself and Michelle train together two mornings a week, which always proves to be a motivating way to start the day.” Tanner herself still meets up with her teammates from her volleyball days, and for those friends who have moved abroad, they tag each other in volleyball videos on Facebook. In fact, just several days after our conversation, Tanner sends Stokes a tweet wishing her a happy World Physical Therapy Day. This meticulous attention has won her the admiration of her support staff, and it is evident in everything she does. One of Tanner’s greatest achievements is no doubt her election as President of ENAS. The body, with members in 21 countries, represents third-level sport up to the highest levels in the EU, and Tanner is always fascinated to see what strategies her colleagues are pioneering across the continent.

Her election, which was a huge personal honour and a great stride forward for sport in Trinity, epitomises the global outlook Tanner has brought to college throughout her eight years at the helm, but she wouldn’t indulge such grandiose praise. Sport, for Tanner, is the answer to a fundamental question: “It’s integration isn’t it? You just find your way, find your friends. It’s a sense of belonging isn’t it? Sport is the best global club in the world.” As Trinity enters into the final year of its three-year strategy for sport – which she co-authored with Dean of Students Kevin O’Kelly – and the new gym in the sports centre ramps up to welcome students back, Tanner’s achievements in improving the college’s sporting infrastructure are evident. As for her positive contributions to the mental and physical health of the student body in her 20 years here, they are impossible to quantify.