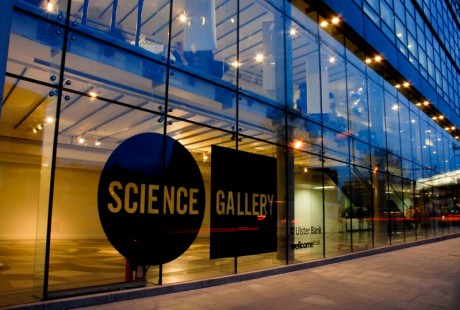 The latest exhibition at the Science Gallery, In Case of Emergency, poses some difficult questions: how will we meet our demise? Why is this something we love to speculate about? Is there anything we can do to prevent the end of the world?

Speaking ahead of the launch, the Director of the Science Gallery Lynn Scarff said: “In general, human society is bad at preparing for dangerous, low-probability events. Yet culturally we are surrounded by portrayals of exactly this, from Netflix to our national theatre.”

Scarff is not wrong when it comes to our obsession with catastrophe. It is evident in cinema, literature and theatre. The post-apocalyptic future is one that has been pondered over for decades. This is obvious on the ground floor of the exhibition, as there is a bunker-like room set up with board games centered around human extinction, posters of apocalyptic interpretations and a wall lined with doomsday clocks, each counting down to the end of all time.

On the first floor, there is also the very exciting Situation Room, which is a wholly immersive experience in which visitors are faced with catastrophic events that they have to attempt to remedy. Groups of six work together to try to resolve the biggest risks and threats facing the survival of humanity, before it’s too late.

Upstairs, we hear the harrowing cries of doomsdayers and designers as they evaluate how to solve the issue of imminent extinction, and ask the harrowing question: what will we do when it looks like it’s all over? The artworks in question range from theories of panspermia – the idea that life originated from microscopic life found on an asteroid – to theories of contagion and global financial disaster. A personal favourite was “The Antibiotic Resistance Quilt” by Anna Dumitriu and the aluminium satellite “M-ARK (Microbiome Ark)” created by Byron Rich, that carries inside it a tiny gold egg containing the last hope for mankind, the human microbiome.

Other exhibits include “New Survivalism” by Parsons & Charlesworth, which provides us with the means to survive disaster, depending on which of the three categories of “protagonist” we fall under.  “Modern Fossils” by Heartless Machine depicts the final moments of the last survivors on earth and “The End of ‘The End of History’” by Rodrigo Lebrun, a series of three animated, fictional essays, warns of the precarious hold that economics has on the world, beyond the sphere of the financial sector.

The exhibition is expertly curated and brilliantly put together. It may be a dark theme but it is devilishly provocative and raises important questions regarding the future of our planet and our role as earthlings. Although you leave the exhibition with a grave sense of impending doom, the exhibition is not all death and destruction. Amongst the dismal predictions we are offered slivers of hope and encouragement to become more aware of what we can do to ensure a brighter future for mankind. If the end is nigh, at least I now know how to skin a squirrel and scrape by to survive.