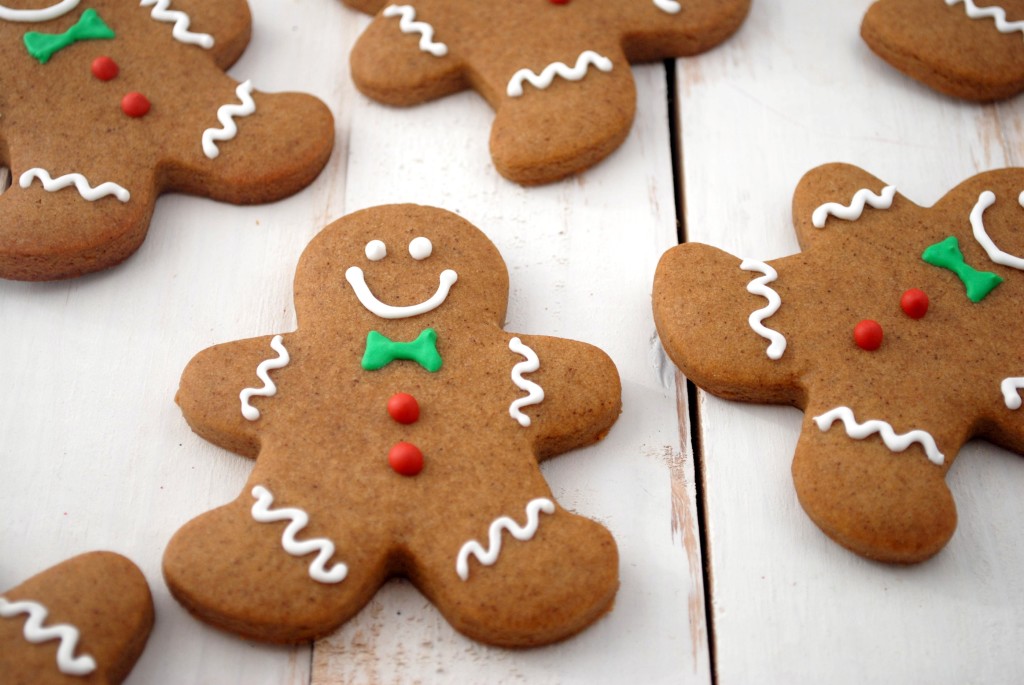 Why do we leave cookies out for Santa? How did Advent Calendars originate? We delve into the history of Christmas, to find the root of all our favourite Christmas traditions.

Advent calendars originate as far back as 250 years, when German families would mark a line on a chalkboard for each day of Advent, counting down to Christmas. As the official date of Advent varies each year, it is widely accepted to begin counting down on the first of December. This advanced to variations such as the Advent candle, a candle that remains popular today, and burns for the 24 days of Advent. In 1904, an Advent calendar was inserted in the newspaper Neues Tagblatt Stuttgart as a gift for their readers – from here the commercialisation began. After this, it became more and more common to have a paper or cardboard “calendar”, with little doors for each day revealing either a Bible verse or a picture of the nativity. Productivity of Advent calendars stopped due to a cardboard shortage during WWII, but resumed in 1946. By the 1950s, commercialisation exploded, and chocolate was introduced as a little gift behind each door. Nowadays, Advent calendars of all varieties can be found, filled with gin, wine, beauty products and more. While they were traditionally filled with chocolates and marketed towards children, the boom in their commercialisation has produced calendars for all ages and tastes.

According to German folklore, candy canes originated in 1670 when a German choirmaster created white sugar sticks to keep his junior choir quiet during the yuletide religious celebrations. It is said that, to remind them of Jesus and the nativity, he fashioned them into a J shape to represent the crooks of the shepherds who visited the manger. However, the first recorded mentions of candy canes don’t appear until around 1800, when it is speculated they were created by accident. In the early 1900s, red stripes and peppermint flavouring were added. The precise origins of the candy cane remain a mystery, however, due to these conflicting cultural myths.

Selection boxes were pioneered by Rowntree and Cadbury in the early 1900s. People used to save up for bundles of chocolate to collect at Christmas by way of a “Christmas Club”. At this time, it was possible to customise the exact content and size, because it was a “selection of chocolate” and not a pre-packed box. The price often exceeded a week’s wages. As this practice became more popular, companies created the pre-packed box we have today, marketing them by placing them near the tills at supermarkets. Children received a selection box each year and regarded them as a main Christmas gift. These gradually became more commercialised, with games and adverts on the back, and are now a Christmas staple.

The first known recipe for gingerbread came from Greece in 2,400 BC. Chinese recipes were developed during the 10th century and by the late Middle Ages, Europeans had their own version of gingerbread.The first documented account of figure-shaped gingerbread biscuits was during the reign of Elizabeth I. She had gingerbread figures made and presented in the likeness of important guests in her court. Over time, some of these events came to be known as Gingerbread Fairs, and the gingerbread cookies were known as “fairings” – their shapes changing with the season. Gingerbread houses originated in Germany during the 16th century, around the same time as the tale of Hansel & Gretel was written by the Brothers’ Grimm. In the classic chicken or the egg dilemma, it is unsure whether the houses were inspired by the story, or vice versa. However, the popularity of gingerbread at Christmas is partly attributed to the belief that spices heat you up in winter.

This tradition began in Western culture during the Great Depression of the 1930s. Remembered as a time of great neediness, parents tried to teach children to show appreciation for the gifts you are lucky enough to receive. Originally, stockings were hung at the fireplace full of sweets, as opposed to cookies, as a “welcome gift” at “Santa’s entrance”. Funnily enough, these have now evolved into being stuffed with presents for the children. The original roots of this holiday food tradition go back even further to ancient Norse mythology. Odin, the most important Norse god, was said to have an eight-legged horse named Sleipner, which he rode with a raven perched on each shoulder. During the Yule season, children would leave food out for Sleipner, in the hopes that Odin would stop by on his travels and leave gifts in return.