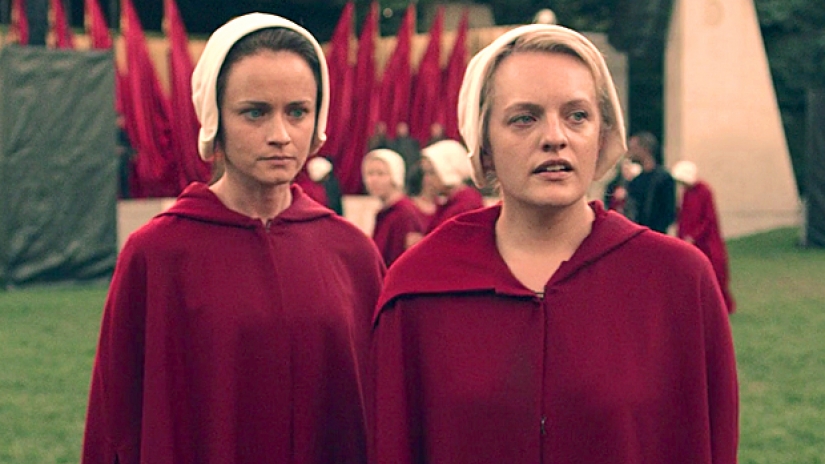 "The Handmaiden's Tale" is but one novel to offer a dystopian vision of the future.

The opening scripture from Naomi Alderman’s The Power reads: “She cuppeth the lightning in her hand. She commandeth it to strike”. In this world, an ancient power is awakened in women: the ability to wield electricity from their fingertips.

In Alderman’s novel, which won the prestigious Women’s Prize for Fiction earlier this year, women literally hold “the power”. Exploring gender politics with the help of a fictionalised dystopic world is nothing new, but the success of the Hulu resurrection of The Handmaid’s Tale in initiating a new generation bodes well for the resonance of such a strategy today. This influence has very much poured over into the real world: we’ve even had our very own handmaids lining up in protest on Kildare St. But what we’re also seeing this year is a trend of authors trying on quite a different tack to Atwood: rather than writing worlds with even more female oppression, what happens when women are the ones on top?

Over the years, authors have had very different ideas of how such a world might look. An early forerunner was the novella Herland, which, despite its sharp wit and astute gender commentary, has never managed to break into popular consciousness (given that it was written by a subversive female author in 1915, perhaps that’s not altogether surprising). In Herland, three young men on an anthropological expedition in South America discover a utopian society. In this country, there have been no men for over 2,000 years, and women have evolved to reproduce asexually.

The three male gatecrashers each represent a familiar strand of masculinity: Terry, an overt misogynist interested in dominating Herland’s inhabitants; Jeff, a chivalric poet who sees women as delicate flowers in need of protection; and Van, the middle-of-the-road protagonist whose main transgression is his silence. The men, very much painted with a satirical brush, try to lure the women of Herland to them with sparkling jewellery, and are ultimately shocked by the rationality and wisdom that characterises the population. “They don’t seem to notice our being men”, muses Van. “They treat us – well – just as they do one another. It’s as if our being men was a minor incident.”

For a book that’s over a hundred years old, elements of Herland are startlingly on point. Author Charlotte Perkins Gilman derides the concept of virginity, spotlights her own society’s attitudes towards marital rape and writes the Herland women as disgusted even by the prospect of dairy (“You must have a heartbreaking time drowning kittens”, the men suggest). The only tenet of Herland ideology that might jar with the progressive reader today is the women’s outrage about the “killing of the unborn”.

The idyllic utopia found in Herland is a familiar cliché that many immediately call to mind when envisaging a world run by women. Who Runs The World? by Virginia Bergin, which was released in June and has been nominated for a Carnegie medal, teases the same stereotype. Aimed at younger readers, this novel is set 60 years after a virus has driven the near-extinction of all men. Consequently, war has been eliminated and everybody Agrees with a capital “A”. “The Earth comes first”, “We reject all forms of violence” and “We will all help each other” are just some of the “Global Agreements” that women in this world have committed to abiding by.

14-year-old protagonist River has never seen a man before. “I mean, sperm has to come from somewhere, so obviously they do exist… but not in my world. Not in anyone’s world,” she explains. “The virus – ‘the sickness’ – targeted anyone with a Y chromosome. Those who survived, they were put into the Sanctuaries to keep them safe – and they can never leave.”

To say Who Runs The World? has been divisive is something of an understatement, and it’s been accused by reviewers of being sexist and man-hating: “MAN MEN KNIVES MURDER RAPE GUNS WAR KILL DEATH” is the mantra that plays over in River’s head when she comes face-to-face with men. In Bergin’s defense, young River’s black-and-white logic feels like it’s testing readers rather than endorsing a point of view: despite its perfect facade, there are darker political undercurrents clearly lurking here, and the sanctuaries where men live are rife with hidden abuses.

Still, there’s something deeply unconvincing about Bergin’s matriarchal world: even the appearance of a peaceable, war-free utopia is hard to swallow. Some of its shortcomings might be attributed to the fact that it’s targeted towards young adults. Incidentally, many bookshops also file Alderman’s The Power away in the Young Adult section – a perplexing choice for a novel so intensely political and violent (ironically, we’re left to wonder if it would receive such a “soft” classification were it written by a man).

While starting from a similar premise to Who Runs The World? – a mysterious virus affecting only one sex –The Power kicks off not in the future but in a parallel present day, counting down year-by-year to the overturning of patriarchal order. All over the world, women begin to report the development of a ‘skein’, an organ that harnesses electrical power and can shock men through touch. “Like needle-pricks of light from her spine to her collarbone, from her throat to her elbows, wrists, to the pads of her fingers. She’s glittering, inside”, writes Alderman. “She twists something quite deep inside her chest, as if she’d always known how to do it.”

With great satisfaction, we watch as bad men receive their just comeuppance. Roxy, the 14-year-old daughter of a British mobster, first unleashes her power to paralyse the hitmen trying to kill her and her mother, while young orphan Allie uses hers to electrocute her rapist foster father.

Things don’t stay morally uncomplicated for long. Described as paradigm-shifting, The Power sketches a women’s world not as utopian, but as equally dangerous as the one we live in. Bloody revolutions break out the world over while men are stripped of fundamental rights. Allie, who hears voices in her head, renames herself Mother Eve, convincing the masses of her dubious “healing” powers, while US politician Margot uses her newfound power to gain advantage over male competitors. “It doesn’t matter that she shouldn’t, that she never would”, Alderman writes. “What matters is that she could, if she wanted.”

The Power’s biggest pitfall lies in its overly ambitious scope. By trying to chart the whole world, Alderman glosses over cross-cultural disparities, stumbling and falling upon cliches of non-Western women: rioters in Riyadh, for example, use their power to “sexually liberate” themselves.

Unsurprisingly, Alderman was herself an Atwood protege, and it certainly feels like the skein has the potential to become as iconic as the Handmaid’s bonnet. But there’s a crucial difference between The Power and many of its predecessors: it shifts its gaze from gender to power dynamics, altogether more multiplex and tricky than the binaries that dominated stories like Herland. There is no possibility of feminist utopia because – unfortunately – in Alderman’s world, as in our own, the reality is much less clear-cut.