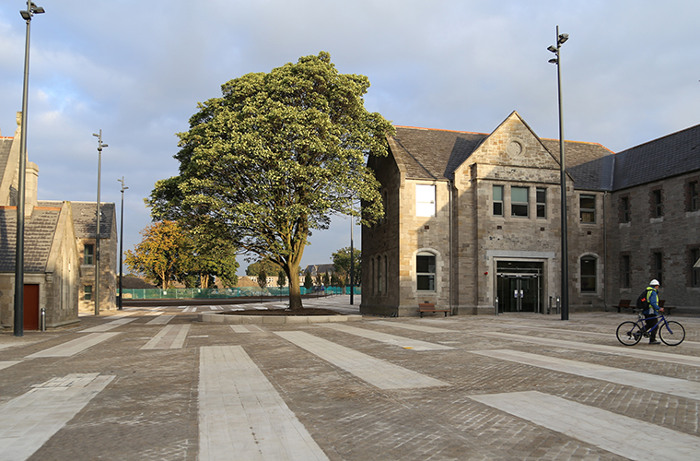 Technological universities are drawing closer. And with the legislative process drawing to a close, the prospect of a new era for higher education draws nearer every day.

The Technological Universities bill aims to unite numerous institutes of technology into four national technological universities. As well as reducing the number of duplicate courses available, it is hoped that this move will result in students graduating from better-resourced institutions, with internationally recognised university degrees. Speaking to The University Times, Minister for Higher Education Mary Mitchell O’Connor said that she thinks the bill “will change the landscape of education for a huge cohort of our students”.

A representative from TU4Dublin, Emer O’Kelly, in an email statement to The University Times, said that the bill will create a university community which “will generate and share ideas, knowledge and innovation, in an environment in which diversity thrives”.

Noting that the three institutes already have a strong tradition of “being inclusive and accessible to all while meeting the needs of the regions we serve”, she explained that this ethos will be carried forward in the continuation of programmes at all levels and apprenticeships.

The President of Institute of Technology Blanchardstown Students’ Union (ITBSU), Conor Dempsey reiterated this while speaking to The University Times: “We’re not merging into a university. We’re merging into a Technological University and the backbone of that is the technological part”, he said. “We’re still going to have that practical skill base. I can’t see the learning style changing and I wouldn’t like to see it changing either.”

Speaking to The University Times, Institute of Technology Tallaght Students’ Union (ITTSU) President Jason Kavanagh said that prospective students are among those most intrigued by the changes. Speaking to parents at the college’s most recent open day, he reported seeing “the parents’ eyes light up” upon being told of the planned developments: “They see it as a huge opportunity.”

Both presidents were initially weary about the likelihood of a spike in CAO points, as demand will inevitably increase once technological university degrees will begin to be offered.

“That was a genuine concern of mine at the start of the year when I took over the presidency and since then it has been somewhat settled”, Dempsey explained.

Kavanagh too noted that despite the expansion, “CAO points won’t be affected”. However, he outlined his hopes that a review will take place after the merge has occurred to ascertain that people from disadvantaged backgrounds, “where we were getting some of our student cohort from”, did not have their access to higher education impeded.

Neither believed that this process of merging will be problematic in terms of maintaining autonomy. Kavanagh has called the discussions between the three students’ unions about how to collaborate their efforts “one of the most exciting parts of the process”, while Dempsey emphasised that ITB’s and ITT’s autonomy will “always be at the forefront”.

“We do not know what such a change means logistically or structurally, will grants be affected, what will the degree state, where the course be located and the list goes on”, they explained.

The pair appeared eager to emphasise that the students of their respective institutions will remain their priority in the ongoing negotiations regarding the prospect of a merger, explaining that decision-makers needed to keep in mind that “without students an institute of technology or proposed TU does not exist”.

WIT’s Vice-President for Strategy Richard Hayes has been among the most vocal supporters of the Technological University Bill. He explained to The University Times by email that the “legislation creates a pathway for already high performing Institutes of Technology to perform at a higher level again”.

Among the most significant benefits of the proposal, Hayes believes, are the financial imbursements, the increased autonomy over the variety of courses institutes of technology can develop and the ability to attract international students with the “powerful” university brand. The legislation, he says, “holds the promise of a change in the funding of our organisations”.

Echoing the sentiment of Dempsey, he stressed that the core values of the institutions will not be altered: “The Institutes were founded with a strong social justice ethos, with the idea that they would act as a route for people into higher education who might not otherwise have that opportunity. This will remain core to the mission of any new university.”

Share remains sceptical of how quickly the west will get a technological university. Acknowledging the vast amount of delays, he said that there is a big difference between the stage the Dublin institutes of technology are at compared to the Connacht Ulster Alliance. “Realistically speaking, it’s going to be a while before Sligo and the IT’s achieve technological university”, he said.

Up to this point, Share admitted that “it would be fair to say there hasn’t been a huge amount” of student consultation in their process. It is something, now that the conversation is back on track and legislation is moving along, that he hopes will become a more integral element to the discussion. “From the CUA point of view, the intention is to get students in and have them as a key participant of the process”, he said.