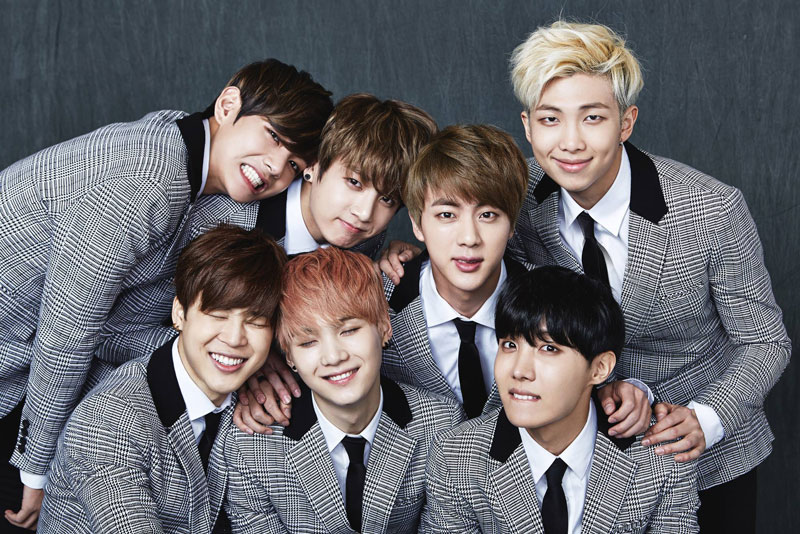 The 1990s was a landmark decade for western pop bands. The Backstreet Boys, the Spice Girls, NSYNC, S Club 7, Five, Take That and many more all first rose to popularity just before the turn of the century. Their sharp choreography, matching outfits and cheesy, loveable chemistry was widely endorsed by all ages. That was the landmark characteristic of 90s pop music. It’s with real love that many recount listening to their favourite pop band hits on their CD walkman, and with real disappointment when they recount the breakups of their bands.

The amicable, yet tacky sentiment of 1990s pop bands doesn’t seem to sit so well with contemporary western listeners, however. It’s strange to think the beloved phenomenon died so quickly, now resigned to mere nostalgic playlists.

Around the same time, a similar movement was booming in Asia. In South Korea, a few pop bands came together, taking influence from those in the West. They struggled to get off the ground however, and it wasn’t until the early 2000s that pop bands really began to penetrate the South Korean market. Now more commonly known as K-pop, South Korean pop music has developed into a genre in its own right. K-pop has a growing share in the global market, with local interpretations of the genre now commonplace in the musical markets of China, Japan, India and Southeast Asia.

K-pop bands dominate the genre, far outnumbering solo K-pop artists. Much like 90s western pop, heavy use of choreography and uniform-like outfits are indicative of the bands. Contemporary K-pop sounds much like western pop, taking stylistic influence from western hip-hop, pop, rock, EDM and more. Lyrics come in a blend of English and respective local languages, its feeling of familiarity among non-Asian listeners lending to its growing widespread popularity.

The visual elements of K-pop are what sets it apart most from the West. The physical appearance of those in K-pop both individually and as a group is what producers want to sell. K-pop and its surrounding culture is mass produced for consumption, from the music and visuals to the band members themselves. This has polarised the genre, leaving room for only the hyper-masculine or hyper-feminine, and nothing in between. Talent is optional and can be feigned through technology and auto tune.

Music videos and the way in which they portray band members have been central in shaping the culture of the genre. Cinematic, expensive and over-the-top music videos are as much, if not more so, a part of K-pop than the music itself. K-pop boy band videos are sophisticated and futuristic. For example, each music video by popular K-pop boy band EXO feels like a four-minute blockbuster film, immersed with imagery of expensive cars, dark colours and slick fashion. K-pop girl band videos – such as those of SISTAR and G Friend – are brimming with bright colours and short skirts, with a dominant cutesy-sexy narrative to which nearly all K-pop girl bands conform.

For women in K-pop and across much of Asia, the hyper-feminine presentation of women has had a twofold effect. The strength of pop band “girl power” and the sexual liberation portrayed in K-pop music videos has shifted traditionally conservative thinking about women’s roles in Asian society. K-pop deserves credit for its role in increasing the acceptability of women taking up space in the public realm.

However, the hyper-feminine portrayal of women in K-pop has been criticised for the way in which it over-sexualises and exploits young women. While K-pop has given women a public platform that is relatively new in many Asian societies, the sexual liberation it provides exists in a virtual vacuum and does not transcend into private life.

While their male counterparts are also exploited in K-pop, women suffer a double standard in which their public, liberal image is not accepted in other contexts. Some argue that K-pop does nothing but add to the objectification of women, normalising their portrayal as sex objects. Furthermore, the hyper-femininity of women in K-pop fuels the traditional notion that women must always be “feminine”.

While the industry does undoubtedly shift views on what women can do in society, it reproduces other gender roles about how both men and women must act and look.

Both men and women in the region suffer from the oppressive beauty standards K-pop holds. Male and female artists produced by K-pop are often but carbon copies of one another, with similar skin tones, body shapes and facial structures. Conformity to one particular image is sacred in K-pop, and is often contractually claused.

Women and men in the industry are often subject to “slave contracts”, which in essence allow their managers and producers to shape them into whatever they think will sell. Producers in the K-pop industry have even been known to force band members to undergo cosmetic surgery prior to their debut. K-pop stars often have little to no input into their own artistic capital, and are but a product in which producers see nothing other than financial worth.

More recently, one K-pop girl group from China have found notoriety due to their efforts to break from the traditional reigns K-pop has for girls. Effectively placing K-pop’s strict feminine/masculine polarisation on its head, the girl group FFC-Acrush present as androgynous, and have huge gained respect. From Billboard to CNN, western media has given them considerable attention, and they are widely referred to as “China’s hottest boy-band” made up “entirely of girls”. The all-cisgender girl band actively impersonate boys, adopting all the hyper-masculine roles K-pop expects of men.

In a refreshingly different sense to the false production of other K-pop bands, the girls in FFC-Acrush have all said that they enjoyed dressing androgynously before they started the band. They have an element of authenticity rarely found in K-pop, and while it would be naive to expect one band to revolutionise the industry, FFC-Acrush present some hope that K-pop may find space for greater diversity.

However, the true extent of the influence K-pop has on its consumers is difficult to quantify. The BBC recently reported that almost half of women in South Korea in their 20s have had plastic surgery, but it’s hard to associate this directly with K-pop. And while Reuters reports that a recent survey found that 21 per cent of pre-teen respondents want to be K-pop stars when they grow up, the pre-teen dream to be a pop star should be taken lightly.

This is not all to say that K-pop is a bad thing. It’s catchy, creative and fun to dance to. The deep issues that exist within the genre around gender representation and what is rumoured to go on behind the industry’s closed doors cannot be ignored. But as FFC-Acrush show, things might be improving, and K-pop is a promising way in which we can relive the golden era of 1990s pop bands, and enjoy some much needed non-Western culture.