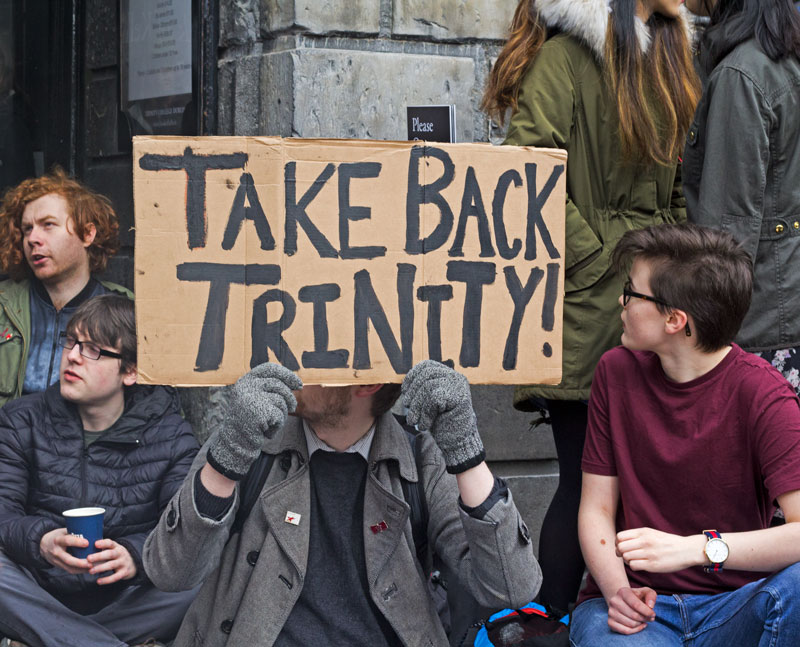 After two days that embarrassed Trinity into negotiations on supplemental exam fees, students were once more outside the Book of Kells this afternoon promising to “take back Trinity”.

Outside the Book of Kells, campaign member Conchúir Ó Raidaigh, who was one of the students who occupied the Dining Hall, told tourists to look to Trinity for refunds. In scenes that have now become familiar, students explained to tourists the reason for the protest.

Speaking to The University Times yesterday, President of Trinity College Dublin Students’ Union (TCDSU) Kevin Keane agreed with Morash’s statement saying: “We have ended our occupation of the Dining Hall, but it is now vital that students maintain pressure on university management.” But Keane said “the union cautiously welcomes” the statement from College.