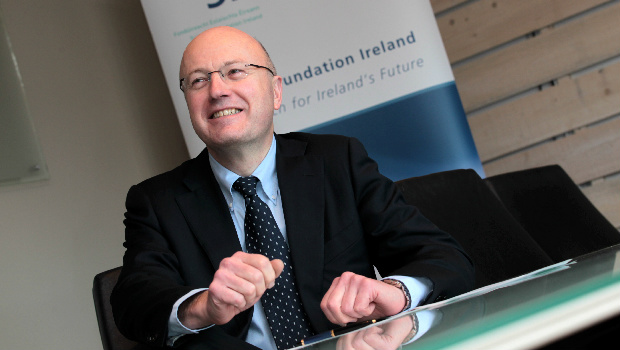 Despite our country’s small size, Irish research is performing exceptionally well on a world stage. With a clutch of world-class research centres and universities that compete with the best in the world when it comes to securing research funding, Ireland has a reason to pat itself on the back.

Yet all isn’t as well as it seems. Higher education is facing a funding crisis and our universities have fallen down world rankings. Scepticism in science hasn’t reached heights seen elsewhere, but scientists still felt compelled last year to take to the streets for the March for Science.

In this environment, Director of Science Foundation Ireland (SFI) Mark Ferguson has a difficult job, navigating a sector that has learned to make do with less.

Yet Ferguson is charitable. Speaking to The University Times, Ferguson highlights the top talent in Ireland – Luke O’Neill, from the Trinity Biomedical Sciences Institute (TBSI), and Jonathan Coleman, from the School of Physics and CRANN at Trinity, were both highlighted in the top one per cent of most cited researchers in their respective fields in the 2017 SFI annual report.

Ireland is well on the way to hitting the target of securing €1.25 billion from Horizon 2020. Ferguson was keen to stress however, that while we are doing well, and the scientific community in Ireland is rallying, we shouldn’t be complacent. The size of the average grant to Irish researchers is increasing and the number of projects being led out of Ireland are growing. So, as Ferguson says, it’s “all going in the right direction”. Also worth mentioning, as a testament to Ireland’s scientific prowess, is the sector’s success in collaborating with top institutions across the world.

Yet while Ireland does appear to be doing well, there are cracks in this facade. The first is that Ireland’s success is not appreciated fully by the public, nor, it can be argued, by the larger scientific community here. The second issue, and one which is significantly more difficult to rectify, is funding.

Ireland is spending somewhere in the region of 1.5 per cent of GDP on public research. According to Ferguson, it should be about 2.5 per cent. Ferguson, despite this, does point out that during the economic downturn, science and research were not hit as badly as other departments.“If I were being defensive, I would say SFI’s budget has increased every year for the last five years, but it’s not adequate. We need to do better and we need to do more and hopefully as the economy recovers, we will be able to do that.”

Of course the demands on the public purse are significant. Housing, health and the rest of the education sector are all lobbying for more money. His job is to make sure science is up there with the rest: “It’s a question of how far up the priority list you go with it, and it’s my job, and the communities job, both academic and commercial to advocate that.”

It’s not always an easy job. Even in the UK, where universities are better funded, academics and researchers often still feel compelled to publicly make the case for higher education. Writing in the Financial Times, Vice-Chancellor of the University of Oxford, Louise Richardson, had to make the case that universities are assets.

If international recognition for Irish research doesn’t always work, there are many other arguments. If you look at all developed economies in the last 50 years since World War II, “more than 80 per cent of the growth in the economy is attributable to scientific research and innovation”.

If you look at all advanced countries, such as the US, UK, and large chunks of Europe, “there’s no dispute about that, it’s clear from large numbers of economists and everyone agrees”, says Ferguson.

Another important benefit to increased science and research funding is that researchers are being trained with skills that are important for the economy: 90 per cent of the people that SFI funds go onto careers in the private sector. Less than 10 per cent will become professors, and that’s true of all countries around the world.

“Those people will provide a great input into the economy going forward and we constantly need to remind folks of that and we need to be advocating personally. I think it’s a great space to be in. I’d be a lot more worried if we didn’t have excellent projects to fund. There’s no such thing as a failed research project”, he says.

Five years ago we were able to fund all the excellent proposals that we received. We are now unable to do that

The problem of underfunding in Irish science is by no means unique or uncommon. Many projects around the world fester and fail because of a lack of funding. A recent example is SFI’s decision not to fund the Inflammation and Immunology Research Centre (INNATE), which triggered surprise in Trinity, coming as it did with the pedigree of some of Ireland’s top immunologists.

“That’s a much more difficult problem to solve. I understand the frustration of people, if you’ve got an excellent project and there’s limited budget, but you just have to try again and that’s just life”, says Ferguson.

There is hope for the funding situation to improve. Ireland 2040 shows the government’s intention to fund 20 SFI research centres (there are currently 17). These centres represent some of the best of Irish research and that is reflected in their citations internationally.

By 2020, SFI hope to fund 500 PhD studentships in a potentially similar way to that of the UK, perhaps incorporating taught modules with lab rotations with the hope of tackling some of the bigger emerging issues and filling gaps in the employment sector. Science is progressing at a rapid pace in Ireland, which is undoubtedly a positive, but funding is struggling to keep up. As Ferguson concludes: “Another way of thinking about it is that five years ago we were able to fund all the excellent proposals that we received. We are now unable to do that, and that’s a testament to the increasing performance of the research system and now we have to try and match that.” 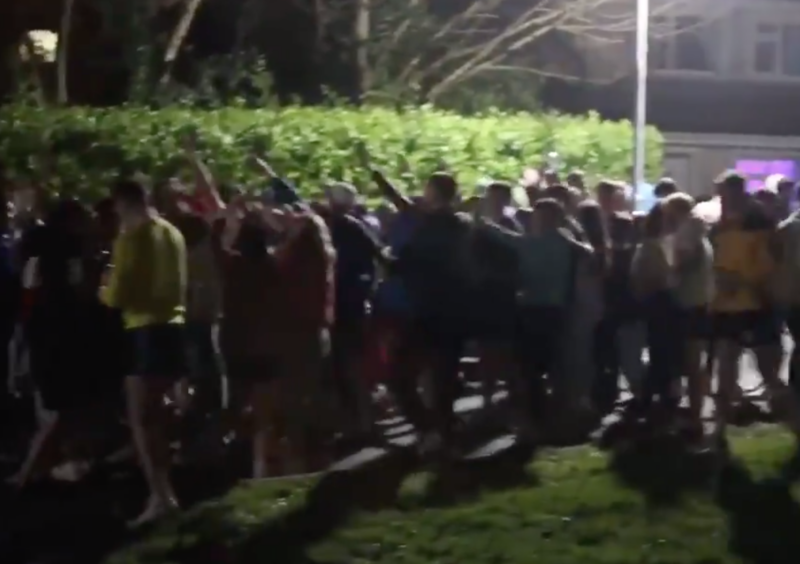