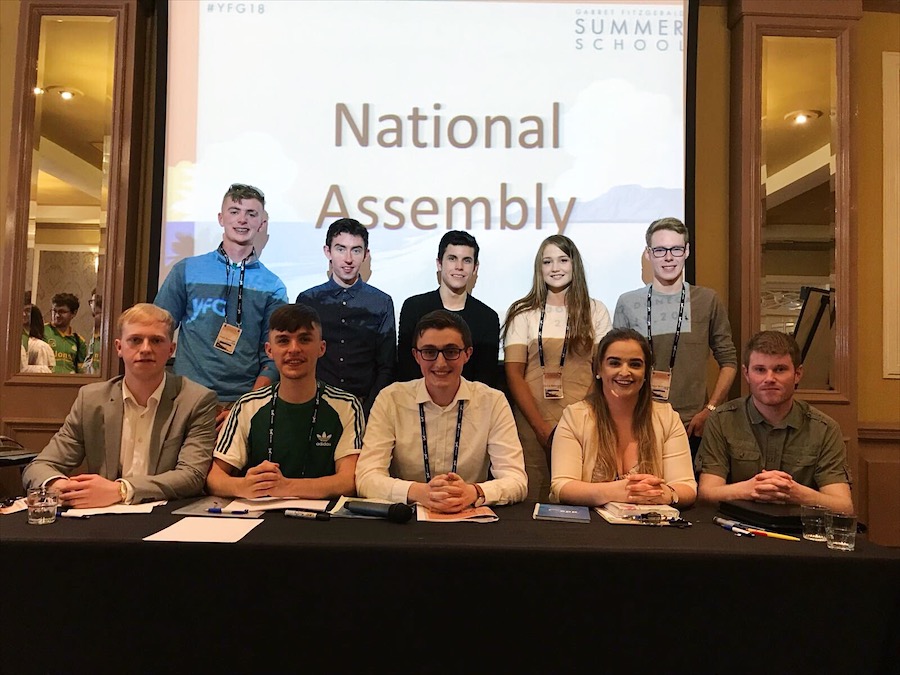 Over the weekend, members of Young Fine Gael debated a motion that both Kerry and Trinity branches proposed to members at the Garret Fitzgerald Summer School – a motion to campaign for the freedom to opt-out of their students’ unions and to allow for freedom of association with them.

I would like to explain that the passage of this motion does not call for all students across the country to opt-out of their students’ unions, but to give them the freedom and the choice to freely associate with a union that they feel does not entirely represent them.

I am quite proud to be a member of Young Fine Gael and in particular, Trinity’s branch, as some of our members were involved in starting a campaign to give students optional membership of the students’ union. These members have sparked a national debate on the issue and the campaign is only getting started.

Much of the discussion centred around constitutional rights, something which I have a passionate interest in. One of the main facets of democracy in this country is the freedom to associate with unions and organisations and this right is enshrined in the constitution. However, this constitutional right equally allows for people to disassociate from unions as well.

I am sure most people would be unhappy if they found out that they were forced to be a member of a political party and had no means of leaving. As individuals,we’re not all going to agree with one party and believe in one party or its ideology so therefore it is fair to assume that every student will always agree with its union, especially when that union takes unrepresentative stances on controversial and divisive political issues and put union resources towards these causes. When students’ unions operate like this, it is to be expected that students are going to want to leave that union as they feel that they are not being equally represented by the people who claim to have their best interests at heart.

I am well aware that some people reading this will disagree wholeheartedly with me and believe that students’ unions have many benefits for all students and that they are a vehicle of social change in Ireland campaigning on different issues and for laws to be changed. While I respect the fact that students’ unions are campaigning to change laws, it must also be the case that they should respect the law of the land and the constitution. The Supreme Court has previously ruled that constitutional rights must prevail over any common law rights. This means that nobody can deny you your rights, your personal liberty, your freedom of thought and expression and fundamentally your right to associate or disassociate with any union. Given the fact that everyone’s right to associate or dissociate is a personal right under the constitution, students’ unions must respect this and should not have rules that contradict the rights of Irish citizens.

The choice to opt-out of students’ unions is available in other countries such as the UK, New Zealand and Australia and the sky has not fallen there, and students’ unions have not seen a calamitous fall in its membership. Why should the same be expected to occur in Ireland if membership were to be made optional?

To choose whether to associate with a union or to disassociate from a union is a personal right, and a right that must be protected

Moreover, there is a perception that we’re stronger together if everyone is part of a students’ union, but I do not believe that this is the case. Surely it would benefit both unions and the students if membership was optional. The students’ union would be better off, as it could pursue campaigns without much opposition and would have a more unified voice rather than forcing those who fundamentally disagree with them into union campaigns and protests. It is not as if those students will go out campaigning for the unions anyway.

I believe that liberty is the most important gift that people living in Ireland are given. It is a liberty of choice. To choose whether to associate with a union or to disassociate from a union is a personal right, and a right that must be protected. I am delighted that the motion for optional membership of students’ unions and freedom to associate with them was passed by the membership of Young Fine Gael last weekend and I will be proud to campaign for the rights and liberties of all students in this country.

Liam Byrne is the Chairperson of the Trinity branch of Young Fine Gael. He supported the motion in favour of the freedom to disaffiliate from students’ unions at the Garret Fitzgerald Summer School on Saturday.