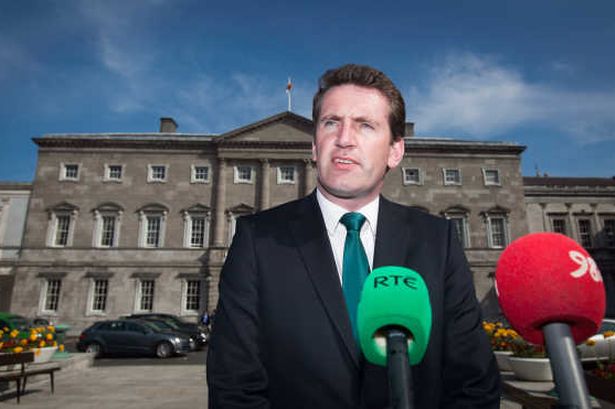 When I worked as a Minister of State in the Department of Justice from 2014 to 2016, myself and my team used to joke that the officials should paint the words “pull factor” in 6ft high letters in every meeting room. While I was charged with the task of breathing some humanity into the building and trying to reform the direct provision system from within, it always seemed that most answers to my questions were met with that frustrating phrase: “pull factor”.

“Pull factor” was the reason why we really couldn’t or shouldn’t do anything to reform our immigration or asylum system because essentially it was feared that any improvements would result in more immigration and more claims of asylum in Ireland. The attitude in the Department of Justice was so conservative and arguably hostile to change that I came to the view that they were institutionally incapable of dealing with any reform of direct provision effectively. They have a security mindset in that department – they still have bullet-proof windows (a legacy from the Troubles) – and everything is seen through a law-and-order prism. Whatever gains that we made were hard fought, but I now feel it is time for another department to take ownership of the issue.

Direct provision was a creature of the early 2000s. It was a system created in an effort to cope with unprecedented numbers of applicants arriving in Ireland. At that time there were over 10,000 applications annually and reports emerged of families sleeping in parks and playgrounds because government policy seemed to want to wish the “problem” away. Direct provision centres were opened around the country growing to 34 centres over a period of years. Of course, as with everything in Ireland, it was originally intended as an interim measure for six months. People ended up living there for over 10 years.

In tackling the issue, I felt it was crucial to meet as many residents as possible in as many centres as possible, so I travelled the country and visited centres in Laois, Mayo, Limerick, Waterford, Sligo, Meath, Clare, Galway and Dublin. Some centres I would have been happy to stay in overnight and some I wouldn’t. But there is no way anyone should be residing in such an environment for months and years on end without resolution in sight to the application they had made to stay.

Direct provision was a creature of the early 2000s. It was a system created in an effort to cope with unprecedented numbers of applicants arriving in Ireland

I met many desperate people who were being crushed by this system. Some were victims of rape or torture. Some had witnessed things that haunted them. None deserved to be belittled by a system invented by a country that really should know better. So despite the warnings of the famous “pull factor,” I set to work to change it.

The direct provision working group, chaired by Judge Bryan McMahon, published its findings in July 2015 in a document that was a compromise agreement between departmental officials and numerous NGOs working with asylum seekers and residents in direct provision. There were high hopes that, if fully implemented, the lives of the 4,500 or so residents could be vastly improved.

The report recommended much less than the abolition of direct provision that many had advocated. At the time there was a realisation that placing 4,500 people on housing waiting lists was not a viable solution. The solution was to fast track applications and in the vast majority of cases who were in the system over five years – to give them the papers that they craved. And it worked to a large degree. In 2015, a total of 2,695 people were in direct provision over three years. By 2017 that figure had fallen to 1,200.

The commitment of the new government to delivering change in this area got off to a very disappointing start in 2016. The draft programme for government when published included a commitment to implement the McMahon report, but it somehow disappeared entirely when the final programme for government document was released. Somebody, somewhere, deleted the essential commitment to implement the McMahon report. I assume it was one of the “pull factor” officials.

The report included 176 recommendations. They need to be implemented in full and the government needs to move the responsibility for its implementation from the Department of Justice. We as a nation have an historic and moral obligation to do better. We are the very people who felt hunger, oppression and sectarian violence. We travelled on coffin ships. We were refused the right to work.

We are in the land between Trump and Brexit. We owe it to those in direct provision to do better. But we owe it to ourselves too.

Aodhán Ó Riordáin is a Labour Party Senator and served as the Minister of State for Communities, Culture and Equality in the Fine Gael–Labour government from 2011 to 2016.