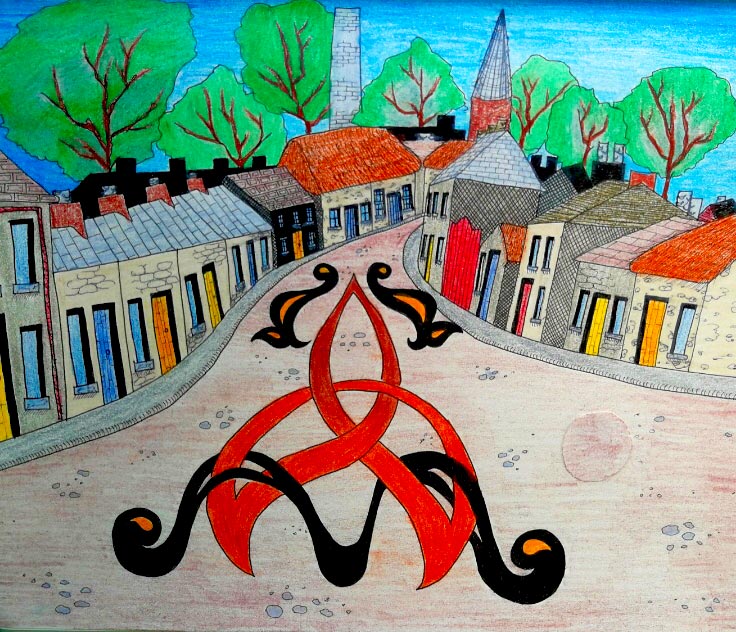 The Book of Kells is one of Trinity’s landmark attractions. Up to 454,000 people visited the book’s exhibition in the first six months of 2017. The manuscript is an intricate artistic depiction of the four gospels of the New Testament and considered one of the most magnificent pieces of art from medieval Europe. An often-untold story, though, is how the book came to Trinity in the first place.

Native to Kells, Co Meath, the book’s story is one of a personal nature. In 1654, as Oliver Cromwell’s troops approached Kells, the book was sent to Dublin for “safekeeping”. Subsequently, it was confiscated Henry Jones – later the Anglican Bishop of Meath – who brought the book to Trinity, where it remains today. This action should be analysed in the context of the wider disenfranchisement of Catholics in Ireland at the time by Cromwellian troops.

In the early 2000s, Kells Town Council converted the town’s old courthouse into a heritage centre. The courthouse was designed by Francis Johnston, who was also the architect responsible for the General Post Office (GPO). The town has a rich monastic history dotted throughout, with a round tower, several medieval graveyards, Ireland’s only inland lighthouse and several medieval stone crosses located throughout, most noticeably the market cross located outside the courthouse.

Despite this rich history, the heritage centre now lies derelict alongside most of the buildings as you enter the town. Kells currently boasts an unemployment rate of 28 per cent, down from an even more unenviable peak of 38 per cent in 2011. The town has qualified for EU regional aid since 2014, but as of yet has not been granted any relief.
Kells is not alone in this sense: many small towns in Ireland have been left behind this last decade. The problem, however, highlights the broader issue of systemic privilege within Trinity. I am the only person from my leaving certificate class in Kells to attend Trinity. This should be an alarming statistic, especially considering the fact that the College makes millions annually from the Book of Kells, while the book’s original home struggles on as one of the most disadvantaged regions in Ireland. Only one in every five people in Kells has a third-level education.

Despite this rich history, the heritage centre now lies derelict alongside most of the buildings as you enter the town

A pet project within the town for a number of years has been to campaign for the return of the Book of Kells to its original home in Kells. There are convincing arguments that the Book would generate jobs and income for a town that’s in desperate need of both. The now-derelict heritage centre even constructed a specialised room to protect the priceless artefact. Trinity, though, has never seriously entertained the idea of returning the Book of Kells to Kells, arguing the book is a “national artefact” and thus should be presented to the world in Trinity.

This logic has never sat well with me. The book may well be a “national artefact”, but to dismiss small-town Ireland as unworthy of its own treasures is quite alarming, and perpetuates the idea that Trinity is detached from the rest of the country. The idea of reparations has grown more prevalent these last few decades, and need not merely in relation to colonialism and the slave trade. Museums throughout the Western world are filled with ill-gotten items, ostensibly kept for “safekeeping” as their mother countries are seen as too unstable to adequately preserve them.

While there may be merit in this argument, Ireland is slightly different in that while Trinity may have been a foreign, exclusionary institution in the 1600s, it is most certainly an indigenous institution today. Can an action from the 1600s negate Trinity’s status as the rightful owner of a valuable piece of Ireland’s heritage today? I do not believe Trinity would part with the book today, nor do I feel it should.

The book may well be a “national artefact”, but to dismiss small-town Ireland as unworthy of its own treasures is quite alarming, and perpetuates the idea that Trinity is detached from the rest of the country

Instead, I believe the question should be rephrased. Trinity, as an institution, has been the recipient of systemic privilege for centuries. It has accumulated to a point where one could be forgiven for believing Trinity is almost a foreign country within Ireland, detached from the realities of Dublin life. With a campus pushing for hefty, unaffordable accommodation barring thousands of potential students from ever entering the College, we need to ask ourselves: just where does Trinity stand in Irish society? Is Trinity as an institution going to continue as this spectre outside of traditional Irish life, or will it lead as a vanguard for Ireland into the new century? Will the College focus on increasing enrolment from international students, or will it focus on improving and developing outlets such as the Trinity Access Programme (TAP) programme, to diversify the makeup of its students?

Trinity’s approach to Kells should be viewed in the wider context of its disinterested approach to working-class Ireland generally. While Trinity’s profits continue to grow, areas like Kells are left behind by increasing income inequality and a job market that perpetuates a culture of precarious and low-wage employment. Trinity, unlike Kells, is a powerful voice within Ireland and can change its tactics if it wishes. The College should use its voice within Irish society to argue for a more inclusive environment in higher-level institutions throughout the country and should aim to foster talent based on talent, irrespective of the class or background of its students. The Book of Kells should be seen for what it is: a cold, callous money-making ploy by a College too aloof to see the irony of its two-handed approach to the question of the book and the town from which it comes. While the priceless manuscript should remain in Trinity, the College’s attitude to Kells, and small, disadvantaged towns around the country, must change, consigning the systemic privilege associated with College to the scrapheap of history.