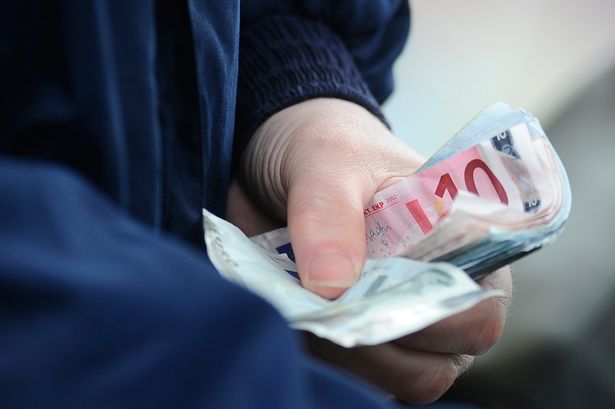 It is a natural part of student life that money will frequently change hands within a group of friends due to temporary cash-flow issues. These issues are caused by the fact that income levels among students will generally range from worryingly inadequate to entirely non-existent. As a result of this, there is often a need for those who are temporarily in a position of financial stability to bail out their friends whose bank balances don’t stretch to a litre of milk.

In many cases, these loans have little to do with generosity, as the intention may be merely to drum up the numbers for a night out or to justify an expensive lunch but regardless of the objective, this culture of short-term lending is vital to uphold, since you never know when you will find yourself on the receiving end.

The danger with loans though, is not so much financial as social, we’ve all been in that awkward situation (on both sides) when a debt remains unpaid long after the debtor has regained the ability to pay it. Then the transaction hangs in the air like a bad smell and real tensions can arise when a close friend seems to be ignoring the fact that the circle hasn’t been squared.

Nobody wants to be known as the type of person who demands €4.50 for a pint that was bought four months ago

It can be an uncomfortable situation to confront such a person for a variety of reasons, such as the usually small amount in question, or the length of time that has passed since it was lent in the first place. It is natural to be reluctant to appear “tight” with your money, since this can be a tough reputation to shake. Nobody wants to be known as the type of person who demands €4.50 for a pint that was bought four months ago.

This being said however, it is equally undesirable to become known as the sort of person who will consistently fail to repay small amounts of money, as this will lead to a general reluctance to help you out in the future. Aside from this practical drawback, if it is suspected that you are deliberately attempting to evade the debt, then this can put a genuine strain on the relationship.

As online banking and digital payment apps become increasingly commonplace, the scope for debts being reasonably left unpaid has been greatly reduced as it is now relatively easy to send the necessary funds without ever interacting with the lender. In all fairness it has to be said that this generally does mean that loans are settled as quickly as possible: almost everyone will have experienced a situation where they simply have no prospect of their money being returned to them.

While it is clear that there is generally no time limit for repayment, since it will only be expected when a friend’s financial situation has improved, the question arises as to what amount of money is sufficient to specifically request that it be paid? Clearly the likes of a coffee is the sort of thing which can be easily brushed off between friends and similarly a drink on a night out can be forgotten since it will usually even itself out in the long run.

Beyond this, there is something of a grey area for things such as picking up the bill for lunch or paying for a taxi home. It certainly isn’t the end of the world if you were to chalk it up as a loss but equally you would appreciate the money back.