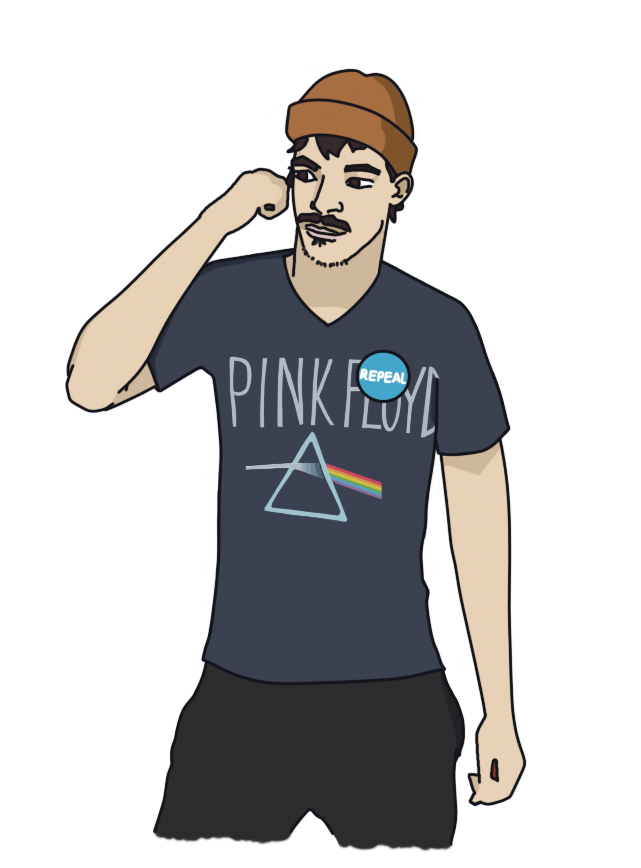 A fashion trend? A lifestyle choice? A fundamental sense of self? Whatever it is, Trinity is rife with the soft boy™ look. But, can you spot one? The little rats wormed their way into Trinity’s dress sense beneath our sartorial radar, but I’m here to rectify the situation. If you don’t know what a soft boy is, use this urban dictionary definition to crawl out of the sad rock you live under: “Differs from the fuckboy because he goes for the heart and emotions rather than just the body.”

Disclaimer: the concept of the “soft boy” is not an attack on men being open to discussing their feelings. I do not want to demean the positive changes in society toward male mental health awareness. But, the true soft boy does parasitically feed off this, as if a basic comprehension of human emotions, using the word ‘melancholy’ in your vocabulary, and the ability to cry at a Wes Anderson movie signifies an emotionally superior person and warrants the absence of any personality.

I really must emphasise how different™ the soft boy is on all levels metaphysical and sartorial. There’s no obvious fashion pageantry to the Trinity soft boy, but you can spot him if you know where to look. I’ve curated a loose list to aid you in the identification process from my extensive research on the philosophy floor of the Ussher, the arts block benches, and the now defunct Instagram page @beam_me_up_softboi.

Firstly, the soft boy loves a good band tee. Anything with The Smiths on it is compulsory, closely followed by Tame Impala, and maybe even Vulfpeck if they’re really indie. Any alternative music must be posted to their Insta story and they definitely have their Spotify hooked up to Tinder. The soft boy is also really into graphic design and bought some Odd Future merch to prove it.

The soft boy also loves a bit of virtue signalling. He definitely adorned himself with repeal paraphernalia because he’s a feminist and really respects women. No, he didn’t register to vote, but he dons ideologies as carelessly as the totally redundant roll up beanie that doesn’t even cover his ears. And of course, a soft boy knows how to accessorise any outfit with a carefully chosen and very visibly displayed book. Preferably a copy of Susan Sontag’s On Photography.

His ill-fitting trousers are endearing and the perfect complement to his Doc Martens, which he’ll use to stomp all over the patriarchy for you. God, he respects women so much. But he’s careful to alternate his Docs for a pair of grimy dad trainers, giving him a chance to show off his skater boi tube socks.

Finally, they’re often rather hirsute. On their heads they love to emulate soft boy predecessors, such as Edward Cullen, any Romantic poet and Jesus Christ, but many a soft boy also has a pre-pubescent moustache. He’s slightly embittered about Movember because he’s been trying to grow his for months and it doesn’t make him so different™ anymore. Regardless, he looks like the history teacher you always thought was a little bit of a paedophile.