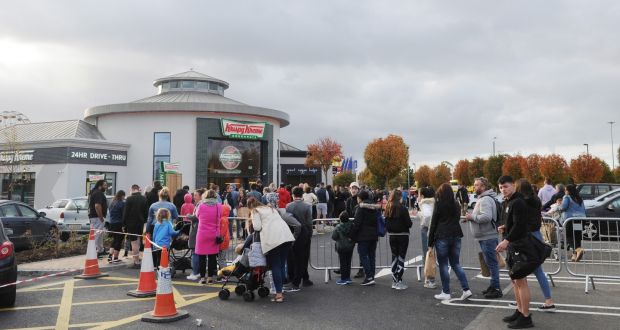 Returning to Dublin last year after a couple of years in Berlin, nothing could have prepared me for the food craze that was rolling into town.

The food scene I was leaving behind was exactly what you might expect to find in Europe’s hipster capital: a world in which niche diets were essentially obligatory, at least if you wanted any chance of being cool enough to get into Berghain on a Saturday night. It was tricky at first to get my eyebrows to behave when people announced they were fruitarians or ate meteor dust for breakfast, but after learning some anti-Western medicine stock phrases for handy use, I managed to get to grips with Berlin social etiquette. Before I knew it, I was down with the kids. I even got a job at a trendy cafe that served seaweed bacon and mushroom coffee, a place where muffins were invariably gluten-free, sugar-free, and vegan, thanks largely to fad favourites such as einkorn, tiger nuts, and okara flour. Polenta cake became my new normal. The whole thing might have been a bit pretentious, but who doesn’t enjoy a bit of pretension with their morning coconut turmeric latte and daily dose of misplaced self-righteousness?

I know I certainly did, and when I landed back in Dublin I was eager to see what hip new ingredients were taking over my newly gentrified home city. I’d heard hopeful whispers about what was happening in Stoneybatter and Phibsborough, and was starry-eyed about living in an overpriced studio with upcycled furniture and paying a lot of money in vintage shops to look like I’d recently climbed out of a bin. And, of course, I’d be in the lucky position of being able to share my newfound worldly knowledge with all the primitive Dublin bumpkins.

As you can imagine, my dreams were quickly shattered. Dublin, it seems, is still caught in the dark ages. Since returning home, the city has disappointed me on many counts: denying women bodily autonomy, leaving families homeless on the streets. But what really takes the cake is the city’s lingering donut obsession.

Dublin has made poor food trend choices before – burritos are a lone success story amid failed bids for fad status by overpriced milkshakes and bubble tea. Still, these things I could, to some extent, get on board with. Our generation love to carry around branded drinks, and doing so in an environmentally friendly KeepCup is a great way to be sanctimonious while making hardly any effort. But donuts, a relic of 1970’s US cop dramas? Nothing about them makes sense in this day and age. Flour? Sugar? SATURATED FAT?! What was Dublin thinking?

It all started circa 2016. Donut shops, once limited in this country to a portaloo-sized O’Connell St booth, began popping up in expected places. Within months donut vendors had become complete and utter parasites, and started hijacking every Spar, train station, and – bizarrely – printing shop you’ve ever stepped foot in. Equally as unpalatable spin-offs, such as the cronut, were born. A donut stand even become a constant in Trinity’s own House Six shop.

Every time I think the trend has finally kicked it, it somehow resurrects itself. US Chain Krispy Kreme recently made its Irish debut, and its store in Blanchardstown – which was initially a 24-hour affair – is regularly subject to queues out the door of heart disease-loving patrons.

I’m honestly ashamed to live in a city where such dietary atrocities are taking place. Not just because these foods are killing us and probably the planet, but because our donut obsession is, frankly, just lame.

I consider myself a tolerant person. I hold my tongue when my friends slip up in their hipness every now and then. In fact, I find it quite charming when they order coffee with actual dairy milk, and when I tease them for being dinosaurs, it’s all in good fun. But I can’t hold my judgement so well when it comes to donuts. Being out of touch is only endearing to a point: it’s cute when my granny calls it “Facebooks”, but when she makes racist comments? Not so much. You have to draw the line somewhere. And I personally draw it in glutinous deep-fried dough.

Now, let me clarify: I wouldn’t mind if these were cool donuts. Made of buckwheat or tofu or whatever. But they’re not. They’re pure dough, brimming with the g-word. Yes, the protein-who-shall-not-be-named: gluten. Irish donuts are chock full of it and have the structural integrity of a Soviet-style apartment block. Personally, I live in the 21st century. I like my dough to disintegrate as soon as I touch it, just as the Paleo gods intended.

These donuts, as far as I can tell, use actual refined sugar. Yes, I’m serious. You’d be forgiven for thinking that these bakeries haven’t even heard of agave. As for the decorations: tacky, tacky, tacky. Their icing screams e-chemicals which, in addition to being potentially carcinogenic, looks far too 90s – the blue Smartie look is woefully outdated. I’d wager that they’re not even using spirulina powder as a dye.

The flavours are deeply disappointing too. Raspberry glazed? Boston cream? Nutella? It’s antiquated. I haven’t seen a single Lavender Pear, Cranberry Rosewater Toasted Pistachio or Maple Smoked Fig flavour donut anywhere in town. If donut shops aren’t even observing absurd dietary restrictions, they could surely afford to have a bit of imagination with their flavours.

It’s been over a year now and I’m still shocked by how white-bread Dublin’s taste for donuts is. They’re unhealthy, uninspired and patently uncool. If I stay here, I may just end up dying of shame – that is, if the high cholesterol doesn’t get me first. If Dublin wants to avoid another “generation emigration” and hold onto its hip young people, it’s going to need to catch up and ditch the donuts.