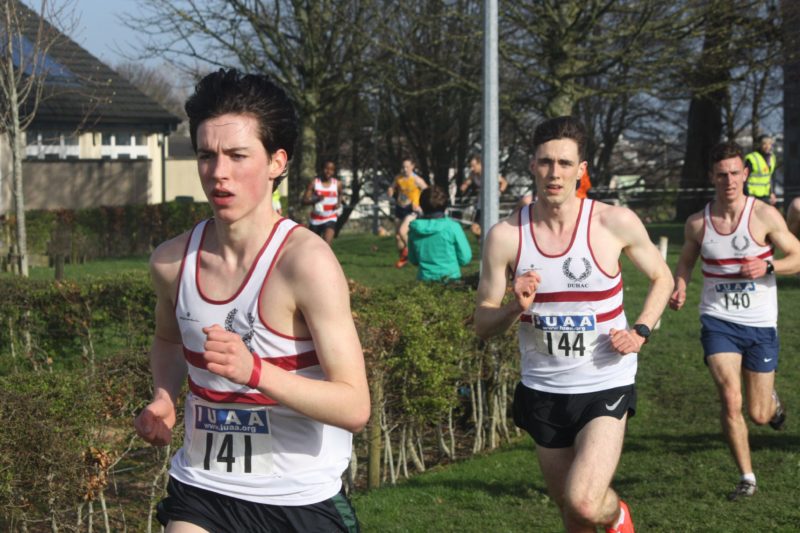 Dublin University Harriers and Athletics Club (DUHAC) finished in third place at the Irish University Athletics Association (IUAA) Cross-Country Championships, with the women’s team coming home with silver and the men’s team putting in their strongest performance in years by finishing in fourth place.

Overall, the club finished third, with Dublin City University (DCU) and University College Dublin (UCD) finishing ahead of them.

In a press statement, McAllister said that “the ladies showed that they are [all] well capable of competing at the highest level in varsity athletics”.

“Building on our bronze medal last year we secured a silver place finish and had our first four finishers in the top 15 which is really amazing!”

“As captain”, she added, “I am incredibly proud of all those that competed and excited for the coming year. All performances were testament to the countless evening spent down at College Park and I am glad our dedication was rewarded with a silver medal”.

The men’s team finished fourth overall, just missing out on a bronze medal, which would have been their first in 14 years. Trinity had four runners in the top 30. Matthieu Proffit was Trinity’s first finisher, taking 20th place, followed by captain John Moroney in 22nd place. Connal Hayes claimed 25th place and, despite struggling with a knee injury, Dónal Farren finished in 28th position.

In a press statement, Moroney said: “I’m incredibly proud of all the lads today. The going was really tough out there, and every one of them put their bodies on the line for the team.”

“I’ve never been a part of such a strong cross country team in my time in Trinity and it’s a testament to our strength in depth this year that we were down a few key guys through injury and still managed to get 7 men in the top 40”, he said.