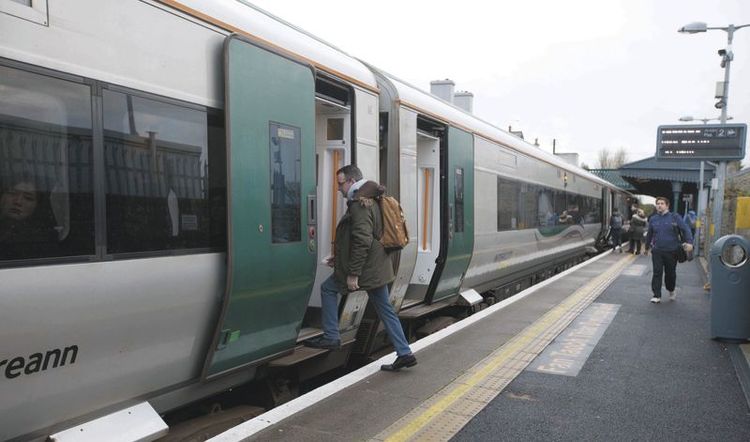 As we partake in the annual trudge towards the end of the season of bleak and bleary weather, students across Trinity are gritting their teeth and persevering through the last of the dark and dreary mornings in anticipation of the inevitable radiance of exam season. Whether by bus, Luas, DART, or bike, hordes of students flit to and from campus every day. For people who live relatively nearby, the long hours of wintry darkness are tolerated as simply an unavoidable fact of life. However, for those further afield, they represent an entirely more daunting ordeal.

There exists a “Goldilocks” zone around Dublin, a sweet spot of sorts, which is well serviced by Iarnrod Eireann or regional bus routes. Technically, commuting to the city every day from these areas is feasible. But this illusion can prove to be a poisoned chalice for those living within the territory.

Student accommodation is thought of as binary – either we live within the city and its peripheries, or we live down the country and have no choice but to somehow relocate to the former for the duration of the week. Yet for students from Naas to Portlaoise, accommodation is not a case of black and white. Rather, they live in a grey area where the burden of rent must be weighed against the quality of their College experience.

This is how many students come to find themselves ducking in and out of car doors, trains, and buses in the early hours of the morning, in weather not fit to walk the dog in, let alone make the multi-faceted expedition to and from Dublin each day. Such a commute surpasses inconvenience to generate an aura of weariness around College and the trials one is forced through twice a day just to get there.

There exists a “Goldilocks” zone around Dublin, a sweet spot of sorts, which is well serviced by Iarnrod Eireann or regional bus routes

The disillusionment is further exacerbated by College life itself. Students are resilient creatures, surviving through minimal effort and eking out social lives through modest funds. However, College seems entirely predicated on the presumption that all those in attendance can find, afford, and crucially, justify as essential, a room in a now infamously overcrowded and overpriced city. The absence of anything resembling a student centre, something that I am all the more conscious of having studied abroad and witnessed the commitment to communal student facilities made in other universities, leaves commuters in the lurch.

Commuting students, with their notoriously haphazard schedules, are left to meander the Arts Block during their off hours: perched on our new, and equally haphazard seats, which one commuter bemoaned as having an uncanny resemblance in appearance and comfort to an un-assembled Lego set.

The new furniture is probably in keeping with the Arts Block as it was envisioned, a staging post where a class can gather before their lecture, or a place to grab a coffee with friends before returning to the library. Yet a large cohort of students seek so much more. To them, it is the unsatisfactory best the College has to offer for those who, every day, find themselves with irregular hours to kill before they can get the red line back to Heuston. A place of paltry privacy and comfort as they peruse their phones for lack of better alternatives. A purgatory on campus.

Commuting students, with their notoriously haphazard schedules, are left to meander the Arts Block during their off hours

These problems run deeper than the old gripes of one ex-commuter. With little prospect of partaking in College nightlife (crashing on different couches across the city only to rise for lectures still wearing the same clothes as the night before proved untenable for even my most robust friends) it becomes very difficult to lay down any roots in College at all. The lethargy of being marooned on a Buttery couch during the day breeds apathy, the exclusion from nights out brings ostracization.

When you are unable to fully participate to the same extent as your peers, or only with a great deal of added difficulty and planning, you soon find yourself ceasing your efforts, and instead coming to view your College years in a purely transactional sense – a means to an end. The full potential of attending a university remains untapped.

At a time when a popular refrain of Trinity College Dublin Students’ Union (TCDSU) candidates has been to decry poor student engagement, it is worth remembering that a portion of students remain effectively locked out of the top tier of the College experience, and are therefore understandably unconcerned with many of the plans and manifestos that simply will not apply to them.