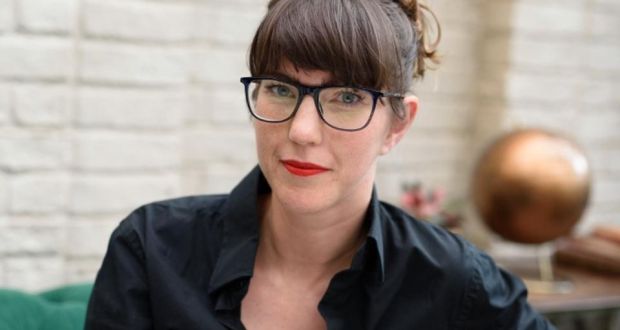 Emilie Pine has enjoyed massive success for her debut collection of essays.

An essay can somehow engage the mind and prick the heart within the span of a few lines. Short and digestible yet starkly honest and deliciously ambiguous, the essay collection is a budding genre within an already thriving Irish literary scene, adding to the growing demand for and production of non-fiction. Wanting to determine why, I spoke to some of the current and emerging practitioners and publishers of the form to see if they could locate its unique aspects.

Speaking to The University Times, Emilie Pine, whose fantastically successful debut of personal essays Notes to Self was published last year by Tramp Press, attributes the essay’s rise to its odd mix of readability and complexity: “They often tackle a single subject, but taken from more than one perspective, allowing for contradiction and ambiguity.” For Pine, there is “a real appetite for non-fiction at the moment, and essays are a great way into a subject”.

Tramp Press co-founder Sarah Davis-Goff echoes this sentiment, and attributes the essay’s recent success to many persevering literary figures and publishers, such as Brendan Barrington, Brian Dillion and The Stinging Fly, among others. Davis-Goff also points to the rapid social change that Ireland has undergone in recent years. “We have a lot to talk about as a nation. We’ve undergone such radical changes really within a generation”, she says. “Perhaps the essay is particularly well suited to these discussions.” For Davis-Goff, writers like Pine are speaking out and giving voice to the taboos that would traditionally have been left unheard in our nation’s more conservative past. Pine, she believes, “is breaking a lot of taboos, and talking, famously, about those things we don’t usually see on the page”. Davis-Goff, speculating, suggested that “there’s a hunger to see that, to know that women are not alone in their shitty experiences”.

Pine agrees. When she is contacted by readers, she says, “they often comment that my story is the same as theirs, or that they would not publish a memoir but it was heartening to them to read mine because of how much they connected to the emotions of it”. And yet, as well as serving connection, Pine thinks that personal stories can embolden readers to be more open and honest: “It’s also the case that until very recently in Ireland we did not talk openly about events like miscarriage, stillbirth and infertility, or sexual violence, or depression. So when we read writers who discuss their experiences of these things, we start to see that we can be open about them, and that’s powerful.”

The essay, for Pine, is particularly predisposed to opening this form of cultural dialogue, most notably because of the seriousness that accompanies the form. “In writing personal essays”, she notes, “I knew that it was a risk to be so open, but I knew that something had to be personally at stake for it to matter”.

Ian Maleney, whose debut collection of essays, Minor Monuments, will be released by Tramp Press later this year, is also concerned with rendering the private public, but from a different perspective. Maleney is not worried about the accuracy with which he renders people in the book, feeling that “there is a duty of care there, but at the same time, you’re always worried that, really, you’re just selling people out. You’re taking what you have no right to take”, he remarks. “You can only hope that the job you’ve done is adequate, that they recognise themselves in there, and they get something out of the whole experience.”

But for Maleney, the essay does more than just record life. In his view, the essay is a physical representation of a post-impressionistic method of thought: “They show the work of thinking, in a way, by pulling in references from outside, pulling in experiences you’ve had, and by sketching out formal structures that can guide you to a thought.” He elaborates: “They go until they’ve thought something through, and then they stop – the thought is the only impetus, rather than a plot.”

The demand to read or produce a form of literature that can so well engage with the pertinent questions of our society certainly won’t wither soon. After a long silence, there is an overwhelming need for candid accounts of life as it is really, honestly, lived.

However, Pine does not believe that the seriousness that accompanies non-fiction is diluted in any way with shortened works. To my leading question, on whether essay collections have the potential to become more vacuous than their long-form counterparts, she wryly responds that “good essays are so much more than a collection of tweets, they’re a different form of engagement”.