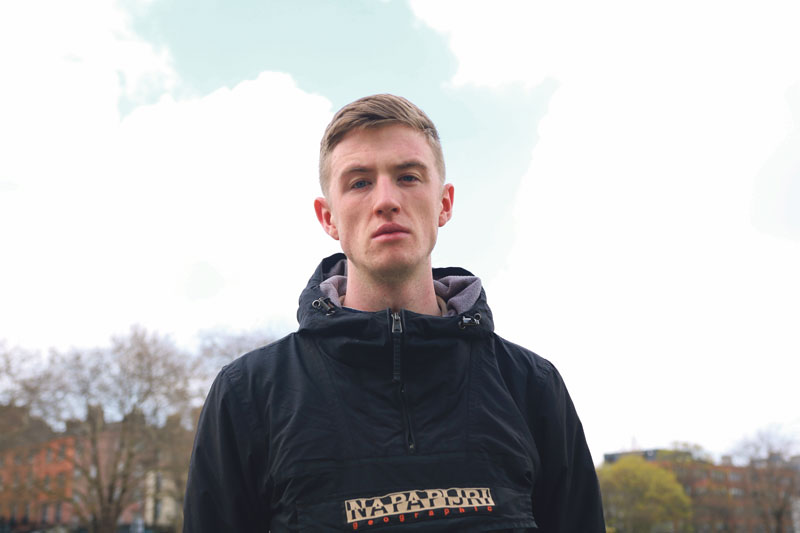 If you want a sober and sedate chronicling of all things Trinity GAA, their official Twitter page – run by roguish fourth-year theoretical physics student Leon Breen – is certainly not what you are looking for. Even a brief perusal of some of the page’s unfailingly jocular tweets will leave you in no doubt that Breen’s singular mode of describing sporting action is, more often than not, a far cry from your average, blow-by-blow account.

But what Breen’s unique match-day coverage lacks in convention it more than makes up for in entertainment value. Even the most prosaic of cup ties, or league games, are transformed into great spectacles by Breen’s irreverent and mischievous sense of humour. Speaking to The University Times over email, the man behind every tweet, each containing its own nugget of comedy gold, discussed everything from the challenges of keeping up with the lightning pace of on-field events and his most enduring memories of doing so, to catching the attention of major media outlets like Joe.ie and Balls.ie.

Breen is keen to establish from the outset that the Twitter page is not only a great source of enjoyment for its many followers but also something that almost religiously preoccupies the post-match thoughts of many of the players themselves. Breen explains that once the dust has settled on defeat or victory, his tweets will begin to gradually filter their way into the conversation.

“I’d say my favourite part is after the match on the bus home”, he says. “We always do an aul’ read through the tweets from the game, which usually gets a good few laughs if we’ve had a good game. It actually tends to be the first thing the lads will say to me after a game – ‘how was the Twitter?’ or ‘did you get that on the Twitter?’. So we do all look forward to the read through on the bus.”

It is unsurprising that a variation of the desire to see one’s name up in lights as a result of some last-minute heroics has morphed, in the modern era, into a wish for being the subject of tweets that heap large quantities of praise and admiration. However, Breen’s trademark ability to lambast as well as eulogise has meant that a tweet dedicated to some aspect of a player’s performance is a tribute one would, at times, be better advised to avoid as much as embrace.

When asked if he’s ever overstepped the mark with his colourful commentary in the past, Breen insists his intention has never been to show anybody up or cause embarrassment: “Yeah, once or twice. I mean, not from slagging any of the boys but I don’t exactly endeavour to keep it PG and some people can get offended. It’s a real stream-of-consciousness kind of job and there has been once or twice when I’ve gotten in trouble, but I never mean any harm, you know?” Inevitably, Breen’s uncompromising approach has caused minor instances of offence or irritation, but it’s hard to deny that this is a small price to pay for the spirit of camaraderie, solidarity and excitement it has helped to foster on behalf of Trinity GAA as a whole.

But running a Twitter page entirely centred on sporting events has not been without its fair share of challenges for Breen, not least from the hostile weather conditions he often has been forced to brave in the service of keeping his followers abreast of developments on the pitch. Breen, however, remarks that it has been in the most battering and inclement of weather that he has witnessed the most breathtaking acts of sporting prowess: “The Ryan Cup semi-final last year was the coldest I have ever been in my life. It was raining so bad that the pitch was like a swamp. The game 100 per cent should have been abandoned but the final was the next day so we had to grind it out. Eoghan McNamara came off the bench with 10 minutes to go and got us a point when nobody could even catch the ball and, in my opinion, that’s the moment that made him captain of the club now.”

In its own small way, Breen’s role ensures that dramatic moments such as this get the acknowledgement and celebration in the wider college community that they deserve.

Speaking of acknowledgement, Breen’s distinctive style has aroused the interest of some of the big hitters in modern-day sports journalism. This, though, is an accomplishment that he is quick to shrug off as far less important than gaining media traction for Trinity’s GAA clubs. As ever, this is his fundamental priority. He is refreshingly self-effacing in his reflections on the articles published in nationwide media about the Twitter page he has helped make famous. “More than anything”, he says, “it’s great that they are writing articles about Trinity hurling. Before we were in the Fitzgibbon Cup, people might not even have known that you could play hurling in Trinity, so we do be delighted to get the exposure. It creates a bit of a buzz, especially in the lead up to a big match”.

Breen says that if he could choose only one tweet to stand the test of time as an exemplar of the kind of sports coverage he believes in, it would be one particular belter he conceived of amid the high tension of an opposition player being sent off in a fraught encounter against a Garda GAA team. He recalls the tweet: “One of the guards forgets it’s a hurl in his hand and not a flick baton, and sees red for absolutely flaking across young Johnny Walsh…this is the reason we have an unarmed police force in Ireland.” With tweets as off-the-wall, spontaneous and imaginative as this, it’s not hard to see why many feel Breen’s departure from Trinity will be the end of an era.