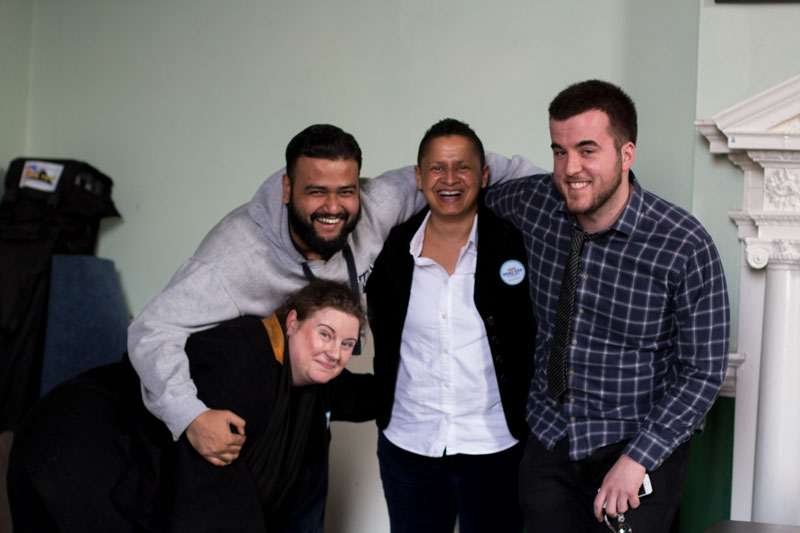 Graduate Students’ Union (GSU) elections generally tend to fly under the radar of student politics, with elections often being rather quiet affairs. With low voter turnout and few running for positions, this year’s elections provide a welcome change from previous years with a hotly contested presidential race.

This year’s presidential race sees three candidates battling it out for the position of President of Trinity’s Graduate Students’ Union (GSU). In interviews with The University Times, Gogoal Falia, Shaz Oye and Michael Sonne leaned on their past experiences in student politics and their achievements to date in the hope of differentiating themselves from what is proving to be tough competition.

Falia could arguably be described as the most experienced candidate, holding the position of Vice-President of the GSU, the only other sabbatical officer of the union. However, the presidential race will pose new challenges for Falia, whose job this year has focused on wellbeing and education of postgraduate students. Relying on his previous experience within the union, he says: “In my role as Vice-President, I know how things work in GSU and in Trinity, how we manage the Union. I have worked closely with the current president and the previous president, Oisín and Shane, and I know how much work goes into the whole process and how I can help the Union function better.”

Oye argues that whilst Falia benefits from GSU-specific experience, her mix of “academia and activism” at a nationwide level trumps that of Falia’s

Outreach initiatives feature heavily in the conversation, which is hardly surprising given the low levels of student engagement with the union. By holding regular coffee mornings both on and off-campus as Vice-President, Folia hopes that he can continue with such events as President as they “go a long way to helping our students.”

Oye, meanwhile, will certainly put Falia to the test, as she also has a wealth of experience under her belt. Describing objectives of engagement, vision and inclusion as her “three pillars” upon which her presidency would be built, Oye argues that whilst Falia benefits from GSU-specific experience, her mix of “academia and activism” at a nationwide level trumps that of Falia’s.

Whether it is her position as the Executive Director of HIV Ireland for five years, administrator for Sticks and Stones Ireland, or her role in GSU’s repeal campaign, Oye has a wide range of humanitarian experience from national level to student. But Oye is no stranger to the GSU either, holding the position of Equality and Diversity Officer for over a year. In this role, Oye has represented postgraduate officers on College committees, promoting minority issues and helping develop new aspects of the dignity and respect policy.

Believing that her ethnicity and sexuality will also serve as a testimony to engagement and visibility for the minority groups represented by the GSU, she says: “I want people to see a black dyke. I want them to see a black queer woman as the president of the GSU. I want minorities on campus to see themselves represented”. Seeing someone like her in a position in the GSU, she says, could help people find their “tribe”.

Of the three candidates, Sonne could most accurately be described as the underdog. Hoping that his “down-to-earth” nature will be enough to edge past his experience-laden competitors, it is hard to see what he can bring to the role that his competitors cannot. Proposing to act as the “middle man” between postgraduates and the College for any issues they may face, he seeks to solve realistic, doable problems by offering “an air of practicality to issues with politics.”

The presidential race will pose new challenges for Falia, whose job this year has focused on wellbeing and education of postgraduate students

He is critical of the “unrealistic issues” that Falia and Oye aim to tackle, such as boosting GSU engagement through social media and the changing of a minimum living stipend to €21,000 a year for postgraduate research students.

Although Sonne vouches for a down-to-earth representation, Oye feels that his presence has not been seen around the GSU: “He’s supposedly on the GSU executive. I have not seen him in my life, to my knowledge no one else on the executive is aware of the fact that he is on the executive and has been a rep apparently for the past however long.”

It’s clear that these candidates diverge in their vision of the priorities and future of the GSU going forward. Advocacy, activism and pastoral care all have a place in the GSU, but it remains to be seen what postgraduates value most from a union that typically suffers from low engagement levels.

Indeed, this year’s presidential candidates breathe a new lease of life onto elections that more often than not prove to be little more than an annual formality. With such interesting characters leading the charge, the future of the GSU certainly looks bright.