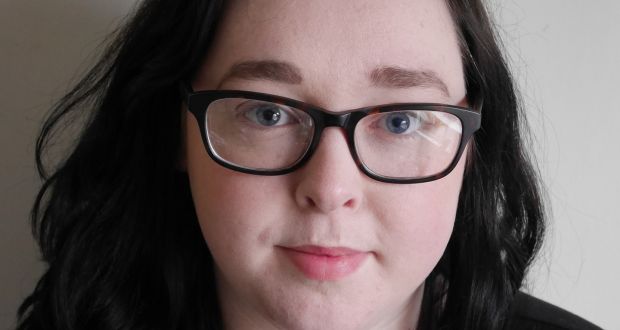 Recent years have seen a welcome tidal surge in homegrown LGBT or “queer” literature. Earlier this week, The Deepest Breath, the second novel by acclaimed writer Meg Grehan, joined those burgeoning ranks with its launch on Wednesday evening in JW Sweetman’s. A touching, insightful story, The Deepest Breath is about falling in love and coming out to your family.

What marks this novel as especially unique, though, is that it is written for children and young adults. Stevie, a sweet, intelligent, 11-year-old girl, suspects she has feelings for her friend, Chloe. At the tender age of 11, Stevie is at a loss. Can you have a crush on a girl? And, if so, are you allowed to? Written entirely in verse, the book is a tenderly drawn portrayal of a mother-daughter relationship, and of the hope and beauty of a friendship between two girls that might one day be more.

Published by Little Island, The Deepest Breath is exceptionally unique and progressive in the current Irish literary scene. Above all, the book breaks new ground in children and young adult literature, capturing as it does the first steps towards coming out for a child. Speaking to The University Times, Meg Grehan says the book is “part of a wave of change”. She said she hopes this movement will continue to gain ground in the years to come. Her motivation is as profound as it is modest. Essentially, she says, “I just wanted to write something kind that could maybe soften someone’s experience and help them feel seen”.

Interestingly, The Deepest Breath was borne out of a conversation Grehan had with her little brother. Her brother, who was 11 at the time, was talking about one of his friends and casually, in passing, mentioned that his friend was gay. For Grehan, this was like an epiphany: “I had so many feelings flood me in that moment”, she says. “Happiness that this kid could be himself comfortably so young, jealousy that I didn’t have that experience, hope that this meant things were better now than they were when I was his age.”

This chance remark lit a fire within her. She confesses that “I wanted to make something for kids like my brother’s friend, brave little kids who are figuring themselves out, as well as for people like me, who took a little longer. I wanted to make something that could reassure kids who might be questioning their sexuality that they’re perfectly valid and that they will be ok”.

It’s clear The Deepest Breath is mined from deeply personal experience, and there is little doubt that if Grehan had read this book growing up, it would have had a profound impact on her life. “I think it would have saved me a lot of doubt and confusion”, Grehan admits. “I didn’t read a book about a gay character until I was 16 and when I finally did it was a highly sexualised representation of a queer experience, which frightened teenage me more than it reassured me.”

“I think”, Grehan concludes, “if I had read a book that didn’t sensationalise or sexualise my identity I would have been able to come to terms with and accept it much earlier”.

Thankfully, the situation is improving – if gradually. But Grehan says there needs to be a greater emphasis on “own-voice” queer books, or queer books written by queer writers: “Own-voice books are good for everyone, they allow queer writers to share our experiences and voices and they give non-queer writers and readers the opportunity to read and learn from our experiences”, she says.

Reading The Deepest Breath, you can’t help but realise just how incredibly heterosexual this world is. Movies, ads, cartoon strips, you name it, our culture is steeped in predominantly heterosexual examples of what love supposedly looks like. When Stevie googles the word “crush”, for instance, all she sees is boy meets girl, Mickey meets Minnie. Princes and princesses are all well and good, Stevie thinks, but what about “a princess and a princess”?

“My goal”, Grehan explains, “wasn’t to suggest that there is no sign of queer identities in books or media, rather that they are harder to find and not as readily available for young people and kids who need them”. And so, with The Deepest Breath, Grehan beautifully and evocatively makes room for an identity that is too often neglected. For this author, “queer kids” deserve “a safe and gentle way to see themselves too, to be validated and normalised”.

Though Stevie’s struggle with her blossoming sexuality forms the novel’s backbone, Grehan doesn’t shy away from other, similarly complex topics. Mental health is also a central concern, as Stevie learns to cope with an anxiety that threatens to pull her under. Grehan is once again fearless in the face of a topic that many might consider delicate for a younger readership. The same logic holds forth: when you read something, it becomes that bit less daunting. “I’ve had anxiety since I was a kid but I was never very good at talking about it”, Grehan explains. “I wanted to address it with Stevie to hopefully show young readers who might be dealing with similar feelings that they aren’t alone in feeling that way, that it’s something they shouldn’t be ashamed of.”

The skill and the kindness with which Grehan addresses challenging issues in this book is astounding. This is an incredibly gentle and tender novel, yet the passion that lights it from within is ferocious. As Grehan notes, “I would love for it to play a part, however small, in starting a conversation about the importance of queer representation in kids’ books and media. I’d love to think that it could give comfort to kids who are questioning their identities and maybe help kids understand themselves and each other a little better”.