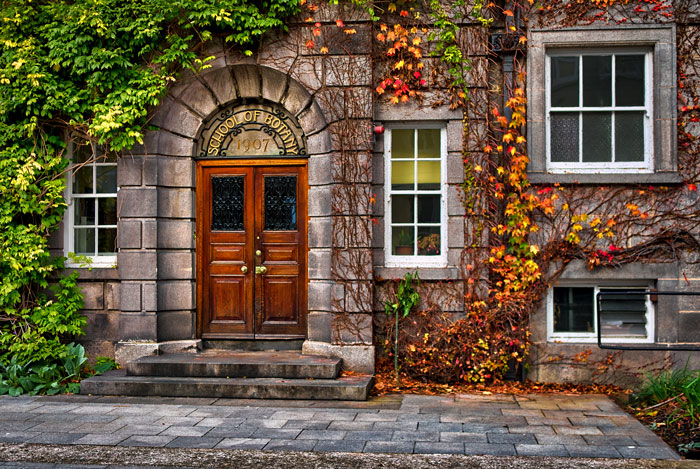 Most students, it’s fair to say, are familiar with the libraries on campus. Even those who prefer to keep away from the desks and shelves are aware of their existence – and with the demands of Trinity’s new year structure, the College’s library has arguably never been busier. But in the heart of the Botany Building on campus is an almost-library that most students will never come across. The difference is that it doesn’t house books at all, but plants. This “plant library”, or herbarium, is a place of study and analysis, in which plants are dried in order to remain preserved, then painstakingly stored, catalogued and arranged based on a globally unique system.

Speaking to The University Times, Marcella Campbell, a herbarium assistant in Trinity, explained that herbariums are rare and of extreme value and significance. Campbell is effusive in her praise of what she sees as the College’s “hidden treasure”.

Most students go through their time in College unaware of the existence of the herbarium, apart from certain science students in plant-based specialisations. And although students may visit, by appointment, Campbell is clear in stressing that the herbarium is not a museum: it contains fragile material and specimens are only put on exhibition in special circumstances. “Occasionally, our specimens would be put on exhibition, but only for some particular reason, and the public could see them but they would be under glass.”

Dr John Parnell, a professor of systematic botany and the College’s Senior Dean, is the curator of the herbarium and refers to it as a “laboratory”. Despite having multiple functions, Parnell says, it is in essence “a reference collection of dried and preserved plants”.

This “plant library”, or herbarium, is a place of study and analysis, in which plants are dried in order to remain preserved, then painstakingly stored, catalogued and arranged based on a globally unique system

According to Parnell, Trinity’s herbarium contains about 300,000 specimens, putting it on the smaller scale compared to “the real big ones of world-scale, [such as] those in Paris and Kew and Missouri” (Paris and Kew contain about seven million specimens each). But Parnell asserts that Trinity’s herbarium has great significance from a scientific perspective. This, he says, is because it houses “a very large number of scientifically important specimens”.

Parnell says that “a larger proportion of our smaller herbarium is scientifically important simply because of the times it was established and the people who worked in it. The earliest specimens we’ve got date from about 1722, although they’re not in the herbarium now, they’re stored somewhere safe”.

For Campbell, a veteran who began working in the herbarium 32 years ago, the individuality of Trinity’s herbarium comes from the variety and number of different types of specimens – including some from Charles Darwin. She explains that new specimens are constantly being added to the herbarium as new discoveries are made: “In our herbarium there are dry plants from all over the world, from Mount Etna to the Honduras to South Africa to Thailand.” 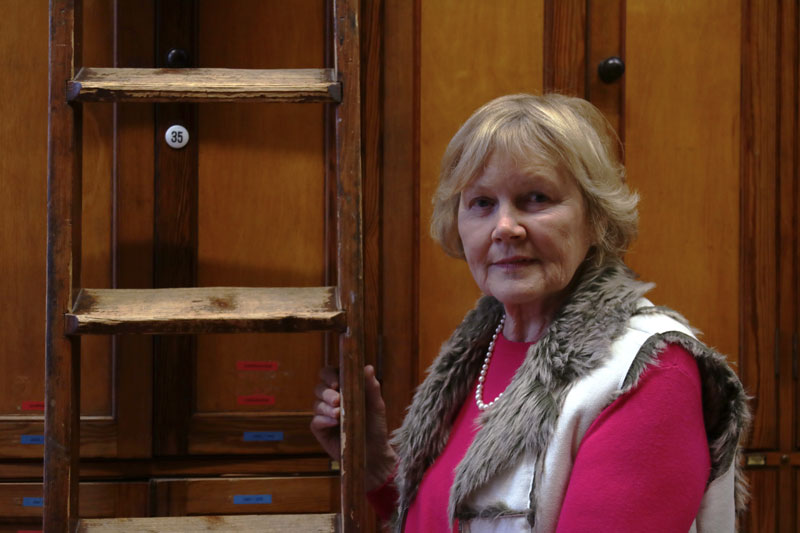 Marcella Campbell is a herbarium assistant in Trinity’s School of Botany.
Ben Morrison for The University Times

She says that Dr Daniel Kelly, a Fellow Emeritus, brought back previously undiscovered species from a trip to Honduras, while Dr Jennifer McElwain, the Chair of the School of Botany, retrieved samples from Mount Etna for her research regarding plant behaviour. The constant research and subsequent additions to the herbarium add to its international profile. Parnell says he is “pleased with how the herbarium has been developed and has developed an international profile. I think that that’s something that will last. That has had an impact on how our department is viewed in the developing world, particularly in southeast Asia. So we have a profile there which we never had before”.

For research students starting off their careers, the herbarium is an invaluable asset. Sukontip Sirimonghol, a PhD student in plant taxonomy, came to Ireland from Thailand in order to consult Trinity’s herbarium material for her research, saying it “has some of the old collection of India”. Anne Dubéarnès, a PhD student in plant systematics, also attests to the value of Trinity’s “rich collection” for research, but also had to go to Thailand for research as “they did not have enough plants for my group here”.

That has had an impact on how our department is viewed in the developing world, particularly in southeast Asia. So we have a profile there which we never had before

Campbell explains the process in preparing specimens for preservation in the herbarium: the specimens must initially be frozen and brought down to seventy degrees. When the species have to travel, they first have to dry and are then put into newspapers and carefully folded. The herbarium is based on a system of cataloguing, which relies on a world map divided in different geographical sections, which are the core structure of the specimens’ place of origin.

Campbell admits that although the herbarium has many visitors, “there could have been more publicity in the college”. The ever-growing nature of the herbarium is another worry too: “The herbarium is becoming very very tight, very full. We really are getting worried about having more space.”

With its high shelves filled with stacks of specimens collected from all over the world, it’s no wonder Campbell laments the fact that the herbarium is hidden away from the eyes of those who pass through College every day: “It’s a unique place and it needs to be acknowledged. The value of the place needs to be more acknowledged, as well as the work that goes on there.”