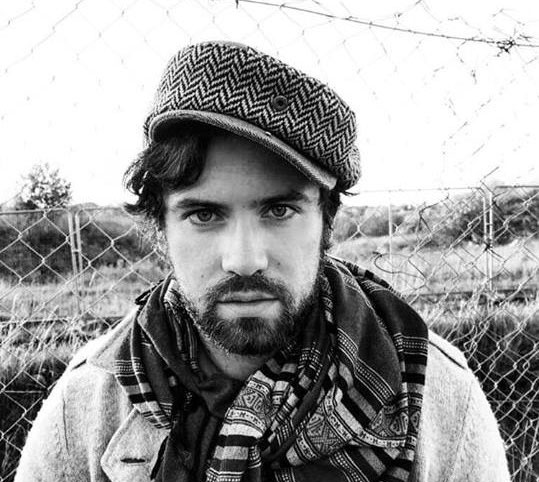 In a small cafe on Dundrum’s main street, as the general din of coffee-making and conversation hummed through the cramped space, and buses loudly bustled along the road outside, I found myself seated between two very different men. Behind me, on the television, US President Donald Trump arrived into Shannon Airport, his hair flailing in the wind as he descended the steps of Air Force One. In front of me sat Séan Ó Tuathaigh, the author of Outlanders: Stories of the Displaced, a book that documents the stories of some 10 refugees, and whose plans for the evening included handing out Trump protest leaflets at the nearby Luas station.

It comes as no surprise that O Tuathaigh’s time in America in 2010 and 2016 inspired the creation of Outlanders. While many Irish young people return home from a J1 with videos of drunken Irish 20-somethings and a newfound reverence for Chipotle burritos, Ó Tuathaigh returned with the manuscript for a book and a resolve to get it published. “I learned more there than I did in any higher education”, Ó Tuathaigh says of his time in the US.

In 2010, his plans for the standard Irish pub-serving J1 experience in Boston were imperilled by his late arrival: “By the time I arrived, there was no serving or pub jobs left so I ended up gutting fish in a factory for the summer.” A pungent workspace? “There’d be a radius of 15 feet around me on the Subway home”, he readily concedes.

His time in the fish factory lost him more than just possible Subway neighbours, but also any illusions he might have had about America as the “land of opportunity”. Ó Tuathaigh rubbed shoulders with men from Central America who were tirelessly working in Boston in the hope of achieving a more prosperous and secure life than that available to them in their homeland. “What I came to see”, Ó Tuathaigh dejectedly explains, recalling the ungodly working hours of his elderly colleagues and the more lackadaisical ones of the factory owner’s son, “was the lie of the American Dream – that if you work hard you’ll get there. It’s just not really true for a lot of people, actually”.

Six years later, after some time spent teaching English in Austria, Malta and Vietnam and having completed a master’s degree in creative writing in Trinity’s Oscar Wilde centre, Ó Tuathaigh returned to America on a graduate visa, this time to Milwaukee for an internship with a refugee resettlement programme. With this came the opportunity, similar to the fish factory, to “just chat to people”, to hear their stories and, more importantly, to listen to them. “Halfway through my internship I figured I need to start getting these stories out, and that’s where Outlanders began”, Ó Tuathaigh reveals.

While perhaps it is Ó Tuathaigh’s name on the front cover, the pages that follow are brought to life by the stories of Afghan and Burmese men and women, a South African, a Somalian, a Lao, an Iraqi Kurd, a Bosnian and a Palestinian. In this way, Outlanders clears a space for the voice of the refugee, serving as the microphone through which it might finally be amplified.

Ó Tuathaigh’s on-the-ground experience made him painfully aware of the need to broadcast the harrowing histories of his interviewees. “The migration crisis is going to be our business whether we like it or not, so we may as well take our head out of the sand and try to engage with it”, he says.

Perhaps the images of Trump flashing on the screen above my head don’t inspire much optimism, but after reflecting on the stories of Outlanders, Ó Tuathaigh can confidently assure me of the human capacity for empathy and care. Although his interviewees came from opposite sides of the world, were forging new lives in either America or Ireland, and spoke of the differing experiences of male and female refugees, Ó Tuathaigh’s book identifies a common thread: “There’s a theme of humanity just triumphing in the worst of situations.” He remembers many stories in which people were remembered for “coming together, sharing with each other and sticking up for each other” even in the most dire of circumstances.

The emergence of this commonality from the diversity of voices and experiences articulated in Outlanders testifies to the universal human facility for compassion. Ó Tuathaigh’s book, however, calls upon all of society to tap into this sense of empathy, rather than leaving the task to those already faced with inconceivable challenges. “Unless the privileged of us – who have the time and space to think and analyse these things – throw our lot in with the people who are struggling”, he avers, “we will probably end up in some horrible neo-feudalist society”.

The migration crisis is going to be our business whether we like it or not, so we may as well take our head out of the sand and try to engage with it

Could his book then rouse the anger, shock and empathy necessary in any response to the migration crisis, but undeniably lacking in that of many Westerners? Ó Tuathaigh certainly hopes so, and sees Outlanders as representative of his own efforts to respond to the global catastrophe. “I don’t see it as writing. To me, it is activism”, he says.

While we may not all be willing to stand at a Luas stop handing out anti-Trump leaflets, or have the fortitude necessary to put ourselves out on the frontlines of the global crisis – or, indeed, to even write a book, we can welcome any reminder of our collective ability, and responsibility, to be both curious and compassionate – a lesson seemingly promised in the pages of Outlanders, a timely collection of stories of the displaced and determined among us.

Proceeds from the sale of Outlanders will go to Samos Volunteers, a grassroots volunteer organisation working on the Greek island of Samos to provide aid and assistance to newly arriving refugees. The book launch is taking place in Gutter Bookshop, Temple Bar on June 18th and the book will be available to purchase through the Mercier Press website.