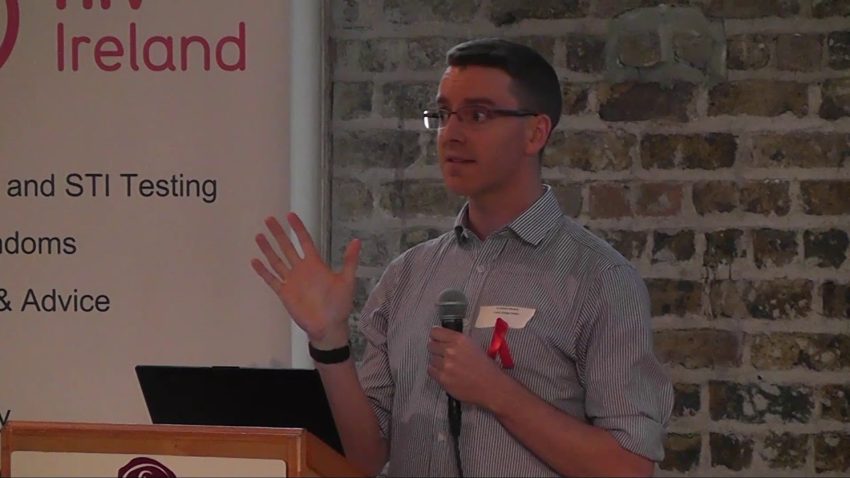 Yesterday 38 years ago, on June 5th, 1981, a report was published exploring a disease we would come to know as AIDS, an immunosuppressive condition resulting from the Human Immunodeficiency Virus (HIV) infection. Since this initial AIDS report in 1981, the treatment of the disease’s patients has transformed its diagnosis, from a death sentence to a chronic condition that can be well managed. Despite these medical advances, however, the stigma that surrounded these patients in the 1980s still prominently affects HIV-positive individuals today.

On a daily basis, there are many therapeutic options for HIV patients that have dramatically increased their life expectancy. According to a 2017 paper published in the medical journal AIDS, a patient diagnosed in their 20s can now expect to live until their late 70s due to new treatments such as antiretroviral medications and prevention methods such as Pre-Exposure Prophylaxis (PrEP), a tablet that contains tenofovir and emtricitabine. Last month, Minister for Health Simon Harris confirmed that a PrEP programme is due to begin in Ireland this year, aiming to reduce the number of new HIV cases in Ireland by preventing transmission of HIV during unprotected sex.

At the forefront of these improvements, researchers in Trinity have been involved in expanding our scientific knowledge and understanding of the virus that causes this condition – HIV. HIV attacks the immune system and, if sufficiently degraded, the immune system fails resulting in a condition known as AIDS: Acquired Immunodeficiency Syndrome.

Dr Nigel Stevenson, an assistant professor of immunology in Trinity, investigates how viruses block immune responses with the aim of developing new therapeutic treatments. In an email statement to The University Times, Stevenson explains that his research aims to answer the question: “How does HIV suppress the innate immune response?” This involves looking at how HIV can interrupt or manipulate the immune system, thus preventing the destruction of the virus by immune cells. Stevenson’s research has focused on a particular molecule called interferon-alpha, which is produced by cells when infected with a virus. His team is investigating how HIV degrades the Interferon-alpha signalling pathway. “It is our hope that these discoveries will pave the way for a novel treatment that could fully cure HIV”, he says.

Prof Derek Doherty, an associate professor and the Head of the Department of Immunology, is another Trinity researcher working on HIV. Based in the Trinity Centre in St James’s Hospital, Doherty researches a subset of innate T cells called gamma delta T cells. The numbers and functions of these cells have been shown to change in HIV infection.

Despite the small, molecular scale on which this research is being carried out, the work of Doherty’s team is spanning continents. His team are involved in a project called Nourish – a study of nutrition in patients with HIV in Uganda, funded by Irish Aid. It is a multi-disciplinary project researching the different aspects of HIV: biomedicine, geography and food production, patient empowerment, and a fourth package that combines these efforts to inform public health policy.

The team found that malnutrition was associated with a higher viral load and less CD4+ T cells, and so the project involved a ready-to-use therapeutic nutritional supplement called Plumpy Nut, designed to be given to children as they start antiretroviral treatment.

Speaking to The University Times, Doherty – clearly excited about the future possibilities as this field of immunology evolves – says that “we’re hoping that we’ll be the first to do V delta 1 T cell therapies for cancer. But we’re also thinking these could be done in patients with HIV – not personalised treatment, which would be logistically impossible, but potentially activating them in vivo or growing one batch of V delta 1 cells that could be used for multiple patients. These therapies are in their infancy but they are becoming huge”.

Despite the small, molecular scale on which this research is being carried out, the work of Prof Derek Doherty’s team is spanning continents

“My big ambition would be to make it so that you can have off the shelf treatments rather than personalised treatments”, he says. “Something that would be available for everyone … something that can be rolled out in the developing world.”

Speaking to Doherty, it becomes clear that research and medical treatments have improved significantly since the first HIV/AIDS patients were diagnosed. Not only that, there are future directions for improvement in HIV treatment. In contrast, stigmatisation around HIV is slower to evolve with a less distinct trajectory of future improvement.

Speaking to The University Times, Trinity’s Dr Patrick Murphy, an assistant professor of psychology, discusses the stigma around HIV and his PhD research into disclosure among HIV patients: “My PhD was focused on HIV disclosure processes in the context of casual sex between men. Casual sex between men in this country and most of the Western world is the behaviour that most often leads to the transmission of HIV. We know that most people living with HIV don’t disclose their HIV status to casual partners. So the idea of the PhD was to look at what goes into that decision-making … why does it occur sometimes but not others? What are the factors that go into that decision-making process?”

One explanation for the non-disclosure of one’s HIV status is centred around the infectiousness of HIV and risk of transmission. Indeed, this fear was rampant when the HIV/AIDS epidemic began, with unnecessarily stringent and discriminating limitations being placed on HIV patients due to lack of knowledge about the condition. However, today people can effectively manage their HIV transmission risk, as reflected in Murphy’s research, via condom, Post-Exposure Prophylaxis (PEP), or PrEP use. Murphy eloquently describes discovering that the greatest obstacle to disclosure is often the social consequences that follow: “People were managing disclosure to try manage their own exposure to stigmatisation.”

Murphy outlines two types of exclusion to which HIV patients who disclose their illness fall victim: sexual exclusion and long-term social exclusion. In a city like Dublin, with a relatively small gay community, information relating to a disclosure can spread rapidly, leading to even greater exclusion – including among friends, families and potential future partners. Murphy says he found during his PhD that “the decision to not disclose was very often based on what they had seen happen to other people … or what they feared might happen to themselves”.

Murphy emphasises that speaking one-on-one with these patients gave a greater insight into the “human experience” of HIV: “Almost in every interview, I learnt a lot about how people had to manage disclosure right throughout their lives: to their friends, to their housemates, to their coworkers, everybody. Surprisingly, often people hadn’t disclosed to anybody at all outside of the clinic … people were very often terrified of disclosure.”

In a city like Dublin, with a relatively small gay community, information relating to a HIV disclosure can spread rapidly, leading to even greater exclusion

Murphy plans to collaborate with researchers in Spain and Portugal to look at how stigmatising attitudes can be challenged in health professionals. This project, in collaboration with advocacy group HIV Ireland, aims to create an app through which HIV-positive individuals can disclose to healthcare professionals to avoid stigmatisation and manage it more effectively.

So, clearly, some improvements are in sight for the social aspects of HIV infection. However, there is a large gap between the management of the medical infection and managing the stigma that comes with it. When asked about the evolution of this stigmatisation, Murphy alluded to a greater social change precipitating changes in attitudes toward HIV: “There has been a change … stigmatisation has been shifting in recent years because Ireland is becoming more socially and sexually liberal.”

Associations between HIV-positive status and casual sex or perhaps sex with multiple partners is now seen as less damning because these sexual activities themselves are less stigmatised. However, these stereotypes and judgements are far from gone – even within the gay community itself.

Murphy’s research also looked at the psychological care of these patients, which has been retracted despite the fact that stigmatisation remains a major obstacle to healthy psychological and interpersonal functioning. Worryingly, Murphy’s PhD data demonstrated that over 40 per cent of the HIV patients interviewed were clinically anxious or depressed. These psychological conditions are going largely untreated as cuts have been made to non-medical services such as social work and counselling because of how well-managed the medical side of this condition has become.

Despite the ever-evolving and improving treatments for the physical aspects of HIV, it is clear that Ireland, and the rest of the world, still has a long way to go in order to eradicate stigma and ensure a patient’s needs, both physical and emotional, are cared for.