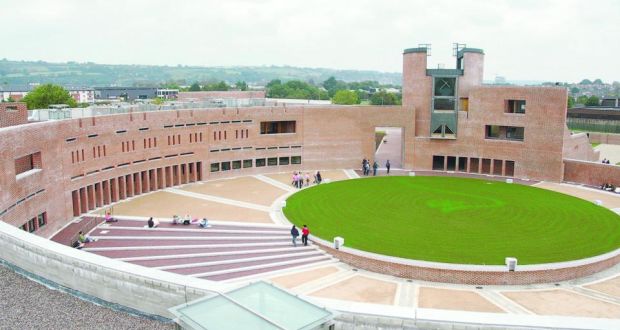 Cork IT has applied for technological university status alongside IT Tralee.

The creation of a Munster Technological University has been postponed until 2020, amid concerns over the debts of IT Tralee and a “lack of clear vision” for what the new university will look like.

An international panel that examined the proposed merger of IT Tralee and Cork IT found a lack of “integrated, coherent and effective governance structures”, and said it found “questions unanswered” about “how the two applicant institutions are to become one”.

Minister for Education Joe McHugh today announced that the merger will not take place until the first quarter of 2020, in order to give Cork IT and IT Tralee time to “work energetically to meet the requirements” identified by the panel.

In a press statement, McHugh said he had “informed CIT and ITT of his proposed decision to postpone the making of an Order establishing the MTU to early 2020”.

The financial debts of IT Tralee, which currently stand at €10 million, have been raised as a stumbling block for the merger, with the Irish Times reporting that Cork IT is unwilling to take on the Kerry institute’s debts.

In its report, the panel said it “did not receive any planning information” about how IT Tralee planned to balance its books.

“Whether the administrative, managerial, and financial capacity to take on technological university functions is assured is not clear”, the report added.

The panel also raised concerns about “the strained relationship between senior management and the academic staff union”, and recommended mediation to ease tensions.

It said that student and staff representatives “criticised what they saw as a lack of communication and consultation on the part of the project management”.

The report said the panel “would like to have seen more detailed and specific information in the documentation supporting this application”.

The panel recommended that “the two institutes and their governing boards come up with a more specific profile for MTU” and said the government should seek “additional and specific data” within six months of making a decision about when to give the institutes technological university status.

A Higher Education Authority (HEA) letter addressed to McHugh in June said the financial situation of IT Tralee “remains a significant ongoing concern” and recommended that the government postpone the granting of technological university status.

In the letter, HEA Chair Michael Horgan called the six-month timeline proposed for the submission of evidence “too ambitious” and urged McHugh to extend it. 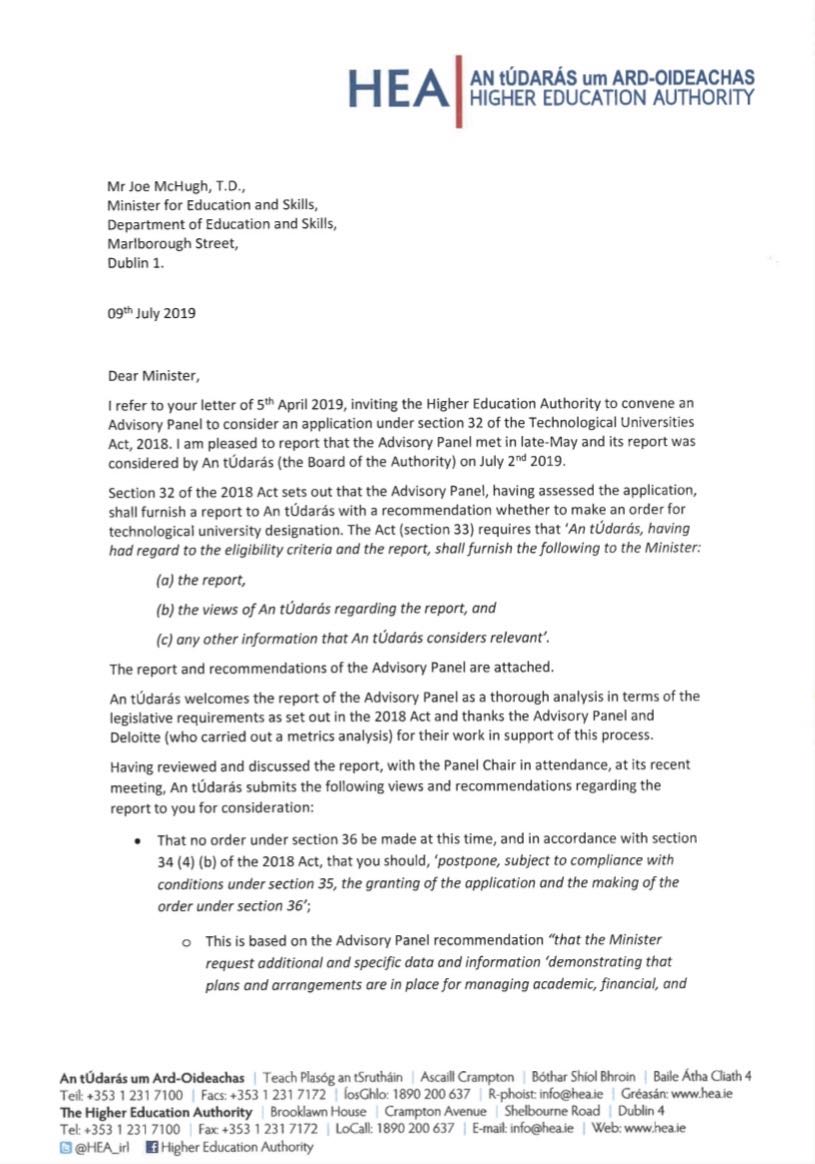 A partial copy of a HEA letter to Minister Joe McHugh regarding the panel’s findings.
HEA

But the government this afternoon announced it would seek the relevant information “within the six-month period recommended by the Panel”.

Minister for Higher Education Mary Mitchell O’Connor said the report “highlighted where important work is required to ensure that MTU is founded on a clear vision and strategy for a single, cohesive and unified Technological University”.

“I am confident that the two institutes, supported by the Department and the HEA will rise to the challenge of making this a reality in the coming months”, she said in a press statement.

Joseph Ryan, the Chief Executive of the Technological Higher Education Authority (THEA), said in a press statement that the announcement “marks a most significant step in the process to enhance our higher education landscape”.

“The change management challenge involved in this process is significant”, Ryan said, “and both institutions are to be congratulated for the willingness to take this step which will deliver a unitary organization of a scale that can offer enhanced opportunity for learners and with a capacity that best supports the region”.

He added: “We look forward to working with the MTU and related parties to realize designation in Q1 2020.”