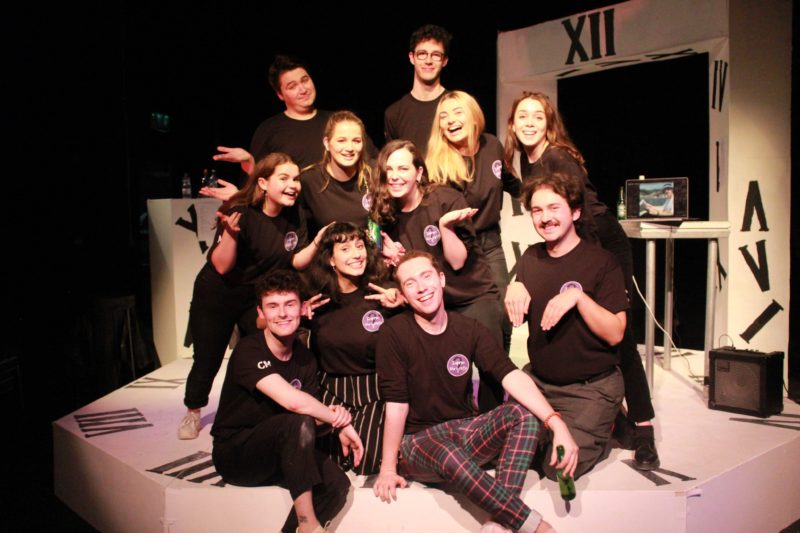 Improv, She wrote, Trinity’s beloved improvisational comedy group, is set to perform at the Edinburgh Fringe Festival this August.

Following a successful year in the Samuel Beckett Theatre, the group is taking a new show – an hour-long improvised rom-com – to the coveted Fringe stage for a nine-night run, from August 2nd to 10th.

The group has performed at PBH’s Free Fringe – an organisation that promotes free shows at the annual arts festival – for the last two years and is graduating to the main Fringe festival at the Space Triplex, a 90-seat venue. This move allows the student group to charge for admission, selling tickets at £8 each (£6 concessions).

In an email to The University Times, the head of the group, Tim Houston, spoke of this daunting move onto the “more professional” stage at the historic festival: “The informal feel of the PBH Free Fringe will be lost but given the growing success of ISW over the last few years, it feels like a leap we should be making.”

Houston observed that the size of the audience for the troupe’s weekly performance in Players’ Theatre this year had grown to an “average of 100”. Improv, She Wrote’s inimitable performing style – basing each show on audience suggestions, often intentionally absurd and outlandish, to produce once-off and innovative performances each week – has contributed to the group’s rising status on campus. “I’m honestly so happy to see ISW reach what, in my view, is the pinnacle of improv comedy for our age”, Houston explained.

Improv, She Wrote’s upcoming show at Edinburgh however, is completely new and will capitalise on the clichéd tropes of the rom-com genre.

The opportunity to perform at the festival does, of course, come at a cost and the group has set up a GoFundMe page in a bid to raise some €2,500 for the nine-show run. Speaking about the financial challenges posed by a run at Edinburgh Fringe, Houston said: “Accommodation and flights have to be funded out of our own pockets but hopefully this year we might all make back a decent return from ticket sales once the run is over.”

The festival has recently come under fire for becoming increasingly unaffordable for artists, prompting its Chief Executive, Shona McCarthy, to encourage local homeowners to host performers through the TheatreDigsBooker website.

The Edinburgh Fringe Festival, hosted annually in the Scottish capital, is the largest arts festival in the world and for the past 71 years has been revered as a landmark celebration of culture and creativity. Famous past performers include Rowan Atkinson and Stephen Fry, as well as Eddie Izzard and Craig Ferguson, both of whom will be performing at the festival this year.

“It’s always a treat to be up at the Fringe to see the undeniably mad mix of shows on offer”, explained Houston, “but it’s performing our show from 22:40-23:35 each night that excites me the most as months of work can hopefully be enjoyed by both the group and the audience”.

Fellow group member Meghan Rowley – who, like Houston, has just completed her final year in Trinity said that it has been “amazing to see the growth of improv from my first year performing in front of 30 people to reaching the achievement of being in paid fringe in my final year”. Rowley said it was “incredible” to have been part of the group and its journey to success.