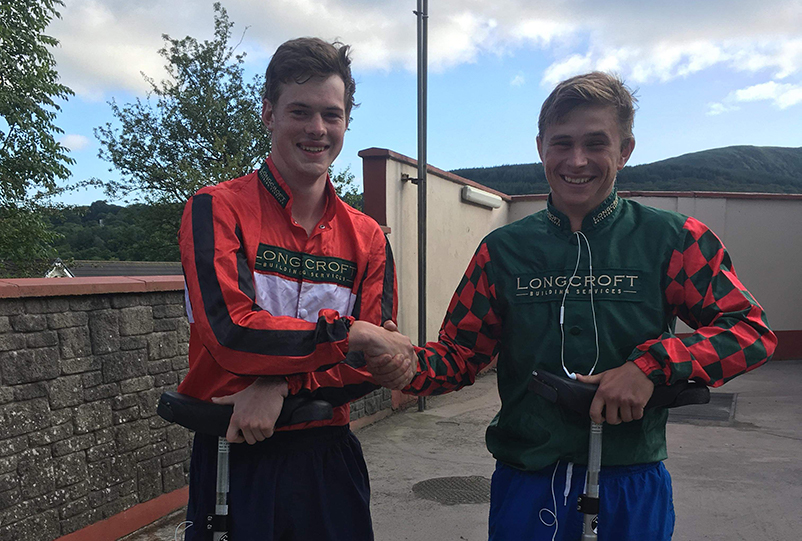 Horse racing remains one of the world’s most dangerous sports, for horse and rider alike. Injuries sustained by jockeys are as common as they are dangerous. Soft-tissue damage – to the head, face, shoulders and hands – is the most typical, followed by fractures and sprains, as well as the possibility of breaks, concussion and brain haemorrhages. Needless to say, it comes as no real surprise that horse racing is the only sport where an ambulance follows competitors around the course due to the risk of injury to jockeys every time they go out on the track.

Cue Forsyth-Forrest and Chamberlain, who hope that their efforts this summer will put some halt to the financial difficulties that many jockeys and their families face when the rider suffers injury. Self-assurance and good humour roll off the pair’s tongues as effortlessly as their single wheels roll down the road to Drimoleague – a small village in Co Cork – when they answer my phone call on a hot, sunny Thursday afternoon. Incidentally, it is July 4th, the first day of their gruelling 380-mile “race” – their words.

The pair make it clear that their undertaking is for the injured jockeys and their families, and they are simply giving back to the sport that has given them “some fantastic days racing across Ireland”. Chamberlain says: “There is no real sob story or anything emotional behind it – we just wanted to do something good.” Despite both being from racing backgrounds in the UK, Chamberlain and Forsyth-Forrest cite Ireland as the perfect choice for donations thanks to its “seriously talented jockeys with seriously talented horses”. But for the jockeys sidelined by injuries, Chamberlain adds, “it’s real trouble for them because they’re not like golfers or footballers. It’s very much the afterlife they struggle with”.

The pair’s endeavours have not gone unnoticed by the media, and they have already been interviewed by regional and national media outlets. Such attention, and much campaigning, has allowed them to raise almost half of their €20,000 target. They have an active presence on social media in which they have documented their progress – including offers of tea from the locals they have passed in the course of their daily 40-mile travels. 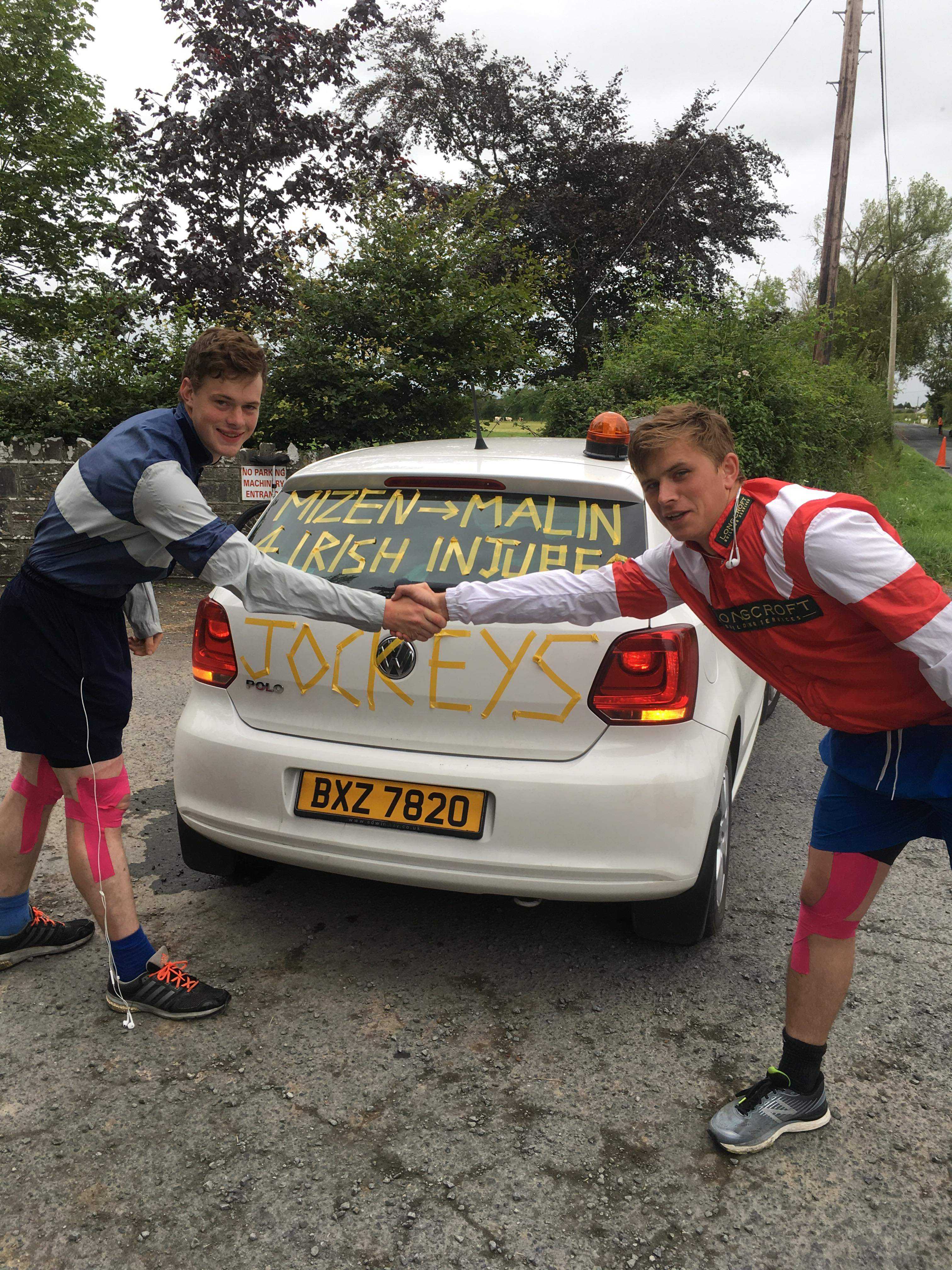 Hector Chamberlain and Will Forsyth-Forrest are currently attempting to set a world record by unicycling from Mizen Head in Co Cork to Malin Head in Co Donegal.

Our conversation is interrupted by a loud honking from a passing car. Chamberlain laughs: “Everybody’s loving it.” And they must make an unusual sight, two students kitted out in bright racing colours riding unicycles along the main road.

Clearly, then, the reception has thus far been positive. Commenting on the “beautiful, beautiful and such friendly people” of Cork, Forsyth-Forrest hails the generosity of everyone who has donated so far. “Everyone has been very generous towards this fantastic cause. We’re nearly halfway on our target. I think a lot of people don’t think we’ll do it but that’s quite encouraging to get half at this stage.”

They must make an unusual sight, two students kitted out in bright racing colours riding unicycles along the main road

The obvious question that continues to go unanswered is perhaps the simplest one: why unicycles? Chamberlain, laid-back, replies: “I think it’s something that hasn’t been done for charity before and it’s a little unconventional. It’s good fun and it’s good to try something new.” Understandably, coming from two men who are used to four legs under them rather than one, the road to achieving unicycling prowess took time and effort. The pair began training back in October to get fit and to a place where they now describe themselves as being “fairly good”, with Will’s efforts – including travails up and down Grafton St and Temple Bar – sounding like quite the spectacle.

It may have taken the bones of a year to get to where they are but the pair’s tremendous work seems to be paying off. As they pass through the many hills and bends of the Irish landscape, they may be feeling the effects of this month’s uncustomary warm weather and their unforgiving unicycle saddles, but as July 14th nears, they can be sure that their efforts will not be in vain and will be worth the pain. “The cycling itself is obviously quite sore and it’s only going to get worse”, Chamberlain says, “but I think, all in all, looking back on it, it’ll have been worth it”.