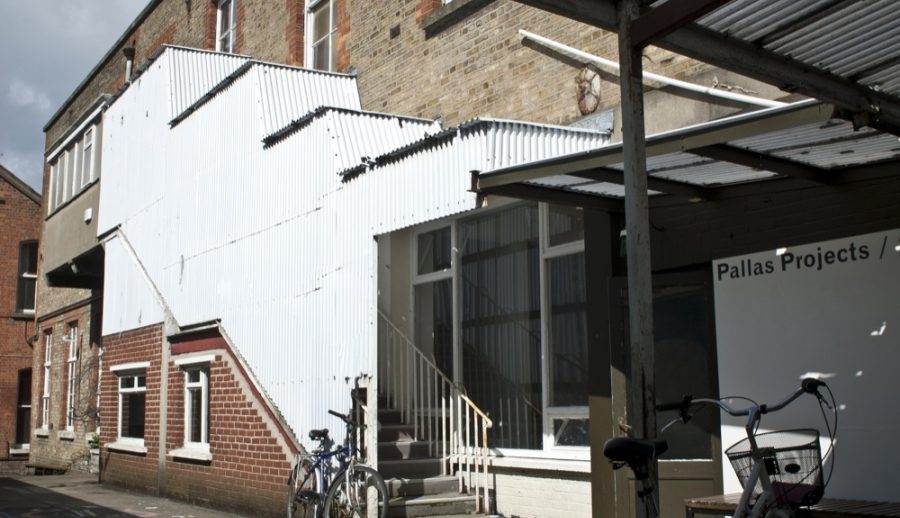 Arriving at Pallas Projects in the Liberties with the intention of reviewing Shiftings, an exhibition composed of works by Kevin Gaynor, Jamie Gilroy Barrett, Frank Prendergast, and Niall Linton, I am thoroughly excited to see the work of some of Dublin’s most exciting young artists. My optimism is momentarily dampened as I enter the gallery and realise that – with the exception of Kevin Gaynor and a woman on reception – I am the only person there.

Pallas Projects is one of Dublin’s smallest galleries and, despite limited funding, it has shown resilience in a brutally expensive city. I am disappointed on arrival, not by the show, which makes an immediate visual impact, but by the lack of audience.

Fortunately, this disappointment is soon forgotten, as I am confronted with an array of visual delights. Gaynor’s piece, “Ode Two Joy”, is standout. The installation, large and solid by design, is impossible to ignore. The piece consists of a piano, half of which is hidden inside a shipping container, while half remains exposed. Instinctively, I am tempted to tap the keys. When I say this to Gaynor, he laughs and says that viewers are more than welcome to interact with the piece. To my complete surprise, the piano emits a rendition of the European anthem, Ode to Joy, before I touch the keys.

The apparently self-playing instrument displays the letters “DON”. The first half of the word – “LON” – has been sawn off to accommodate the tessellation of shipping container and instrument. At this point, I begin to understand the implications of the exhibition’s title. Gaynor, who organised the show and chose its thematic focus, comments on the shifting of physical borders and cultural identities through his playful player piano. “The piano is from London, but has lived a life in Dublin”, he says. The music emitting from the instrument is a recording by Andrea Calabro Alegria, a Spanish artist living in Dublin. At the exhibition’s opening on July 30th, Alegria sat inside the dark shipping container for two hours, invisibly playing the European anthem.

Barrett’s “Hell is in Hello” is, like Gaynor’s piece, a sensory experience. A filing cabinet stands next to an oppressive fluorescent strip light. A set of headphones are attached to the cabinet and play monotonous industrial noise. I assume the headphones will continue to emit this heavy sound, until Gaynor punches the cabinet. In response to Gaynor’s physical contact with the cabinet, the headphones produce a completely different sound, and for the second time during my experience of this show, I am genuinely surprised. The overall impact is a surprisingly pleasant sense of disorientation, as an unassuming filing cabinet has been mysteriously transformed into an interactive music box. 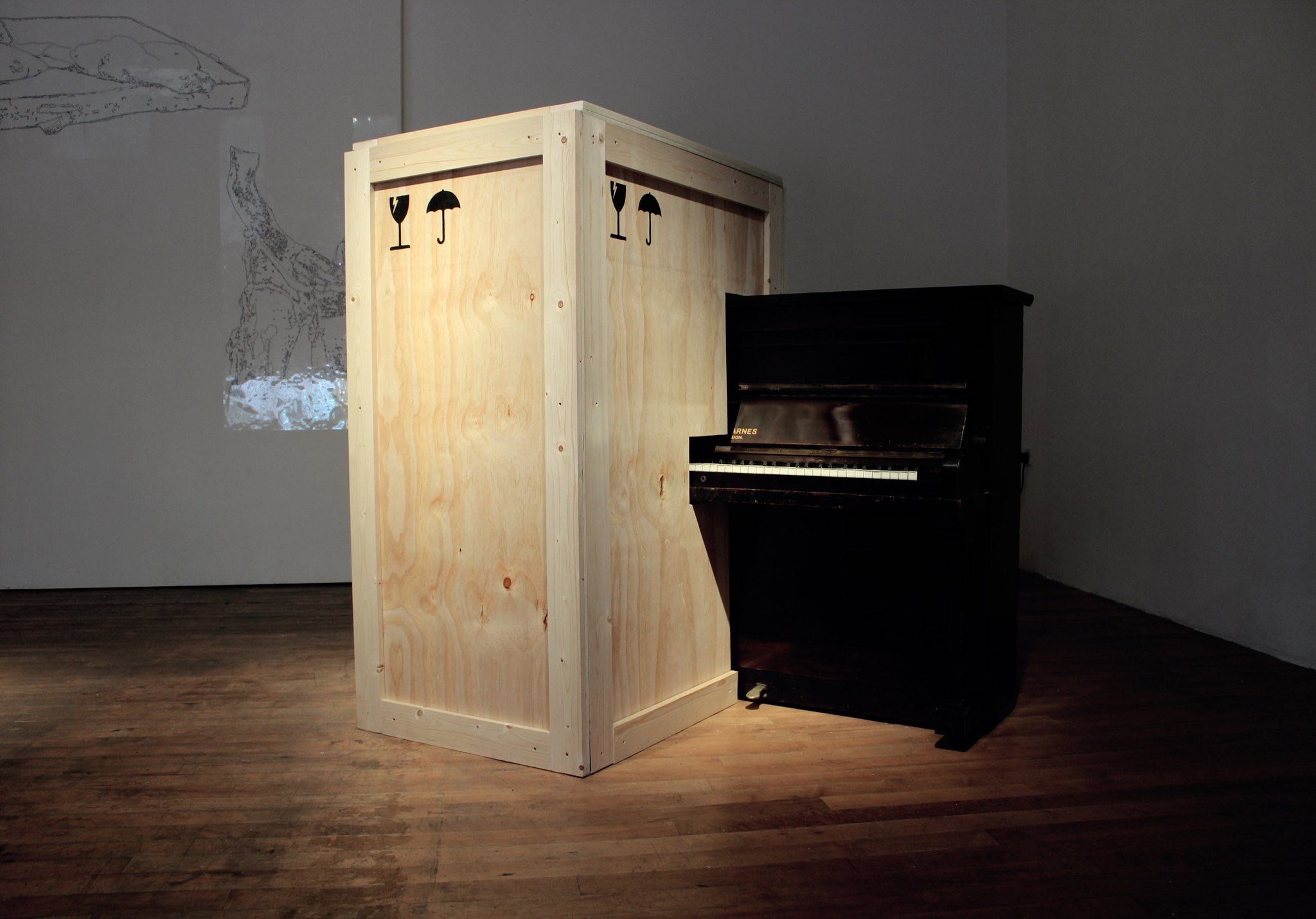 Every piece in the show is somehow reliant on movement. Both Prendergast’s and Linton’s installations hang from the ceiling. Prendergast’s piece, “There is no such thing as suck (The downvote of Damocles)”, takes form in an enormous downward-pointing arrow. The bright pink arrow is dramatically side-lit, casting a distinct shadow on the opposite wall. Passing the piece, the viewer’s shadow and the sculpture’s shadow become one. I am particularly impressed with this aspect of the piece, as Prendergast subtly comments on democracy and the importance of the individual.

Linton’s “The stakes are high deals” is composed of real poppy seed pods hanging from a chain, which is held by a hyper-realistic human hand attached to the gallery ceiling. The floor is littered with seeds that have fallen organically from the top of the chain, indicating the inevitable, irreversible nature of movement.

Shiftings is a wonderfully focused, coherent, entertaining exhibition. Gaynor assures me that although the show’s five-day run at Pallas Projects ended on August 3rd, he is in the process of submitting the exhibition to other local galleries. The show presents a wealth of creative talent, with an expertly balanced cocktail of poignant political commentary and playful interactivity. I can only hope that Shiftings will appear in another gallery soon, ideally with a longer running time and a larger audience.