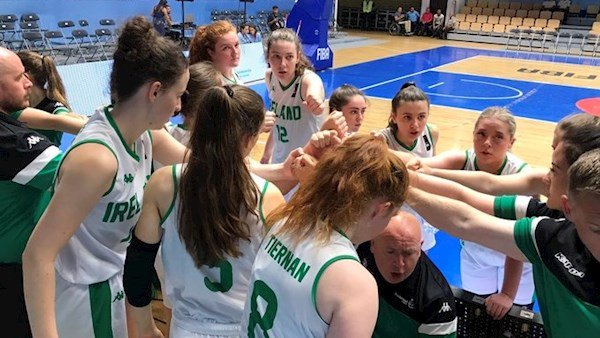 The dream is over for Ireland’s under-20 basketballers – a side including three Trinity students – after they were defeated 68-58 by Bulgaria in the semi-finals of the FIBA European Championship Division B yesterday.

Ireland came into the game on the back of three wins over Ukraine, Great Britain and Croatia, suffering a minor setback on Wednesday with their loss to Israel. Trinity was represented by three players – Alison Blaney, Rachel Huijsdens and Sorcha Tiernan – who featured regularly throughout the campaign.

Both teams began the game cautiously and were guilty of overplaying when shots were there for the taking. As the game progressed, Bulgaria zipped around the court with a footloose fluidity that Ireland could not live with. The majority of Ireland’s points came from the game’s highest scorer, Claire Melia. Her free throws kept the scoreboard ticking towards the end of the quarter. She also sank some beautiful two-point hooks from close range.

The Irish defended their basket much more diligently at the beginning of the second quarter. However, the Bulgarians were adept at shifting the ball around the court, making angles and waiting for the right time to strike. They didn’t shy away from attempting three point shots, scoring a total of eight to Ireland’s four. Early in the second quarter Yanina Todorova landed a crucial shot to extend Bulgaria’s lead to eight points.

As Ireland looked in danger of being left behind, Enya Maguire and Trinity’s Tiernan combined with some intricate passing, before Maguire floated in a three pointer from way downtown. Shortly afterwards, she was found by a sniping cross-court pass from Huijsdens that took out the entire Bulgarian defence, and scored two points, reducing the lead to three points. Bulgaria snapped back quickly with two points to maintain their lead at the break.

The third installment began scrappily, with Ireland doing their utmost to turn the tide in their favour. Possession changed hands multiple times, with both sides failing to convert. In a moment of individual brilliance, Tiernan lifted her head above the pit and looped the ball into the bucket from three-point range – an effort which brought the entire Irish bench and the smattering of tricolours in the arena to their feet.

The momentum briefly swung in Ireland’s favour. Tiernan and Melia mounted the pressure on the Bulgarians with a pair of two-pointers. Ireland took the lead for the first time since the third minute of the contest, nosing ahead 36-34. Bulgaria were rattled and a time out was called.

The following moments were some of the most impressive of the afternoon. Karina Konstantinova scored consecutive three-pointers to claw back the lead. With an electric second wind, they began to swarm the Irish, who became cumbersome and sloppy in possession. Bulgaria eventually raced into a game-high 12-point lead. Ireland kept things alive, with a small rally – including a lofty three pointer from Dayna Finn – reducing the deficit to seven.

The final quarter was a game-management exercise for Bulgaria. The final score of 68-58 was a fair reflection of a game in which Ireland were always competitive, though they fell agonisingly short of the standard set by Bulgaria.

Despite this evening’s result, Ireland’s basketballers will tomorrow face Great Britain in another high-stakes match. Victory against their opponent will secure a bronze medal finish in the championship, along with promotion to Division A.