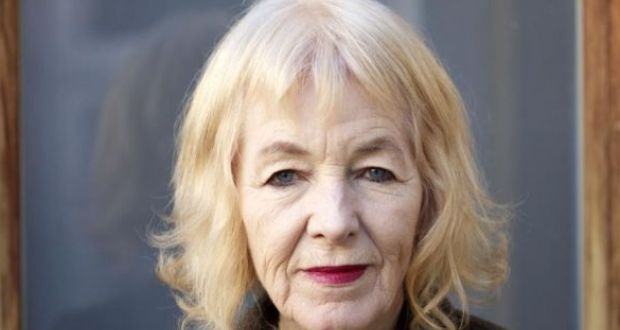 Epiphanies, or pivotal revelations, are rare beasts – fleeting and life-changing. One of my best came when I was on holiday, aged 16, upside down in a grassy, sunny ditch in Kerry, reading Dostoyevsky. Initially struggling, soon I was swimming, buoyed by Fyodor’s sensational story. That someone could do this! Create a universe where life could be examined – the shiny bits as well as the muck, or, “all the terrible whispers from the unspeakable margins” (John Cowper Powys) – oh wow.

By the time I’d climbed out of the ditch and cycled back to the family holiday home, I’d made up my mind: I was going to be a writer. That was that.

Declaring my love for Fyodor Dostoyevsky, and writing, conferred immediate benefits as well as long-term ones. Born into a big Catholic legal and political family, finding your voice, your tag, is crucial. “Oh, she’s the one who wants to be a writer? Excellent, that’s one of them sorted.” It also gave me access to the adults – definitely a species then distinct from my own. Russian literature, particularly Dostoyevsky, was their Netflix. My dad and my uncle Hugh swapped Dostoyevsky quotes – “it’s not God that I don’t accept, Alyosha, only I most respectfully return him the ticket”, or “the whole work of man seems to consist in nothing but proving to himself every minute that he is a man not a piano key” – followed by much delighted laughter.

Of course, it took ages and ages to get properly going – as a woman, and as a writer. This was 1960s Ireland. Unlike London, which was beginning to get going, Ireland was still stuck fast under the Taliban-esque rule of post-independence patriarchy, working hand in glove with the Catholic Church. Edna O’Brien’s Country Girls was being burned and women were actively precluded from most of the professions, all of the trades and the entirety of the Catholic hierarchy. My Dostoyevsky-inspired stumbling on a more or less gender-neutral life choice was a bit of a miracle.

We were harlots! Lesbians! Cat lovers! How dare we mouthy sirens question the lads’ inalienable right to steak dinners, unexpected and un-pretty sex on demand?

Things were mostly appalling for women. “Career” choices included: getting a secretarial job, going into the civil service or the bank if you were middle class, into a factory if you were a worker, or staying put until you ‘found Mr Right’. Once married, you quit whatever job you had (the law said you had to) and devoted yourself for the rest of your days to having babies, making steak dinners and scrubbing toilets. Lovely.

Lots and lots of women went quietly mad, or became dependent on drink or Valium – “the nerves are at her again”. There was no divorce. No contraception. Absolutely no abortion, and rape within marriage was legal. Legally, an Irish man could go to the UK, divorce his wife without her knowledge, take their children and the family home and leave her with nothing. Legally.

It wasn’t until our lot, the Irish Women’s Liberation Movement, came along in 1972 that this cozy and suffocating consensus was queried – as in given a really good kicking: “Excuse us, Mister, but why exactly is everything set up entirely in men’s favour?”

When we published our booklet, “Chains or Change”, detailing how girls and women, widows and seamstresses, teachers and “mothers outside of wedlock”, were being treated, we were the first people in the state ever to do so.

We went out and made the news, then came back to our offices and wrote it up

When we discussed “Chains or Change” on the Late Late Show, the establishment and the Church boys went bananas. We were harlots! Lesbians! Cat lovers! How dare we mouthy sirens question the lads’ inalienable right to steak dinners, unexpected and un-pretty sex on demand, and privileged access to jobs, money, loans, houses, and, of course, the boozer? How dare we!

Being young and full of it, we dared away like anything. Being a writer meant I was right at the front of the action. As Mary Kenny said, we went out and made the news, then came back to our offices and wrote it up. Heady days.

Our demands were: 1) equal pay, 2) an end to the marriage bar for working women, 3) equal rights in law, 4) justice for widows, “deserted wives”, and “unmarried mothers”, 5) equal education opportunities, 6) contraception as a human right and 7) one family, one house.

Suddenly, “women’s issues” took over 1970s Ireland’s public conversation, snatching feminism from the broom cupboard she’d been stuck in once the good offices of women in the battle for independence – as soldier, scout, nurse, cook, concealer of weapons, and more – were no longer needed by the men busily setting up the “Republic”, and they’d been told to return to their kitchens.

Our own group, the Irish Women’s Liberation Movement, didn’t last beyond nine months, but groupings large and small, many still in action, sprang up. Some continued feminist agitation, some helped unmarried mothers, adoptees, battered wives, the politically hungry – patriarchy’s refugees.

Then along came the 1980s, and things took a turn for the worse. As the religious right marshalled its forces – including lawyers, doctors, academics, teachers, politicians, sports organisations and the myriad religious organisations then embedded in the community – it fought, and won, a bitterly contested referendum for the insertion into the constitution of that irremovable (or so they thought) French letter: the eighth amendment. A referendum banning divorce was also carried. There was the Kerry Babies scandal, and the appalling death of 15-year-old Ann Lovett giving birth, alone, in a grotto in Longford.

Feminism was on her knees, and weeping.

Then, the bubble burst just as insanely as it had expanded. With thousands of jobs, bank savings, houses and pensions – plus millions in collateral – gone down the toilet overnight, the pain of the ensuing hangover gradually prompted fresh questions: was unbridled, unregulated patriarchal capitalism really such a good idea?

Feminism was back and she had an opinion: enough was fucking enough already. Out of seemingly nowhere, out of everywhere, the MeToo movement was born. Feminism’s latest wave had landed. As an exemplar of how quickly the tide turned, the story of Harvey Weinstein – once unrivalled king of Hollywood, now divorced, disgraced, unshaven and awaiting trial – has it all. Mr Untouchable turned Mr Pariah. If, before MeToo, every trembling victim of the casting couch was sensationally vulnerable and alone, suddenly we were millions. Suddenly nobody was too powerful to face the music, not in public life, not in the arts, not in sports. Nobody.

But complacency is of course not an option. As Kate Millet warned all those years ago in Sexual Politics: “Patriarchy, reformed or unreformed, is patriarchy still: its worst abuses purged or foresworn, it might actually be more stable and secure than before.”

Turbo-capitalism doesn’t seem to be an option either: pillaging Mother Earth is as misogynistic as any abuse against women.

What’s a right-minded girl, or guy, to do?

Let’s give the last word to the wonderful Dostoyevsky: “Don’t lie to yourself. The man who lies to himself and listens to his own lie comes to a point that he cannot distinguish the truth within him, or around him, and so loses all respect for himself and for others. And having no respect he ceases to love.”