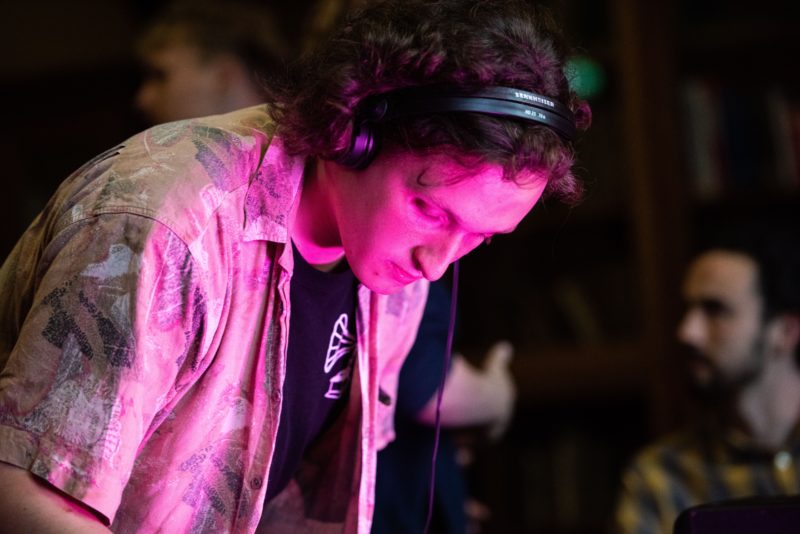 The second edition of DUDJ’s society tutorial series, held last night, provided the society with a solo platform to celebrate the work of student DJs.

As a society probably best known to the student body for Pav takeovers and large social events, DUDJ’s tutorial experience gave the society an opportunity to take us behind the scenes of club music and explore the skills and technical intricacies of what may be the most overlooked of the musical arts.

Following its involvement in Wind Wave Rave – an event jointly organised with Trinity’s windsurfing, sailing, and surfing clubs – DUDJ took to the rather more prosaic location of the Graduates Memorial Building (GMB) last night, but members were as comfortable there as in a tent in a field on the coast.

At first, the idea of a techno-based tutorial session being tucked away above the heart of Trinity’s oldest and most traditional debating societies felt a little incongruous – dropping the bass and sick beats over the heads of philosophical parliamentary verbal sparring seems odd in theory, yet from the outset it all worked.

The atmosphere in a word was cosy – the weather outside was dire but inside there was a warm atmosphere and an interested crowd. Complimentary drinks and homemade brownies certainly didn’t hurt either.

My knowledge of DJing and making music has never strayed far beyond a few reliable Spotify playlists or occasionally hitting an instrument until it made a noise, but that lack of experience proved not to be an issue. Under the guidance of tutorial officer Daniel O’Brien, the confusion of sliders, knobs and all kinds of buttons and switches that comprise the basic disc jockey hardware became a lot less intimidating.

The evening organised itself so that every attendee had the chance for a one-to-one tour of the art of DJing. Over the course of four to five minutes we had the opportunity to quite literally make some noise – modifying tracks, creating sound effects and beginning to understand just what being a DJ actually involves on a technical level.

As a student, the word “tutorial” doesn’t typically bring me a great degree of excitement. If anything, it triggers flashbacks of awkward silences, unanswered questions and a distinctly unenjoyable cocktail of pressure, embarrassment and confusion. Tutoring in the style of DUDJ is something far removed from that description, though admittedly the complete informality of proceedings could itself have been a little disconcerting to those without any previous experience of the social side of society life.

It was perhaps unavoidable in an environment centred on music and performance, but the atmosphere from the beginning of the evening leaned more sharply on entertainment than education. Nonetheless, standing in the crowd cheering on the various musicians taking their turn at the table, it did not take any great leap of the imagination to feel part of some carefree counter-culture.

Speaking to The University Times, Niamh Barry, an ordinary committee member and self-described unofficial sub tutorial officer, was keen to emphasise that DUDJ wants to be inclusive and empowering to every member of the College community.

It was noticeable that, while the committee this year may have a sole female member, the crowd attending was more balanced and perhaps more representative of the “safe environment for everyone” that the society champions. DUDJ has big plans for the coming year focused on promoting inclusivity and accessibility for all with an interest in the profession.

DUDJ tutorials are held fortnightly in the GMB’s resource room on the top floor. Because it’s a society event, you need to be a DUDJ member to attend, but anyone can sign up at the door anyway.