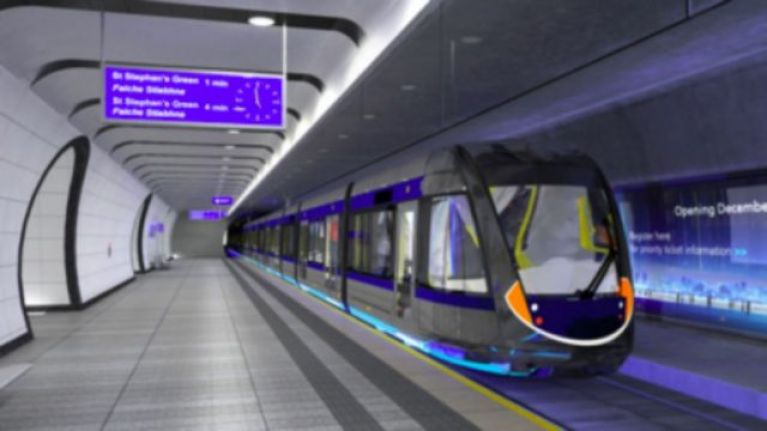 Work on a new Dublin new metro line planned to run under Trinity’s School of Physics could disrupt research taking place in the building, according to the school’s manager.

Metrolink, which will link Dublin Airport to the city centre, was originally meant to run underneath the College’s Centre for Research on Adaptive Nanostructures and Nanodevices (CRANN), but the proposed route has since been altered and it is now set to lie beneath the Fitzgerald Building.

Documents previously obtained by The University Times under the Freedom of Information Act – when the metro was thought to be running underneath CRANN – revealed Trinity’s concerns that the new metro line could “impact on our site, our heritage buildings, our modern buildings which have deep basements and the potential impact on our future developments”.

Ground assessments are currently taking place in Trinity for the new line under the Fitzgerald Building. In an email statement to The University Times, Dr Colm Stephens, the school manager in the School of Physics, said that “vibration sensitive experiments in our labs will have to be scheduled” around the tunneling scheduled to take place.

This, he said, is the result of the “associated noise” from the tunneling, which “will have vibrations associated”.

Stephens said possible damage to the building – which dates back to 1906 – will likely only be minor: “Expected settlement will be very small, which could result in the production of small paper cracks in plaster, but no structural effects.”

“Monitoring will be conducted if deemed necessary”, he said.

The MetroLink was originally planned to run under the Sports Centre, which also houses the College’s Centre for Research on Adaptive Nanostructures and Nanodevices (CRANN).

Emails obtained by The University Times under a Freedom of Information request showed that College officials had raised serious concerns about the effect of the works on research in CRANN. The metro, according to the correspondence, had the potential to “halt world-class international research”.

Speaking to The University Times last week, Prof Stefano Sanvito, the director of CRANN, said: “Essentially, in the basement we have a set of [equipment] for extremely precise measurement for very tiny objects.”

Vibrations in the earth from nearby construction could cause the equipment to generate inaccurate results, or none at all, he said.

“If the object you try to measure vibrates, a measurement cannot take place”, he said.

Other equipment in the building – including one implement that fires electrons at a screen for scientific purposes – could also be compromised by the noise made by construction works, as sound waves would cause the electrons to become displaced in the air.

After the initial plans were announced, College officials expressed concerns about the new MetroLink slowing down development of Trinity’s landmark Engineering, Energy and Emerging Technologies (E3) Institute. The “huts” opposite the Hamilton, as well as the old biochemistry building, are to be demolished and replaced with the new institute.

The E3 Institute will be housed in two separate buildings – one on the east end of campus and the other in Trinity’s Technology and Enterprise Campus (TTEC).