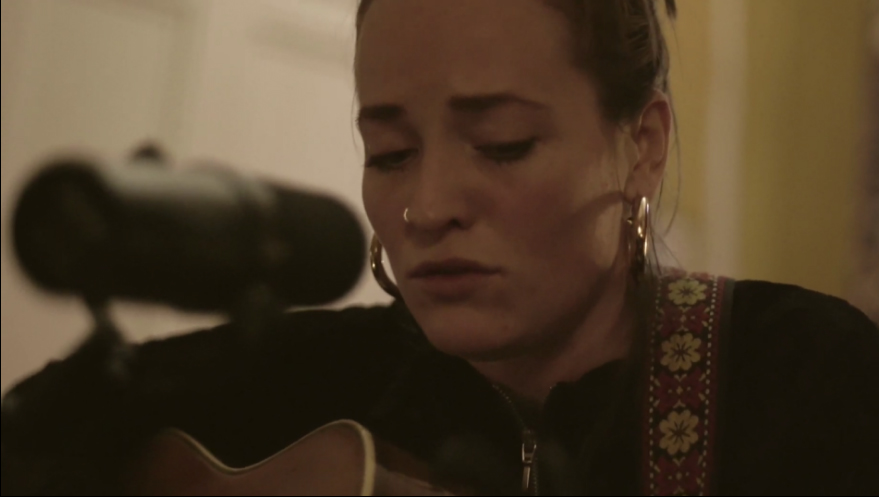 Like many Irish music lovers today, filmmaker Myles O’Reilly and presenter and multimedia artist Donal Dineen are discontented with the lack of representation given to alternative Irish artists in mainstream media.

It was for this reason that, in 2017, they came together to collaborate on a project that has since blossomed into a dynamic site of creativity for musicians and visual artists alike. This Ain’t No Disco, which takes its name from No Disco, a live music show that aired on RTÉ from 1993 to 2003, is an online showcase of live music and interviews that promotes underrepresented musicians and visual artists working in Ireland today.

This Ain’t No Disco comes as a welcome relief from social media feeds and radio waves that are inundated with broadcasters and promoters plugging mainstream, genre-specific music. The aesthetic and artistic content of the show marries well together under the DIY ethos – the existing four episodes have been made with next to no budget, and, for the most part, without funding or outside investment. Lauren Varian, one of four in the core production team, says that the team wants, and has had in the past, 100 per cent creative freedom, and is therefore not actively looking for corporate investment.

This freedom certainly contributes to the particular type of magic that is created through the intimacy of the recordings and performances captured on the show. So far, the project has featured prominent artists such as Junior Brother, Conor O’Brien, Katie Kim and Lisa O’Neill.

Varian says that the team wants to work with artists that are on the “breaking wave”, so that the show might just be the little thing that pushes them to where they need to be going. The ultimate goal of the show is simple: to get more people listening to the music. As far as audiences go, the show is aimed at any and all music lovers, but she notes that middle-aged music fans are generally ignored in music media, and that fans of the original No Disco show do follow the series, through which they are exposed to new Irish artists.

In July, This Ain’t No Disco was denied Arts Council funding, which came as a significant blow to the creators. With some of the episodes having received over 6,500 views, and some of the outtakes, such as Lankum’s Hares on the Mountain, receiving over 130,000, it seemed clear that there was demand for what the show was offering. When the Arts Council’s decision was announced, the fans and the creators of the show alike expressed their deep disappointment online.

But, in a roundabout way, being denied the funding gained the show more publicity, and Varian says she feels confident that funding will come from other sources, such as Patreon donations and fundraising events. As O’Reilly said to followers on the This Ain’t No Disco Facebook page, the council’s decision to deny the show funding essentially meant denying at least 30 emerging acts the opportunity to gain exposure from one of the only Irish platforms designed with something other than financial gain in mind.

The team’s members are certainly not alone in their sentiments about the current state of the Irish music industry. The initial artistic intention of music is so often made invisible by the many hands involved in its journey to the fore of music media and mainstream broadcasting. The show’s mission statement is to eliminate the unnecessary channels between artist and audience. Dineen’s take is straightforward: “Let’s face it. The middleman is a dope. Here’s to the true believers.”

A second season of This Ain’t No Disco was announced this week, alongside a date for a fundraiser to precede the first episode, which is set to air on January 1st, 2020. The event is billed as an evening of music and conversation and will take place on September 26th in D-Light Studios, with tickets priced at €20. Without a doubt, the show will continue to provide invaluable exposure and opportunities to new Irish talent, and for this musicians and music fans alike are enduringly grateful to the This Ain’t No Disco creators.