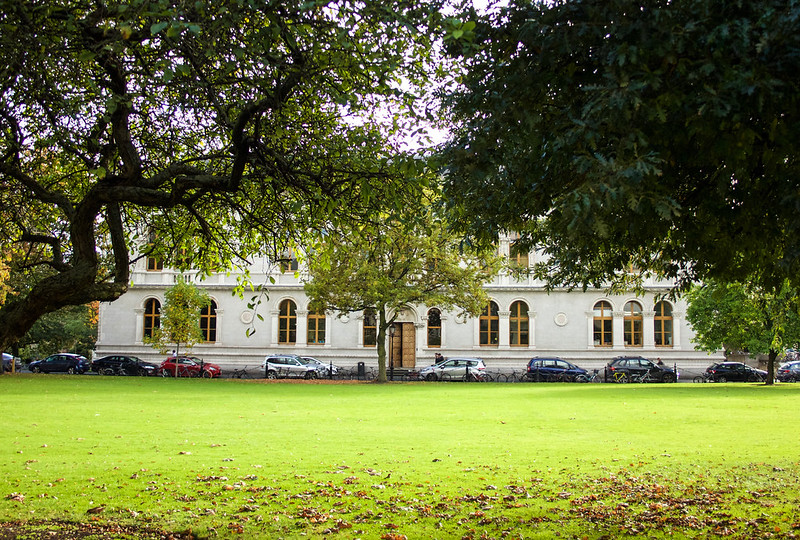 As I sit in a tutorial, a wave of dread comes over me. My head feels light and my thoughts are hazy. I can’t remember what I ate for breakfast – or did I eat breakfast? I try to cling on to something real in my mind – a name, a memory, a loved one’s face – before the lights shut out and I have a seizure. I count to 10 over and over, trying to maintain a neutral look on my face, until I feel normal again.

I bend to pick up my bottle of water and shakily take a few gulps.

I get this feeling a lot. I started having seizures when I was 17, and now whenever I think I’m going to have a seizure, I get these anxiety attacks – the fear of collapsing and hurting myself only surpassed by the humiliation of collapsing in public.

My doctor says that drinking and sleep deprivation are my triggers, but really seizures are pretty random: I was well-rested and frustratingly sober for my past two. I’ve tried desperately to find patterns to explain them (I ate green liquorice before one seizure so now I avoid eating jellies at all costs), but have so far failed.

As epileptics go, I’m pretty lucky. I average about a seizure a year. But the fear of having a seizure is there constantly. The dread hits me randomly: in the middle of conversations, in the Workman’s smoking area, in the Berkeley.

And, like all invisible disabilities, my condition is unnoticeable. One of the worst things about this is the loneliness. I’m sitting in a tutorial, my mind is going 90, my heart is speeding and I’m certain I’m about to collapse. And no one knows.

No one is there to say: “Are you alright?” My TA doesn’t know to leave me alone for the rest of the tutorial. People don’t know that I’d prefer to miss lunch and just sit by myself and calm down. Only I know what’s going on, and that’s a lonely feeling.

The fear of having a seizure is there constantly. The dread hits me randomly: in the middle of conversations, in the Workman’s smoking area, in the Berkeley

And, worst of all, people are baffled by odd behaviour that can only be explained by a disability that they can’t see.

They look uncomfortable when your hands start shaking uncontrollably and you start tapping your foot on the floor, readying yourself for a seizure that doesn’t come. They exchange looks when you abruptly say “bye” and run to the nearest toilet cubicle to curl up against a wall and ride out an anxiety attack. People look disappointed when you say you’d rather not go out that night because you have a 10am tutorial. What they don’t know is that, in that moment, there is nothing in the world you want to do more than go out with them, but also know that it would needlessly put you in harm’s way.

My closest friend group, however, are the experts in dealing with people suffering from invisible disabilities.

They are utterly non-judgemental. When I cancel last-minute on plans to hang out and get Chinese food, they text: “No worries at all. Hope all is well and shoot me a message if you want to chat.” When I go off on a long, incoherent tirade about my countless problems, both real and imagined, they show zero judgement – just sound advice and caring nods.

When I collapse on the floor inside Wigwam and have a seizure, they crouch down beside me and tell me everything is going to be OK: help (my mam) is on its way.

When I feel steadier, they help me up, get me a glass of water and make stupid jokes with one of the bouncers, while we wait for my lift home.

The next day, it’s back to slagging me in our group chat. I’m not the fragile weirdo I was afraid they would see me as: I’m just their friend.

(Incidentally – and this is a great example of how to talk to people with invisibility disabilities without making them feel judged – one of the guys I didn’t really know that was on that night out came up to me at a gaff party a few months later and laughed: “You thought your night went badly? A while after you left, my cousin fell on the stairs and broke his tailbone.” This joke made my seizure feel like such a triviality that I almost welled up: in his eyes, shunning me for having epilepsy would be as absurd as shunning his unfortunate cousin for falling over.)

When I go off on a long, incoherent tirade about my countless problems, both real and imagined, they show zero judgement – just sound advice and caring nods

My friends don’t judge me when I act weirdly, and in exchange I don’t judge them when they do weird stuff. No one has to share what’s going on, but the option is always there. This lack of judgement is at the core of our friendship: we are all so dysfunctional in our own right that erratic behaviour is unquestionably grand.

So many people could do with following this rule: lecturers getting pissy about a missed tutorial, for one. What they don’t know is that the tutorial is at 9am, and you spent the night before counting the hours go by, weighing up whether or not it is worth risking going to a tutorial on three hours sleep or whether you should just sleep in and avoid a potential seizure.

People at parties are another one. Since I was 17, people have been asking me: “Why aren’t you drinking?” I have been asked this millions of times. I usually smile and mutter something like: “I have to get up early tomorrow.” They look at me like I’m a killjoy. “Ah go on – have a shot with me.”

What should I say? “I’m just worried that if I drink I will collapse into fits on the floor in the middle of the Workman’s smoking area.” Obviously not.

So, don’t judge people. Don’t accusingly ask people: “Why aren’t you drinking?” If someone cancels on going for a coffee without a reason, just send back: “No worries – if you need anything hmu.” If one of your students clearly hasn’t done a reading, don’t keep asking them questions about it during a tutorial.

If someone is acting oddly, just get on with your day. People with invisible disabilities walk among you, and that’s worth bearing in my mind when you’re dealing with people. Everyone has stuff going on in their lives that they shouldn’t have to explain.

And if you do find out about someone’s invisible disability, don’t ignore it or avoid them. Accept that they’re just like you: a normal person with some personal problems that they can’t help. Be understanding – having an invisible disability is a bad thing, so there’s no point in pretending otherwise – but don’t make them feel like they are “other”. Instead, meet their eye like you would anybody else’s, smile warmly and make a joke about your cousin’s broken tailbone.