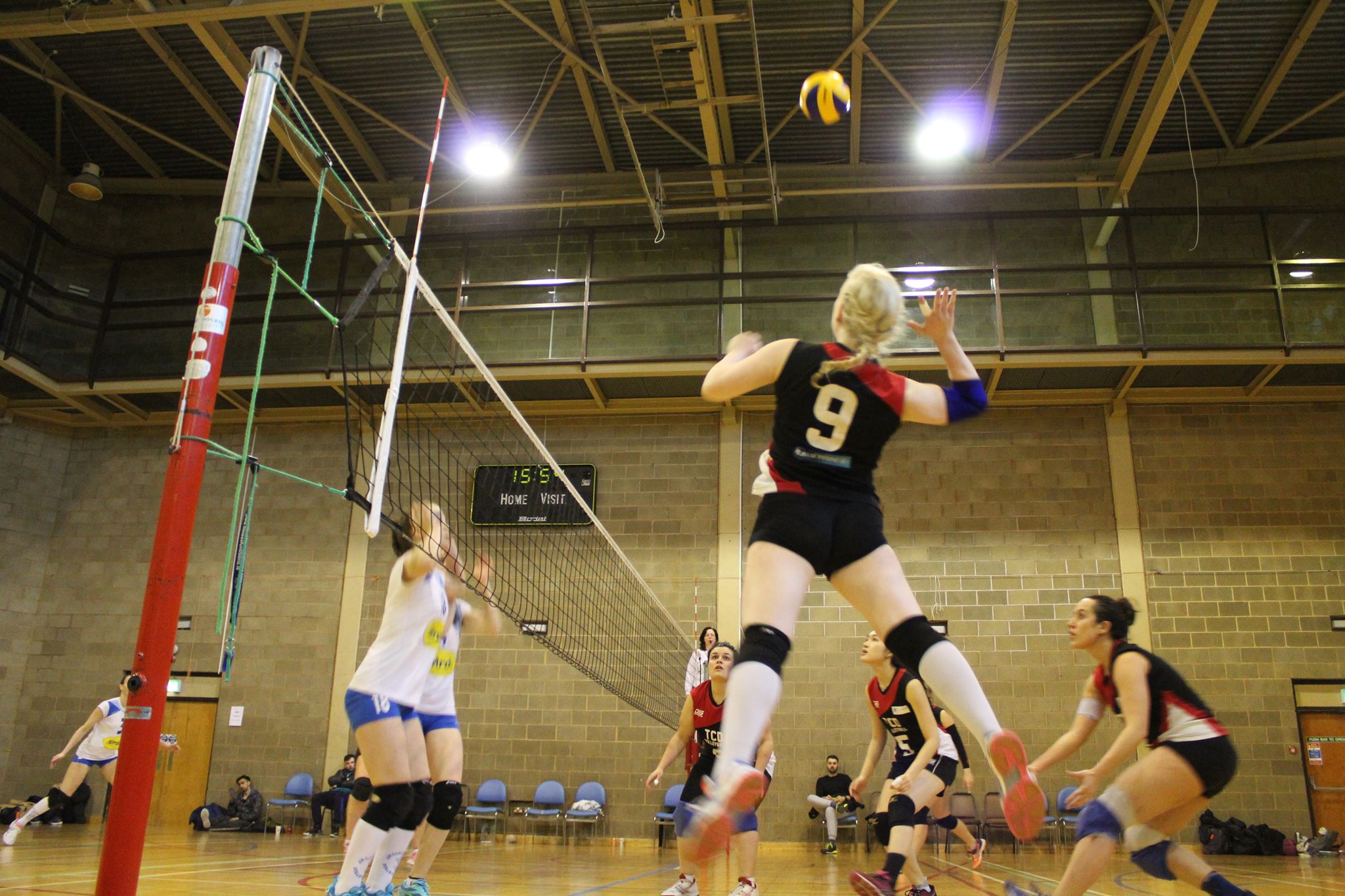 Trinity set the pace early on. Despite Gardians enjoying a significant height advantage, Trinity raced to an early lead. Jennifer Gansau and Mieke Dumont displayed some clinical finishing as Trinity stormed to an 8-11 advantage in the first set.

Amid the offensive quality on display in the early phases, Trinity’s defensive game consolidated their lead, epitomised by Ailis Wynne’s block on a venomous Gardians smash early on.

Trinity’s relentless onslaught at the net – spearheaded by the tireless Dumont – pummelled the seemingly impregnable Gardians defence, led by their ubiquitous captain Indie Simliute, whose limbs seemed to span the net.

Alicia Green’s salmon-esque leaps provided the most stable of foundations for Trinity’s attacking flair, as they secured a breathless first set 20-25.

The second set made for sombre viewing for Trinity. Gardians raced to a 10-2 lead from the off. Despite the away side’s best efforts, Gardians bulldozed to a 25-13 win in the second set, with captain Simliute particularly destructive on the offensive.

Trinity’s loss of a titanic first point in the third set – a point that involved numerous point-saving dives – was a key turning point in the match. Both sides showed flashes of brilliance and plenty of desire, but ultimately the more experienced Gardians came out on top.

Trinity refused to succumb to the sort of barrage seen in the second set, but despite keeping pace until 10-9, they slipped to a 25-17 loss in the third. It was by no means a walkover for the home side, as the flushed faces of the Gardian players clearly testified.

Psychologically, however, the third set was massive for the hosts, as proven by their celebrations at the conclusion of this third set.

Yet while it appeared to be a marker for Gardians, it seemingly had little, if any, effect on the doggedly determined Trinity team. Trinity went 4-0 down at the beginning of the fifth set, yet they refused to crumble under the mounting pressure – especially after being edged out in the seismic third set.

Each team exchanged alternating blows to the scoreboard, with little respite for either side at 10-10. It was as this point that Gardians – the outstanding Mclullian and Silbert still acting as totems of dependability and destruction respectively – killed off the match, with Trinity beginning to run out of steam. The scoreboard’s steady slip from 10-10 to 24-15 saw the game drift out of reach for the Trinity side.

With defeat looming, Trinity battled hard, adding a 16th point to their score in the fifth set. Gardians promptly closed off the tie in the proceeding play, claiming the last set 25-16.

On the day, the gulf in quality proved too much for Trinity. Despite the result, a high quality performance from Trinity will be encouraging for the side in their first league outing.

Trinity will travel to Naas next weekend where they will continue their search for a first league win of the season.